Cary, NC – Cary’s cultivator farm leased its land back in August 2016 and after going through their first Summer production, Good Hope Farm is now opening a pop-up produce stand this Summer.

Good Hope Farm, which is a part of the 30-acre historic A.M. Howard Farm, has already been selling produce to farmers’ markets in the Wake County area but now, until July 31 each Tuesday, the farm will operate its own produce stand to sell the fruits and vegetables grown there. Shoppers can check the farm’s Facebook page to see what produce will be sold each week.

Sarah Justice, environmental outreach program coordinator with the Town of Cary, said the produce stand represents an important and celebrated milestone for the cultivator farm.

“We had the first real Summer of production last year. The farm started slow but we knew it would be like that because we had details to sort out at first,” Justice said.

“Now we’re at a place where we’re building soil and farmers are planning out for the future,” Crouse said.

Good Hope Farm currently has eight farmers and six farmer businesses and Crouse said one of the goals with the farm is to not only support the farmers but also to help them bring their produce to customers in Cary.

“That’s harder than it sounds,” Crouse said. “You have to know when your yields come in and how much you’ll get.”

To read the full story, go to FoodCary. 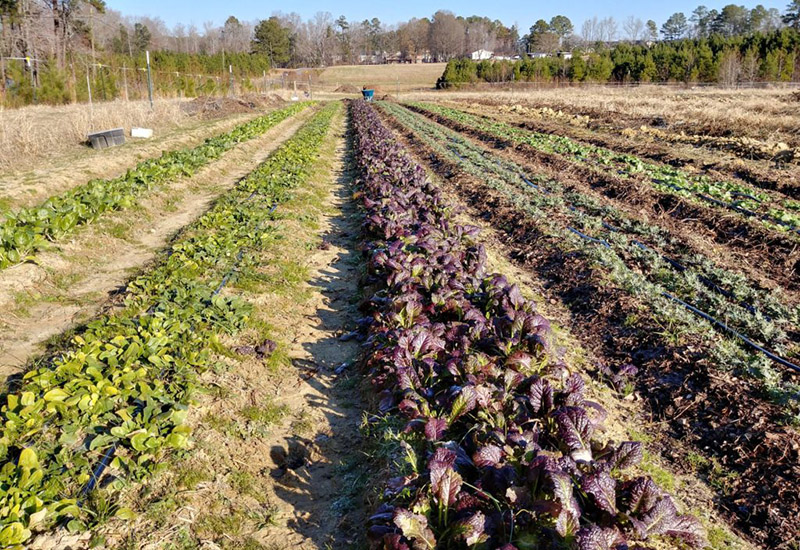 July 2018 Films at the Cary Theater