Cary, NC – Reports show Amazon is planning to narrow its 20-city shortlist for its second headquarters again in the coming weeks, so we look at a new study of the current finalists to help predict if the local area will make the cut.

Where Does the Triangle Rank?

In a recent study by CNBC, the financial news agency looked at Amazon’s own criteria for HQ2, namely:

Specifically, the CNBC report says it looks at the states where these finalist cities are located and references data from their own study on best states for businesses.

In the CNBC study, the Triangle, which is listed as just “Raleigh,” scores a B. That puts the local area in the middle of the pack, with only eight other cities scoring lower, including New York City, Pittsburgh, Philadelphia and Chicago.

The Triangle’s biggest strike in the study is Amazon’s requirement for location. This could mean limited real estate options for Amazon to pick an HQ2 location or it could refer to housing options for future employees. Also, public transportation continues to be a sticking point with Amazon and the Triangle and North Carolina

While the study ranks the area’s economy high, it also says political fights between the executive and legislature mean the landscape in North Carolina is not “stable” and therefore it’s harder to for a business to predict what will happen next. The study says these two factors may balance each other out but it is still a listed concern.

In CNBC’s study on best states for businesses, North Carolina came in ninth nationwide, but 21st for infrastructure and 28th for quality of life.

If all the metropolitan areas who rank lower than the Triangle are removed from Amazon’s 20-city list, there are still 12 other cities left. It’s unclear yet how much Amazon will narrow its list in the coming weeks – it could drop it to a final four, it could drop one or two.

Assuming Amazon will trim its shortlist by half, then the Triangle looks like it is just on the bubble. Other cities nearby in CNBC’s ranking are Columbus, Indianapolis and Los Angeles. However, the CNBC study also questions whether Ohio or Indiana have the technology jobs to support the HQ2 campus, where it says the Triangle has done a good job of attracting those sorts of workers.

The top ranking cities are still Atlanta and Boston, with Austin and Dallas both doing the best in this study as well. 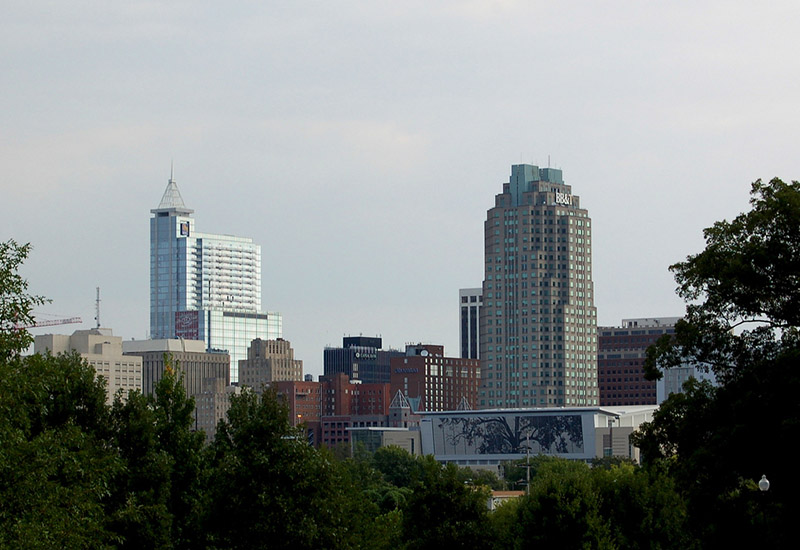