Cary, NC – This week was all about Hurricane Florence.

Monday started with calls to council members to hear of questions or concerns about the scheduled council meeting on Thursday. When I talked with staff later in the day we agreed that the Hurricane would be having an impact on Cary Thursday evening so we decided it was best to cancel the meeting.

Monday night I participated in the Pro-Am at the Cary Tennis Championships. There were about 25 amateurs and 4 professionals. One of the amateurs was Knightdale mayor James Robertson. We all had a wonderful time.

Tuesday the majority of the citizens were preparing for the storm with long lines at gas stations and grocery stores. There was an impending feeling of doom although everyone was doing their best to carry on with normal activities. It should be pointed out that the town had plans for this kind of event and started preparations long before the storm arrived.

In preparation for the storm I signed two emergency declarations in form of a proclamation. On Tuesday I signed on to Wake County’s signing state of emergency:

PROCLAMATION OF A STATE OF EMERGENCY

By the Chairperson of the Board of Commissioners of Wake County:

WHEREAS, Hurricane Florence is currently a category four storm that is forecast to make landfall along the North Carolina coast this week and bring damaging winds and heavy rain to Wake County.

WHEREAS, the hurricane is expected to knock down trees and power lines and cause significant flooding in Wake County, potentially leaving residents without power and access to services.

WHEREAS, the storm could cause damage to property, limit the transportation of goods and people from place to place, temporarily impact the economy of the County, and potentially result in injury or loss of life. To help mitigate the hurricane’s effects, the County must act proactively to protect the community.

WHEREAS, this follows North Carolina Governor Roy Cooper’s proactive step to enact a State of Emergency for the state in advance of the hurricane’s impact. 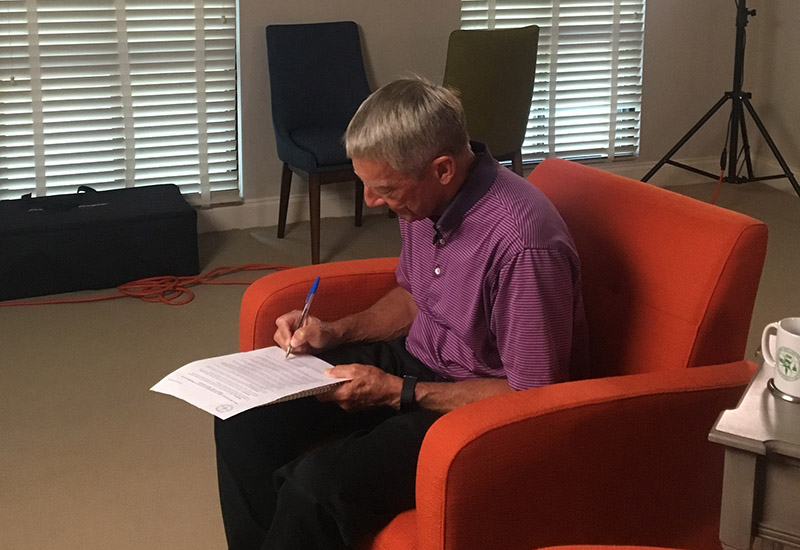 The next day I signed a similar State of Emergency for Cary:

PROCLAMATION DECLARING THE EXISTENCE OF A STATE OF EMERGENCY IN THE

WHEREAS, Major Hurricane Florence, at present a category four hurricane is forecasted to make landfall along the North Carolina coast by Friday bringing damaging winds and life threatening storm surge and rainfall to North Carolina.

WHEREAS, Florence is expected to knock down trees and power lines and cause significant flooding in Wake County and the Town of Cary, potentially leaving residents with flooding of public and private property and without power or access to services.

WHEREAS, Florence may cause damage to property, limit the transportation of goods and people from place to place, temporarily impact the economy of the Town, and potentially result in injury or loss of life.

WHEREAS, as a result of the above-described emergency, I have determined that there is an imminent threat of, or existing conditions that have caused or will cause, widespread or severe damage, injury or loss of life or property and, despite strong, deliberate and proactive emergency preparedness efforts by the Town, public safety authorities may be unable to maintain public order or afford adequate protection for lives or property; and

WHEREAS, declaring a State of Emergency and requesting that the Town of Cary be included under Wake County’s State of Emergency Proclamation is necessary to maintain order and protect public health, safety and welfare and to secure property.

SECTION 2: To the extent permitted or required by law, I hereby order all Town law enforcement officers and employees and all other emergency management personnel subject to my control to cooperate in the enforcement and implementation of Wake County’s State of Emergency Proclamation.

SECTION 3: This Declaration of Emergency shall become effective immediately. Proclaimed this the 12th day of September 2018.

The town later cancelled all non-essential activities for Thursday and Friday.

Due to the impending storm only one council member, George, was available for a taping of Cary Matters on Wednesday. So I joined council member George for the taping. The episode was a brief summary of our quarterly meeting. Due to our unfamiliarity with the script it took us about three takes.

Later in Wednesday evening I joined three to four hundred people at the Cary Chamber’s annual banquet. The guest speaker was UNC System President Margaret Spellings. Later the chamber handed out its annual awards: business of the year, ambassador of the year, and citizen of the year. I was absolutely stunned to be honored with the Citizen of the Year award. Of course, all of my success is due to a great council, great staff, great businesses and the best citizenry in the country. I am blessed to live in such a great community. 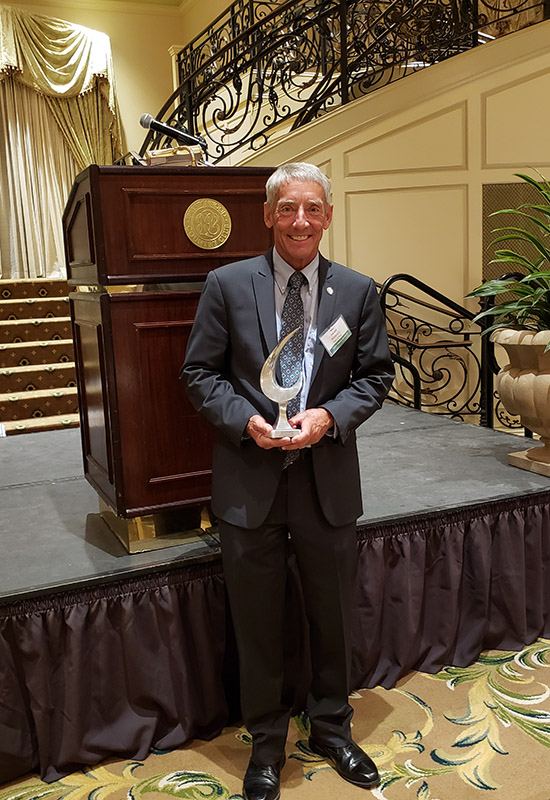 Thursday through Saturday all my events were cancelled due to Hurricane Florence. For the most part Cary dodged a bullet. Power outages and downed trees in Cary were scattered. Unfortunately, our brothers and sisters down east did not fare well.

Sunday I had the pleasure of attending the Cary Tennis Championships pro tournament sponsored by Atlantic Tire. Even though it rained Thursday through Sunday they were able to play matches in the Cary Tennis Center’s covered facility. A huge thank you to all the staff and volunteers that made this tournament happen when it looked like it would be cancelled on Thursday. 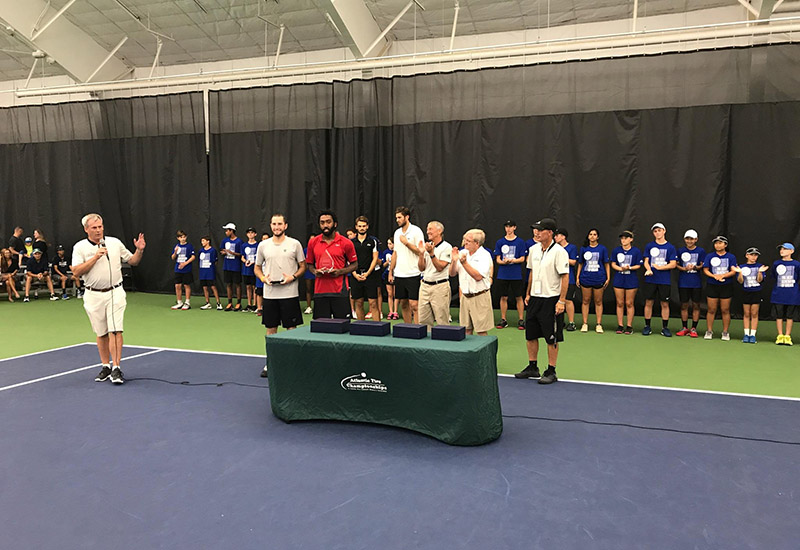 The town manager did not provide a report this week due to all the cancellations.

Next week things should get closer to normal. My activities include staff meetings, Wake County Mayors Association meeting, a Capital Area Metropolitan Planning Organization meeting, and the Dragon Boat Festival.

This past week and next week we will continue to see devastating flooding in North Carolina from Hurricane Florence and its remnants. As the lucky ones we need to challenge ourselves to do all we can to help those that have lost so much. Whether we are part of a religious organization, a corporation, or a governing body (which is severely limited on what it can spend funds on); we need to start thinking now about how we can help in this recovery.

Well, that is all for this week. My next post will be on Sunday, September 25th.  Although I have Facebook and Twitter accounts those are not the best means of communications with me. Please send all Town of Cary questions or comments to Harold.Weinbrecht@townofcary.org and email personal comments to augustanat@mindspring.com.

Aftermath of Hurricane Florence in Cary
Scroll to top