With a turnout of more than 8,800, the Saturday, October 6, 2018 game at Sahlen’s Stadium at WakeMed Soccer Park was the largest attendance for an NCFC regular season home game. Unfortunately, that turnout did not translate to a win for the home team.

In their usual style, NCFC played fast and nearly got a goal in the 11th minute as Austin da Luz got a high pass from Kyle Bekker. da Luz hit a header but it missed the net. Then, in the 24th minute, New York’s Anatole Bertrand-Abang got an almost identical set-up but was able to score, giving the away team the lead to start.

NCFC kept getting close changes for the rest of the first half but were unable to score. But the tide changed when Bertrand-Abang got a red card after the call for half time. This gave NCFC an advantage in the second half and Bekker scored an equalizer in the 52nd minute. It was a close range kick after a pass from Zach Steinberger.

Now tied up, the two teams battled to see if one could come out on top. At one point, this resulted in a mass scramble after a corner kick from Bekker as the teams got together in the box to control the ball. But NCFC was unable to get a second goal for the rest of gameplay.

The Red Bull came out on top in the 78th minute, with Tom Barlow hitting a quick tap kick into the NCFC goal. The home team could not respond in the time allotted and the final home game of the season ended with a loss.

With these final games of the season determining who gets into the playoffs, this loss, particularly at home, NCFC Head Coach Colin Clarke said he was “immensely disappointed with the outcome.”

“We got into it, gave up a poor goal. Obviously red card right before halftime changes [things]. Second half, did very well. Great chances, get the goal, and then we pushed looking for the next one. Their keeper made some great saves and we missed some chances,” Clarke said.

Right now, NCFC are on the cusp of making the playoffs, though with this win, the New York Red Bulls II are now qualified. NCFC currently has 44 points and with two games left in the season, it is possible that NCFC could qualify if they win both games and the lower ranked teams that are currently qualified lose or draw their next games.

Their next game, an away game against Louisville City FC, will be important as Louisville are currently ranked #2 in the division. 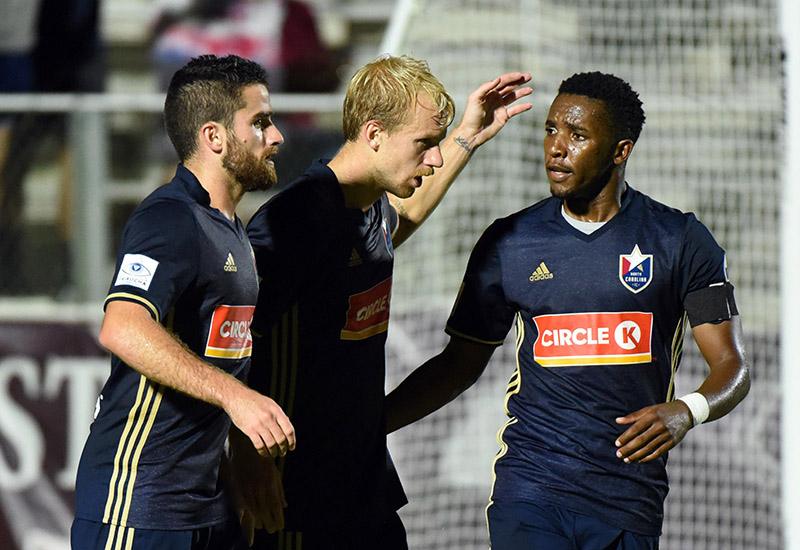