Cary, NC – Grace Stocker of Chocolat Grace LLC won the International Rising Star Award in 2017 when she first participated in the Academy of Chocolate’s (AoC) award ceremony. This year, she returned to competition and took home the Golden Bonbon Award, establishing her as one of the world’s top chocolate makers. 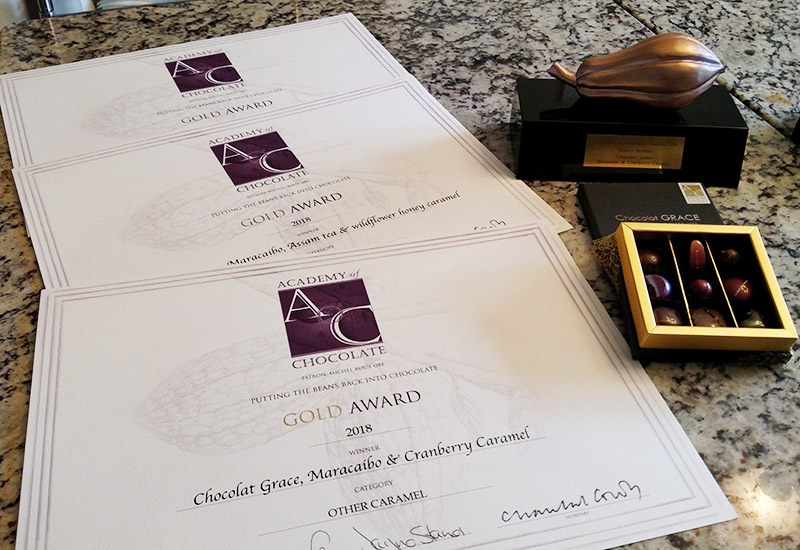 Stocker won the Golden Bonbon Award for her Maracaibo and Cranberry Caramel chocolate. The Golden Bonbon is one of two top prizes at the competition, with the other Golden Bean Award only going to bars of chocolate and not the artisan, filled chocolates that Stocker makes.

The Maracaibo and Cranberry Caramel chocolate was also given one of 11 Gold Awards for filled chocolates, with two of her other chocolates also winning a Gold Award.

“I was very excited but hopeful. There are only 11 Gold Awards so when I saw that three of them went to me, I thought my chances were good,” Stocker said. “I’m competing with chocolatiers from the UK, Europe, Asia and around the world. For me, a little chocolate maker in North Carolina, to win this big award is incredible.”

This year’s AoC competition had 1,200 entrees from more than 40 countries, its largest entrant pool since the competition started in 2005.

Stocker said she got the idea for her cranberry and caramel chocolate from her own dislike for very sweet chocolates.

“I like a balance of flavors. Caramel is very sweet and cranberry is very tart so I thought they would make a good combination,” Stocker said. “I wanted to create something very unique you would not see out in the world. The jury called it exciting and new.”

Since last year’s competition, Stocker said she has been trying to refine her filled chocolates. For example, last year Stocker had a chocolate made with local wildflower honey and Assam tea that earned a Bronze Award. Since many of the judges in the competition are British, Stocker said they take the tea flavor very seriously and she worked to perfect it, and this year that same chocolate earned a Gold Award. 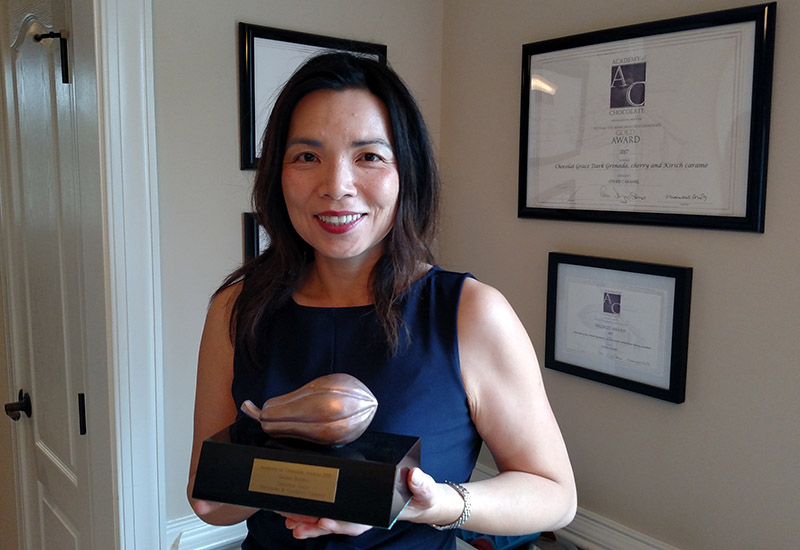 Stocker with the Golden Bonbon Award