Cary, NC – Without a doubt, the Rocky Horror Picture Show is the most popular horror science-fiction comedy musical film starring Meatloaf of all time, but fewer people know it started as a proper stage musical. Now, that stage show comes to Cary as Theatre Raleigh presents The Rocky Horror Show at Koka Booth Amphitheatre. 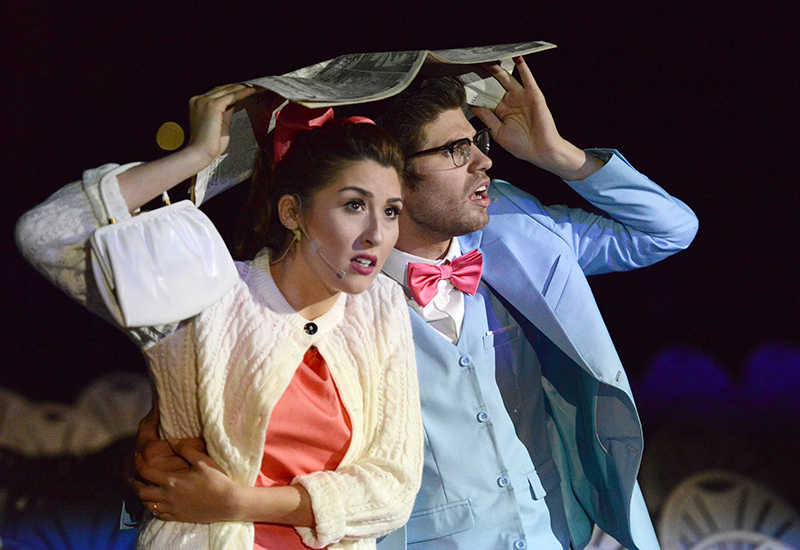 Left to right: Taylor Kraft as Janet and Carlos Alcala as Brad at the start of the musical

Koka Booth Amphitheatre hosts the performance of the Rocky Horror Show this Saturday and Sunday, October 27 and 28, 2018. With such famous and bombastic music, star Jesse Gephart who plays mad scientist Frank N. Furter said the stage version of the musical is even more engaging than the film.

“It rocks harder on stage, especially with the live band,” Gephart said. “Also, compared to the movie, I think the play makes a little more sense in terms of what goes on with the plot involving dimensions and space travel.”

In addition to the music, part of the Rocky Horror Picture Show’s persistent appeal is its over-the-top plot which involves time travel, cannibalism, aliens and sex, among other things. Audiences are given a content warning for anyone younger than 16 and Gephart said this production does not hold anything back.

“We go for it pretty hard. A few times in rehearsals, we’ve looked at each other and joked that ‘Cary isn’t ready for this,'” Gephart said.

In one scene, where Frank N. Furter woos both point-of-view characters Janet and Brad, Gephart said they are trying to be less reserved than most stage productions, which put the characters behind a screen and just show their silhouettes.

“We’re doing it out front and it’s an interesting change. We’re letting the action be fully seen,” Gephart said. “It’s not like we’re showing anything really. There’s no nudity but it works better and feels more real.” 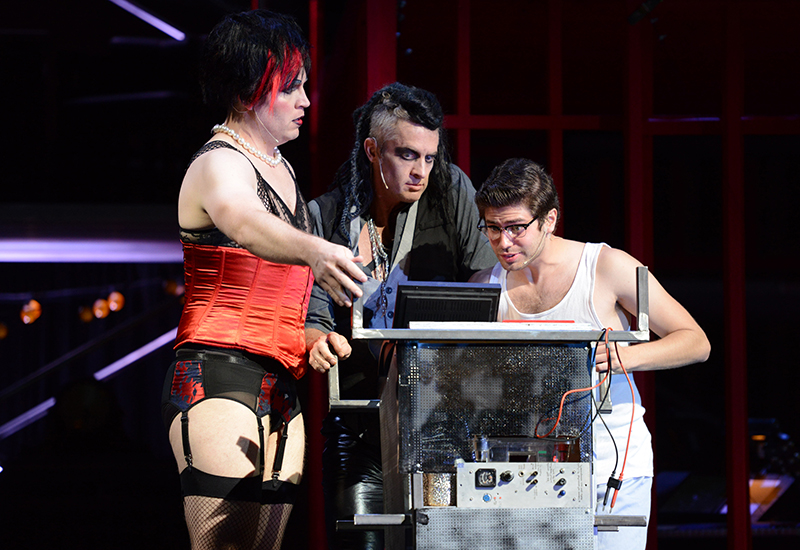 Of all the musical’s wacky characters, Frank N. Furter still stands out as the most intense. Gephart said going for the character’s big moments will be easy but he is trying to also find the quieter, stiller moments in the performance.

When actors play the iconic character, Gephart said that people who try to deviate too much from the film version acted by Tim Curry – who was also in the original stage show – end up not fitting in with the play itself.

“So I play the role the best I can but I also have to throw in some of Curry’s performance, including that sexy British slur,” he said.

Overall, Gephart said the actors are trying to keep the show fresh for new audiences but there are still homages to the original play and film.

For his role, Gephart said he doesn’t get to sing the play’s most iconic song, “The Time Warp” but he still has two other numbers that he enjoys doing most of all in the play.

“I love doing ‘Sweet Transvestite.’ I think there are few better introductions for a character in all musical history,” he said. “And the song ‘I Can Make You A Man’ is fun because we’ve changed it up so it’s more athletic and Rocky and Frank get to move all over the stage.” 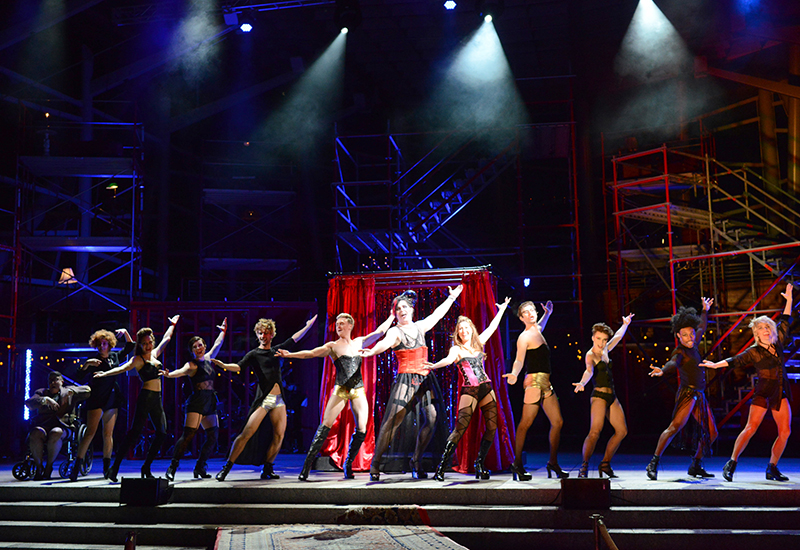