Cary, NC – The “White Christmas Sing-a-Long” in December has been a tradition at the Cary Theater for several years now. But due to the film rights being used by chain movie theaters, the event will not occur this year and the Cary Theater is planning for new interactive screenings they hope will become new Cary traditions.

Dreaming of a White Christmas

“White Christmas” is a 1954 film musical starring popular singers of the time such as Bing Crosby, Rosemary Clooney and Danny Kaye. And for years, the Cary Theater has played the movie and audiences are encouraged to sing along with the movie’s music, written by Irving Berlin.

“It’s our most popular event of the year,” said Cary Theater Operations and Program Supervisor Joy Ennis. “We sold out all five shows for the past two years running. It’s a signature event.”

But this year, the sing-a-long will not be playing at the Cary Theater. In order to play the film, the Cary Theater has to secure the rights to do so from the distributor, as does every movie theater for every movie screening. But this year, Paramount Pictures, “White Christmas'” distributor, signed a deal with a local events company to do a similar sing-a-long event with “White Christmas” at large chain theaters around the country.

“The events company locked up rights with the distributor through November and December and it made the film exclusive,” Ennis said. “We can’t obtain the rights to the film so we can’t legally play it.”

Ennis said the Cary Theater found out about the deal a month before they announced the December film schedule.

To replace the “White Christmas Sing-a-Long,” the Cary Theater will be playing two other Christmas movies with interactive elements included. One of these is an expansion of the “Elf Snowball Sock Throw” from 2017, which is a screening of the 2003 Christmas comedy “Elf” with a “snowball fight” with rolled up socks.

“We’re adding screenings since it was so popular last year,” Ennis said. “We’re also partnering with Dorcas Ministries to donate the socks afterwards.”

But one new event this year is screenings of the 1990 Christmas film “Home Alone.” Instead of a sing-a-long, this will be a quote-a-long as audiences quote famous lines from this iconic children’s film. Ennis said there will also be a “loot bag” to go with the screening so viewers have more items to use to interact with the film.

“We’ll also be doing a toy drive so if you bring in a toy to donate, you get in for free,” she said. “These are all going to families impacted by the two hurricanes.”

Ennis said the Cary Theater is planning other events as well, such as a “Christmas Cartoon and Cereal” event where people will watch classic Christmas cartoons in their pajamas while eating cereal.

“We anticipate ‘White Christmas’ coming back next year but in the meantime, we can create some new traditions,” she said. 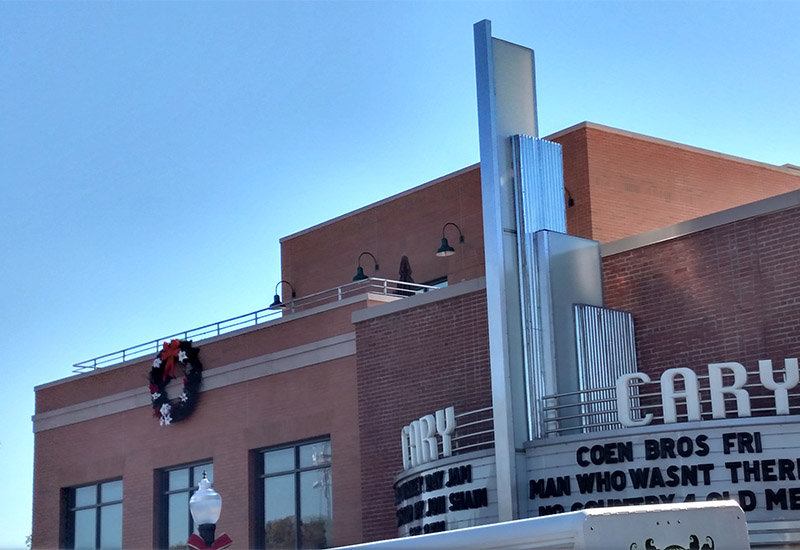 Winter and Holiday Events for Cary 2018