Cary, NC – All of us know the story of “A Christmas Carol,” and if called upon, we think we could put on a simple show of the classic Dickens tale. That’s what the characters think in the latest Cary Players performance, but obstacles mount in this mix of comedy, musical and emotional drama and they find themselves quickly in over their heads. 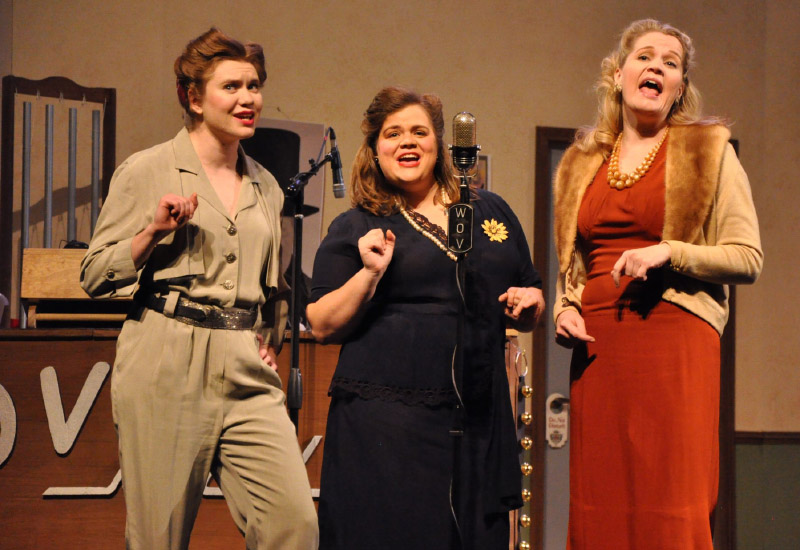 The Cary Players perform “A 1940s Radio Christmas Carol” at the Cary Arts Center starting this Friday, November 30 and running until Monday, December 3, 2018. The play tells the story of a troupe of radio actors, the Feddington Players, performing “A Christmas Carol” over the radio in 1943 (100 years after “A Christmas Carol” was published). Director Randy Jordan said the World War II setting mirrors what was happening at the time to Dickens’ London.

“In World War II, we have people looking at separation and loss, deep emotions in the human character,” Jordan said. “At the same time, Scrooge sees how he faces loss because of his miserly attitude and the Cratchits are facing the loss of Tiny Tim. There are a lot of parallels and people will find they compliment each other nicely.”

But as audiences see the Feddington Players try and put on “A Christmas Carol,” the actors are met with various foibles and obstacles and end up trying to improvise the play by blending in elements of noir detective stories. The play is filled with odd comedic moments such as this but Jordan said they do not upset the emotional elements of the play, particularly when it comes to veteran actor William St. Claire, the play’s real-world Scrooge analogy.

“During the play, William St. Claire comes to terms with the loss of Tiny Tim and his own real son, and shortly after, the play then takes a turn into improv with the film noir detective story,” Jordan said. “You wouldn’t think these moments would mix, but in the transition, we find the redemption of Scrooge.” 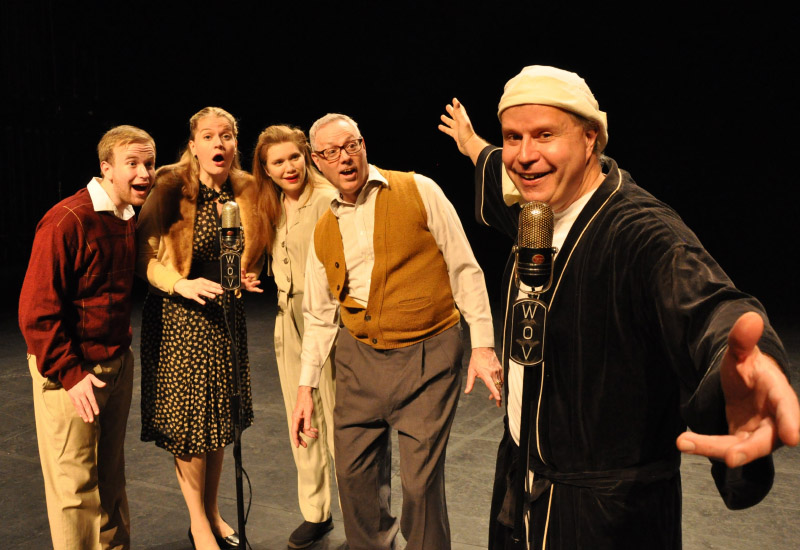 New Life to a Classic Story

While “A 1940s Radio Christmas Carol” is not the same as watching a performance of “A Christmas Carol,” Jordan said fans of the original story will still be delighted by the show.

“The redemption of Scrooge and the story with the Cratchits is preserved,” Jordan said. “This may be an unfamiliar play but I hope it will not hold audiences away and they get to see this wonderful story.”

The play also includes 12 songs, including well-known Christmas carols but done in a 1940s musical style.

“It brings some life to ‘A Christmas Carol’ you wouldn’t see normally,” Jordan said. 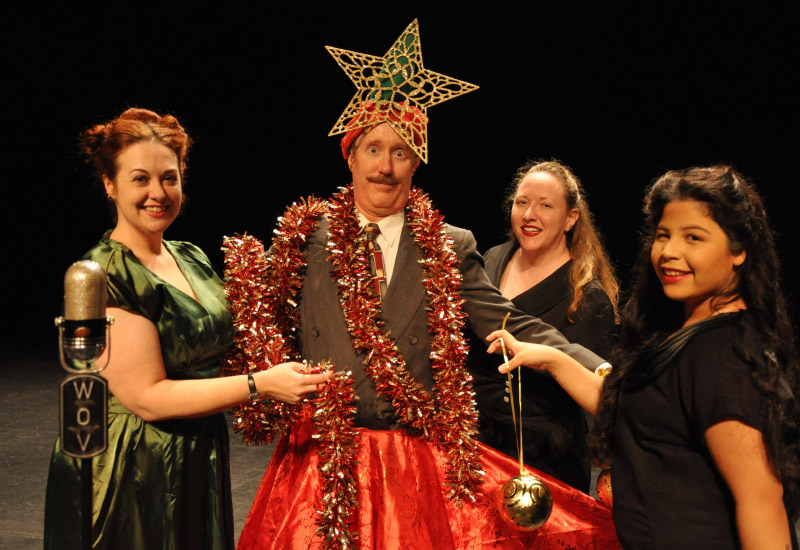 Another element that makes “A 1940s Radio Christmas Carol” unique not just to the original Dickens story but most plays is that it features actors who are playing actors. Jordan said he directed the cast in a standard fashion when they were not performing the radio play but gave them different direction when it comes to actually performing “A Christmas Carol.”

“As radio actors, I asked them to take their characters much more broadly,” Jordan said. “They have much bigger vocals and exaggerated facial posturing.” 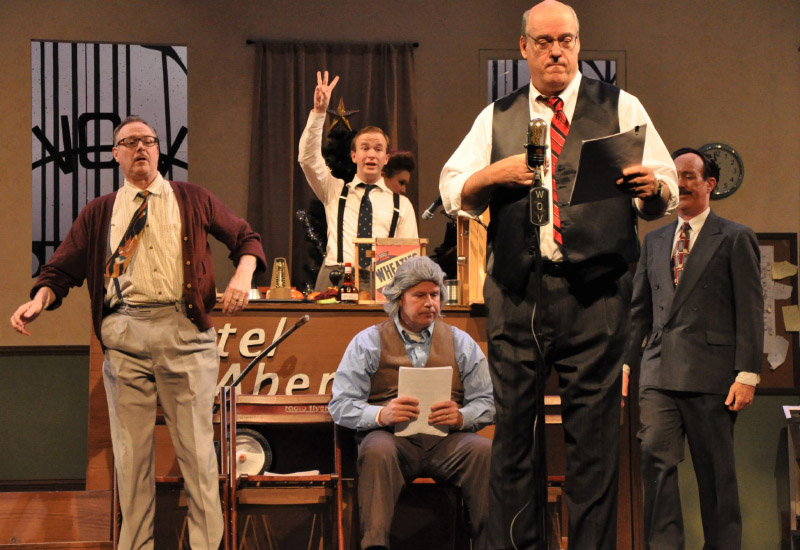