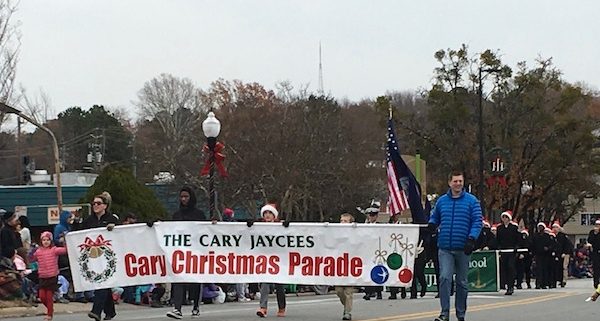 Cary, NC – Just ahead of this weekend’s snowstorm, The Cary Jaycees held their annual Cary Christmas Parade in Downtown Cary. The skies were overcast, and the air a bit chilly, but everyone remained dry and the crowds were large.

In fact, camp chairs could be seen gathering as early as 10 AM in anticipation of the 2 PM start time. The parade started at the E Chatham Street Roundabout and continued with a left turn down S Academy Street, ending at the Cary Arts Center on Dry Avenue. 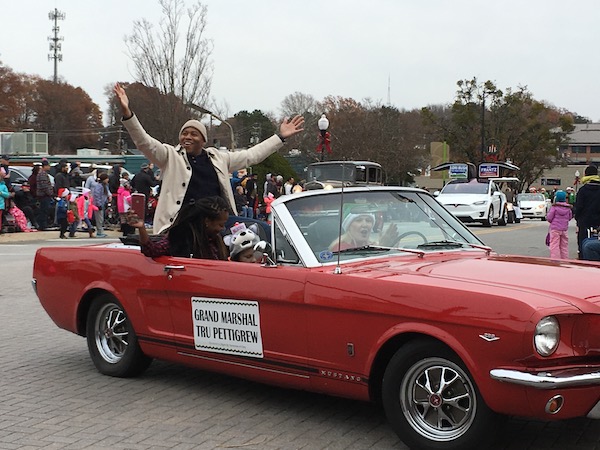 This year’s parade did not disappoint starting with the new Police Department’s Ford Tahoe with retiring Chief of Police Tony Godwin, followed by Cary Town Council Members and ending with the Cary High School Marching Band. 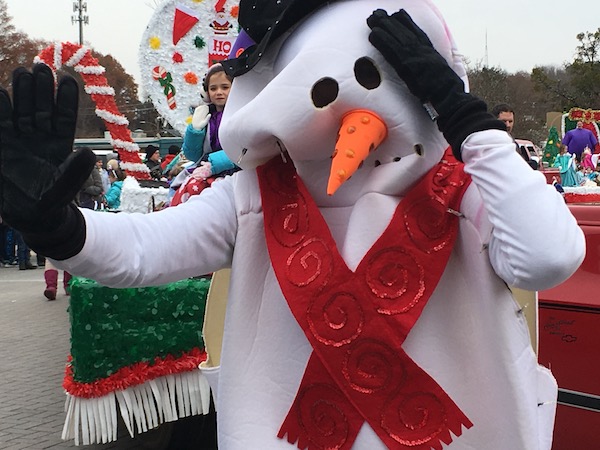 Santa closed out the show on a float sponsored by Ashworth Drugs and Lynn’s Hallmark.

Enjoy these photos that we took along the parade route. 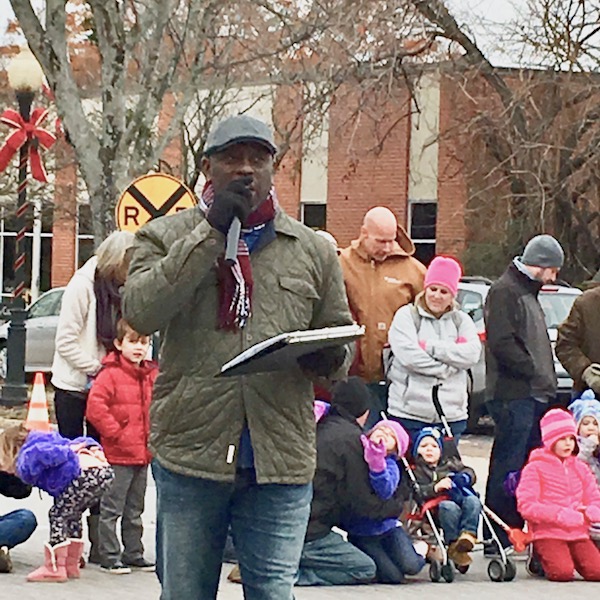 Cary Chamber Master of Ceremonies, Preston Mitchell,  announcing each participating group at the corner of Academy and Chatham Streets 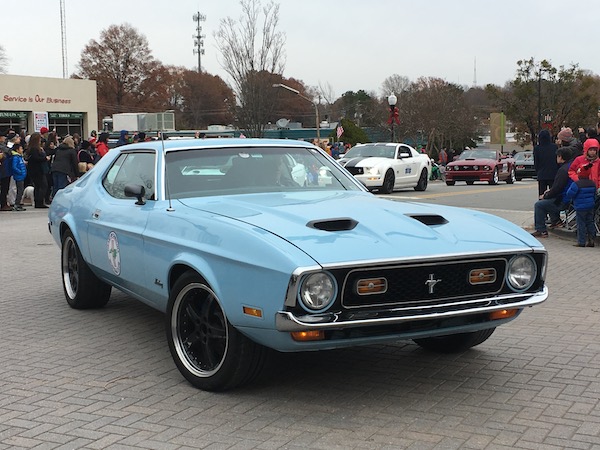 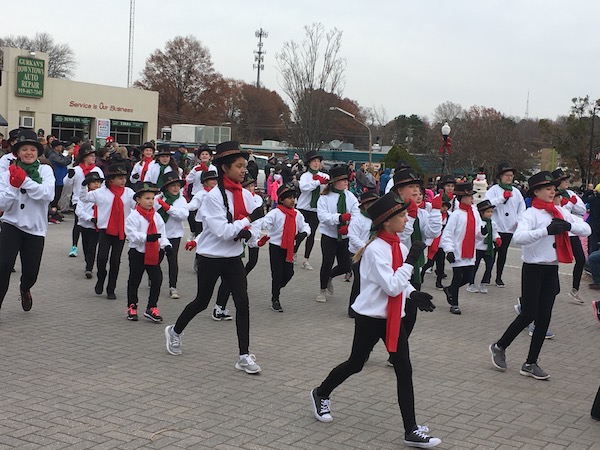 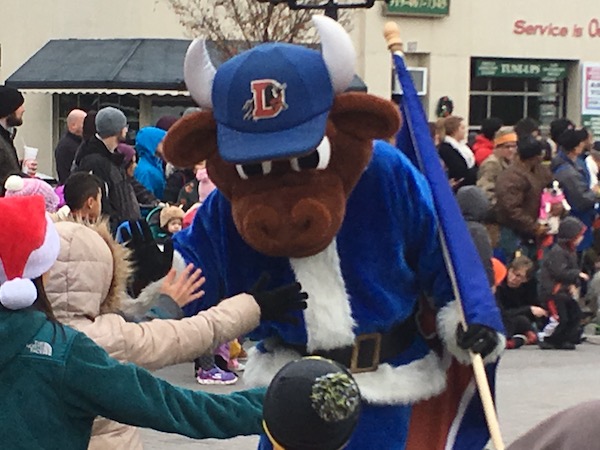 Wool E Bull of the Durham Bulls greeting the crowd 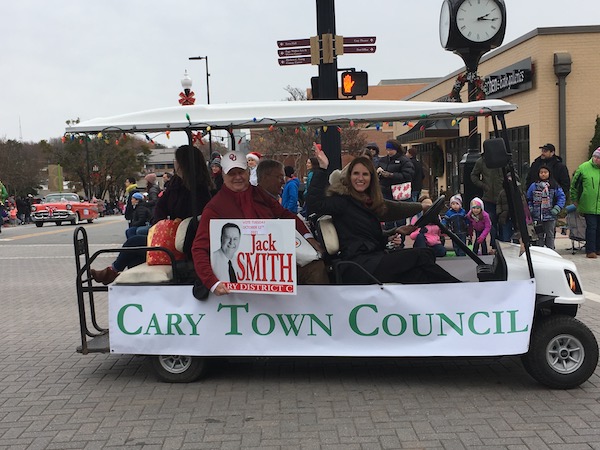 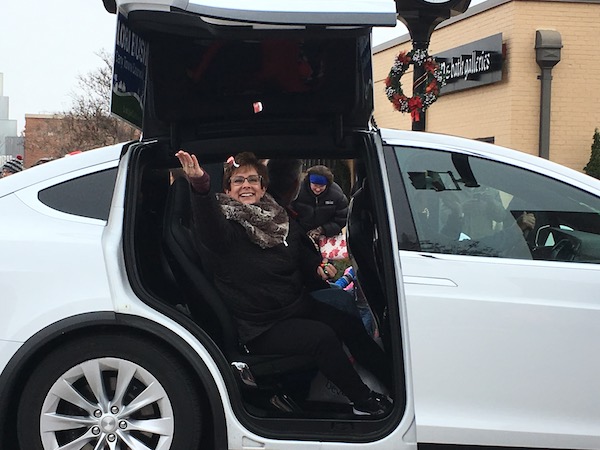 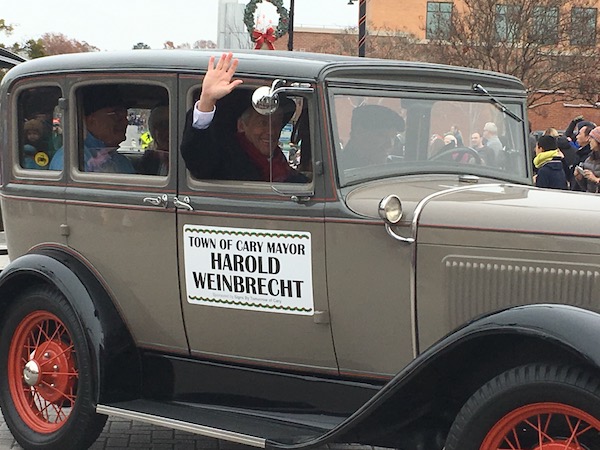 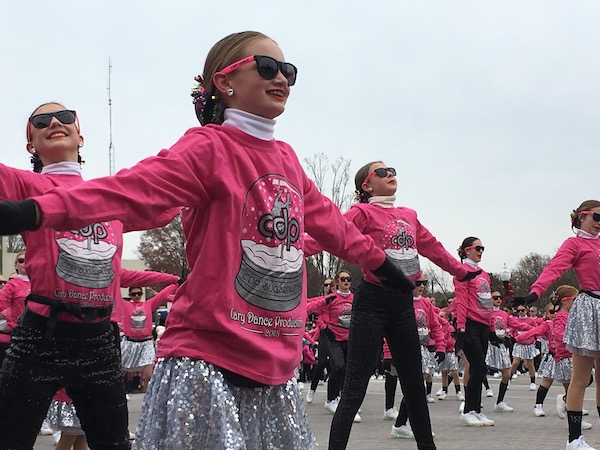 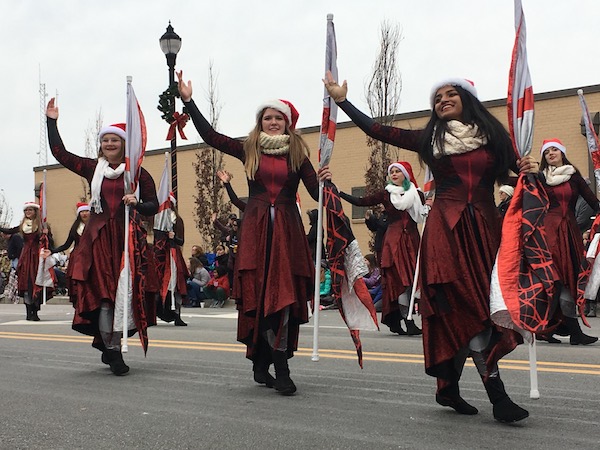 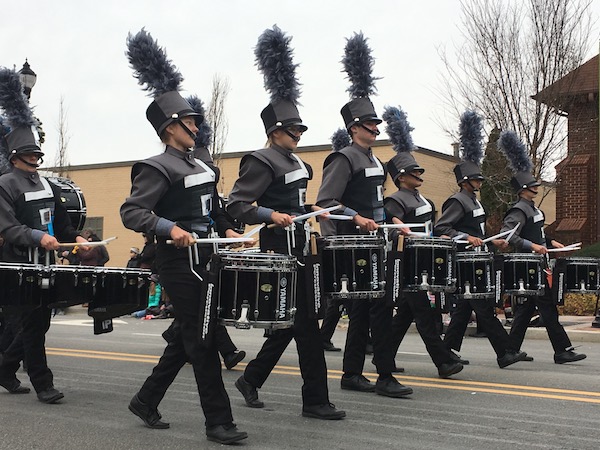 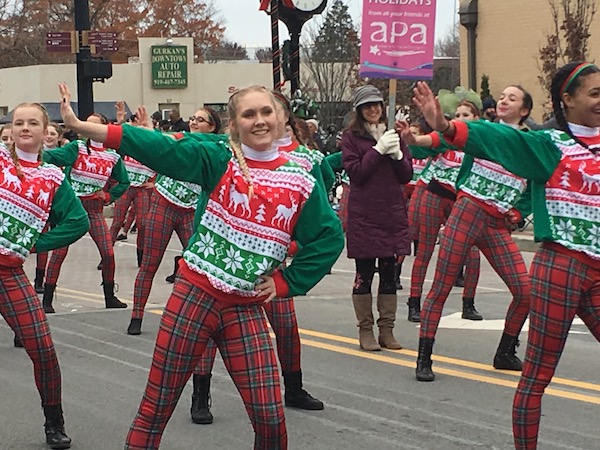 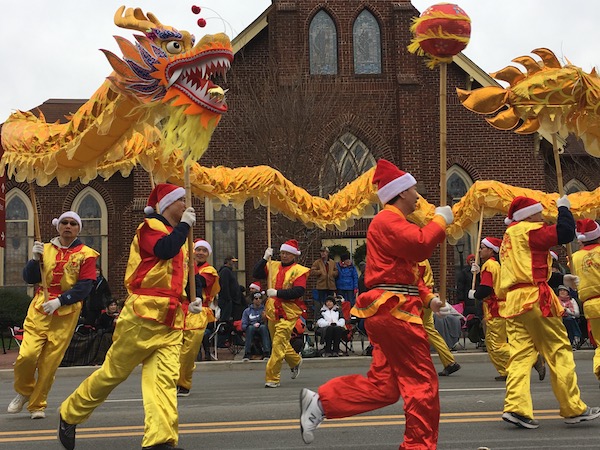 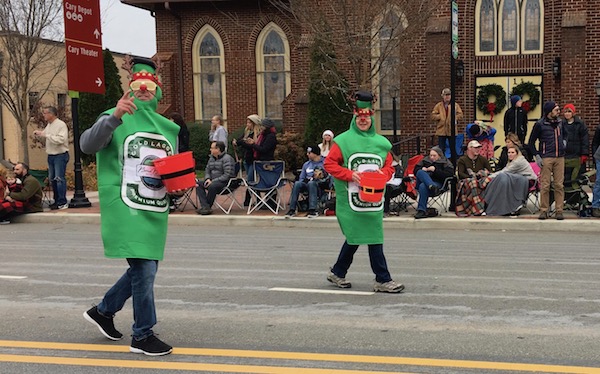 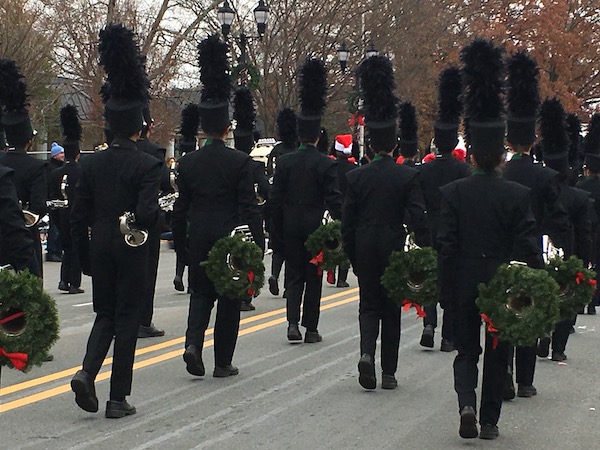 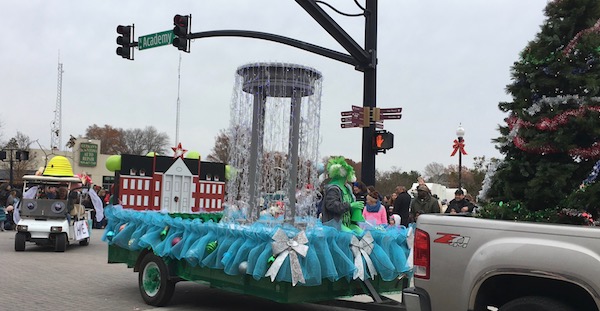 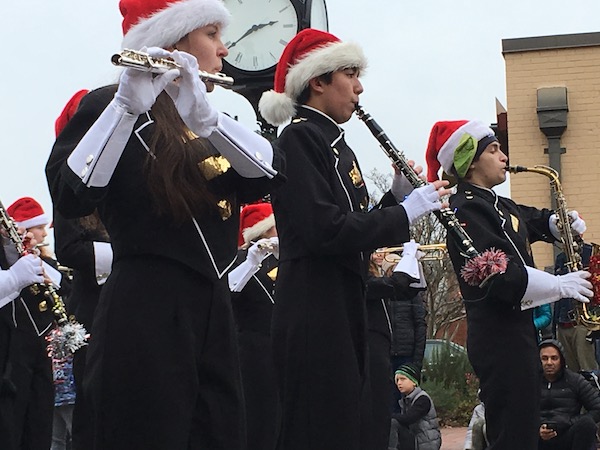 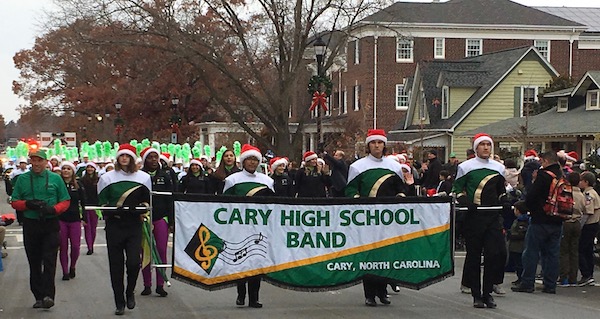 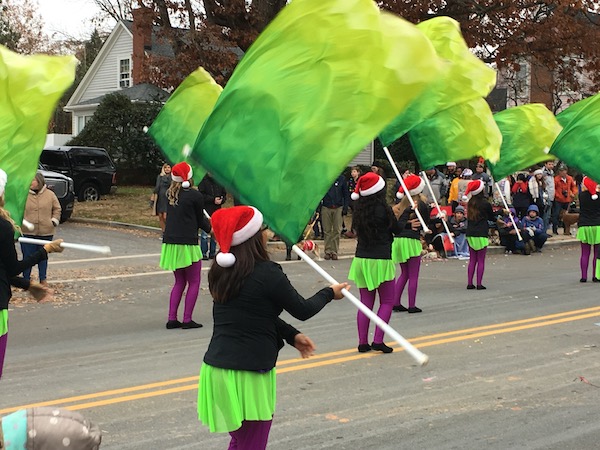 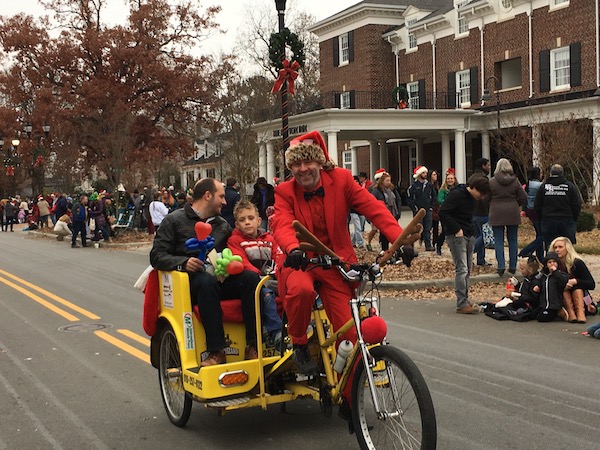 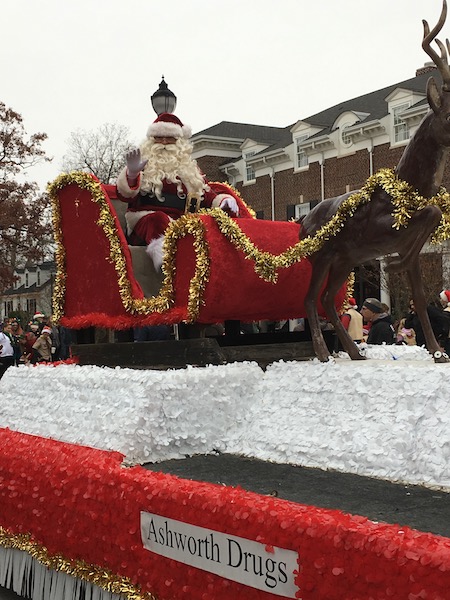 The Jolly old Elf himself

Have a very happy Holiday Season!