Cary, NC – Three weeks ago the Canes dominated the Leafs while getting off an unusually high 29 shots in that first period but the Leafs showed why they’re one of the top teams in the NHL as they were clearly the better team on the ice in a 4-1 win at the PNC Arena Tuesday December 11.

The Leafs scored the biggest win in the off season signing John Tavares, furthering strengthening an already potent offense. Their accountants must have learned something from the Blackhawks, as how they can sign all those mega stars and stay below the Salary Cap is a pure mystery.

Canes Slow Out of the Gate

The Leafs started strong and for some reason the Canes started slow and weak. With barely eight minutes gone, the Leafs had nine shots while the Canes got credit for two, which was a gift. The Leafs’ 10th shot proved to be the first goal of the game. It started with the Leafs attacking in the Canes end with Petr Mrazek making a save with the chest protector then the puck bounced around like a bobble head with Tyler Ennis all alone off the left post and calmly sent one in for the initial score. 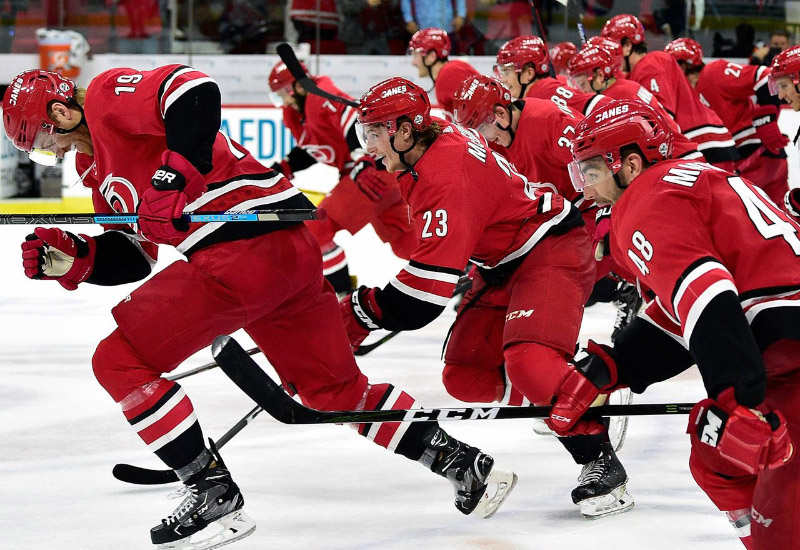 Williams Ties it on Feed From Aho

The Canes were able to tie the game on a powerplay mid way in the second. After not showing much on the umbrella formation that Toronto easily defended and finally sent one down the ice, Sebastian Aho bright the puck through the neutral making a sweet saucer pass to his left onto Justin Williams stick with Willie in as fast a stride as possible. Williams settled the puck, skated in untouched sending one top shelf past Frederik Andersen.

The Caniacs enthusiasm was short lived as just 64 seconds later Dougie Hamilton intercepted a pass but tipped the puck past Mrazek. Own goals are just part of the game in many sports, maybe more so in hockey. The night before, the Devils had three own goals in one game, eventually losing 6-5 in OT.

Penalties and Lack of Goals

The Leafs put this game on ice early in the third after another defensive breakdown, Patrick Marleau scored on William Nylander’s second assist of the night and his first points since resigning with Leafs earlier this week getting an unbelievable $10.5 million this season. The Canes had talks with both Toronto and Nylander’s agent who is also his father, but that was just posturing on his part. No way was he going to sign with the Canes and rightfully so as he’s not a player that should get that kind of money even if it is voodoo economics.

John Tavares closed out the scoring a few minutes later and virtually sat on the lead. Only thing the Hurricanes could do is get two late penalties that left no doubt about the outcome. One penalty, an interference call on Jaccob Slavin, was highly questionable almost as much as the non-call of interference against Toronto when Willie was hog-tied as the Canes had a 3-on-3 that looked promising. Ah, the joys and benefits of a Canadian and original 6 team.

The Canes have a decent schedule for the next 10 days and they need points. They’re pretty banged up as Jordan Staal is out with a concussion, Michael Ferland just returned from missing the past four games with a concussion but got his bell rung on just his second shift and didn’t return. Offense, goals in particular, are the Achilles heel of this team, taking over from goaltending. Either the forwards have to start producing or Don Waddell has to give Rod Brind’Amour something to work with. It’s at that critical time of the season for a shake up.

Next home game is Friday, December 14, 2018 at 7:30 PM against Washington and Alex Ovechkin, who had another hat trick against Detroit tonight. Be there! 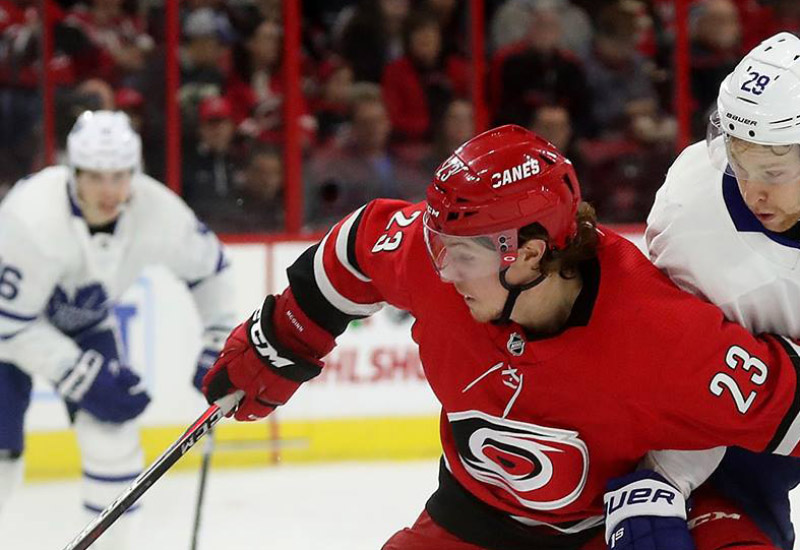