The Mayton Inn at 301 S Academy St. is holding a masquerade ball to celebrate the end of 2018, including a DJ playing music, hors d’œuvres, a champagne toast at midnight, dancing, a photo booth and more. It all starts at 7 PM.

The Umstead Hotel and Spa at 100 Woodland Pond Dr. has a New Year’s Eve celebration, with a cuisine, drinks, dancing and music with The Soul Psychedelique. It starts at 9:30 PM.

The Matthews House is holding a Black and White Ball with dancing, drinks and food from Southern Harvest, all starting at 9 PM.

Academy Street Bistro at 200 S Academy St. is not typically open on Mondays but for New Year’s Eve, they will be open until 10 PM.

Buffaloe Lanes at 151 High House Rd. is holding “Bowl In The New Year” with a family-friendly, alcohol free bowling event, including bowling for prizes and New Year’s Eve celebrations from around the world played on the TVs. It starts at 10 PM.

Jellybeans Super Skate Center is celebrating New Year’s Eve with a skate for children 15 and younger, with parents allowed to stay for free. It starts at 8 PM and includes a slice of pizza and small soda, 1 roll of toilet paper to roll the inside of Jellybeans at midnight.

The North Carolina Chinese Lantern Festival continues until Sunday, January 13, 2019 and will be open on New Year’s Eve. It opens up at 6 PM.

Chef’s Palette Restaurant and Bar will have a New Year’s Eve concert with The Trophy Husbands performing. The show starts at 9 PM with no cover charge and there will be a midnight toast.

Doherty’s Irish Pub in Cary will have a New Year’s Eve party with DJ George performing. The show starts at 10 PM.

The Umstead Hotel and Spa will hold a New Year’s Day brunch on Tuesday, January 1, running from 8 AM to 1 PM.

White Oak Park is celebrating 2019 with the First Walk, running from the White Oak Park entrance to White Oak Creek Greenway. It runs from 10 to 11 AM, starting at 1216 Jenks Carpenter Rd.

First Night in Downtown Raleigh features rides, music, food and more over several blocks over downtown. It includes the children’s celebration from 2 to 6 PM at the NC Museums of History and Sciences, then the Early Countdown starts at 7 PM.

The Point at Glenwood in Raleigh rings in the New Year with the Al Williams Band performing. This show starts at 10:30 PM and it’s free to attend.

The Unscripted Durham Hotel is celebrating New Year’s Eve with the Glow Up 2019 with disco dancing, drinks, a photo booth and more. It starts at 9 PM.

The Local 22 in Durham is holding an all day New Year’s Eve celebration from 11 AM to 10 PM. Enjoy drink specials and fun with friends. 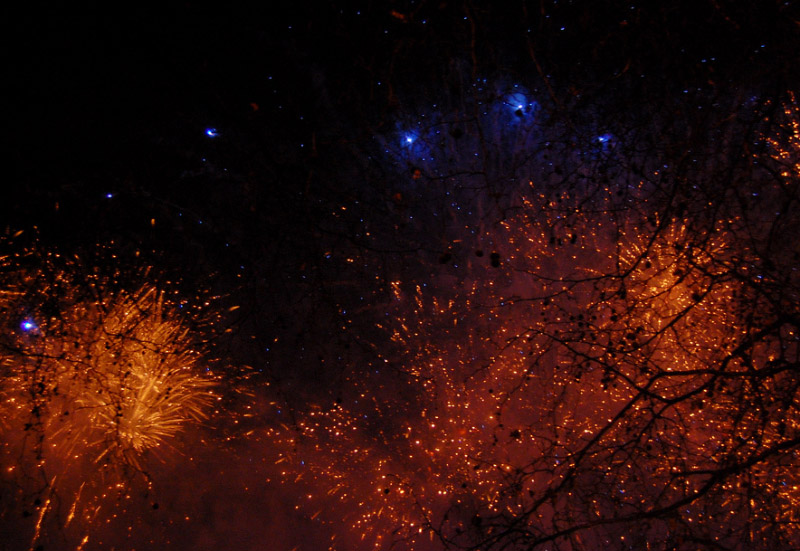 Events from the CaryCitizen calendar. Photos by Cristiano Betta and Hal Goodtree. Community content on CaryCitizen is sponsored in part by Waverly Place in Cary.