Matthew 27:5 – “Then Judas threw the silver coins down in the Temple and went and hanged himself.” Judas Iscariot was one of the twelve disciples. As he traveled with Jesus, he witnessed miracle after miracle. Sight given to the blind, the dead raised to life and even diseased dead skin restored back to skin like that of a new born baby. But let us not forget about the greatest miracle of them all that Judas Iscariot witnessed, and that’s the miracle of forgiveness. It’s one of the hardest things for a hurt human heart to do. Some people would prefer to live out a life sentence and be imprisoned by their own unforgiveness than to forgive and be free.

So what happend on that day in the mind of Judas Iscariot? The same thing that happens in our minds today. We take our regulated, rule-imposed “love,” compare it to the Lord’s “unconditional love” and end up in the dark like Judas, feeling trapped with no way out.

Adrianna, who as of June 10, 2018, is five years sober. Adrianna had a long, losing battle with alcoholism, and I say “losing” because none of us can defeat all of the destructive results that come out of abusing alcohol. Alcohol can do irreversible damage to the human body, the human spirit and the human experience of living. Me having my own destructive journey with drug addiction, I understand that addiction is like a band aid for an addict. For Adrianna, it became a way for her to cover up the chasm that was left when her father died of cancer when she was four years old. 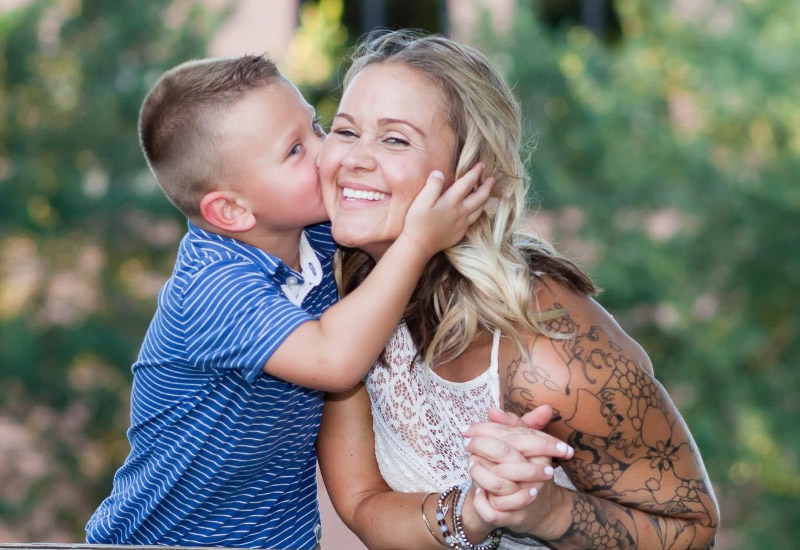 Imagine this! Imagine yourself shoveling dirt into the Grand Canyon to fill it up. Got the visual? You now have a better understanding of the mind of an addict and the self-medicating hampster wheel to escape pain. After sitting down with Adrianna for this article, I learned that there’s great gain in loss. Does that mean the loss of her father is any easier now than when she was a child? Absolutely not. For many years she used alcohol as a way of escape from the real issue that was looming in her life, and with that came some bad decisions, bad relationships and some serious regret.

For Adrianna, it was her father’s absence that led to her list of mishaps, but what about other people? What about you if you’re reading this article? What caused you to create your list? Abuse? Insecurity? Weight? Fear? A sibling? Growing up spoiled? Angry parents? Parents that chose lifestyle over loving you? We all have a list. Some are long and some are short, but all lists have to be dealt with at some point. You may not be an alcoholic, but using something to create a way of escape from your problems doesn’t make you any diffrent from one. How so? You’re still using something to mask your pain, and like alcohol, it’ll destroy you.

I have so much love, respect and admiration for Adrianna because not only does she acknowledge her list, she refuses to live and accept it as something that will define her beautiful life. Through prayer, a few prayer warriors, her faith and a whole lot of patience, Adrianna is slowly marking things off of her list. She has learend that in oreder for her to eliminate the list, she must first accept that she can never do it on her own, and that there’s no shame at all in asking for help. 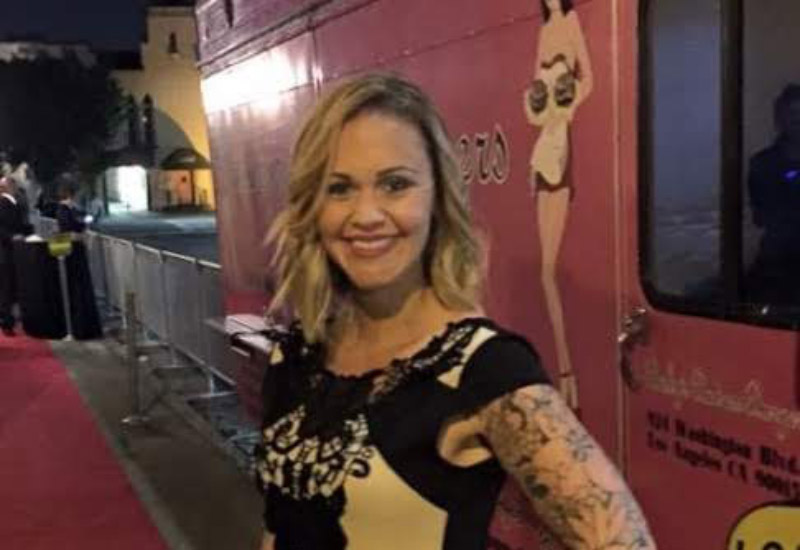 Matthew 26:38-39 – Jesus, with His soul anguished to the point of death because He was about to take on the sins of all mankind and be separated from God the Father, prayed and did what? He asked for help. I repeat! Jesus, the future Savior of the world prayed and asked for help. In our toxic society today, asking for help is the ultimate badge of shame, especially for men. Our demonic egos, and I call them demonic because that’s exactly what they are. Pride is demonic, and that’s what the male ego is birthed out of.

We were not created to be 100 percent self-sufficient. But fear of judgment and ridicule tells us that we have to be. The Garden of Gethsemane was just one of many diffrent times that Jesus prayed and asked for help. None of us can get through this life alone making our own way.

My friend and mentor Tim Joyce said it best, “Jimi, you’ll never outgrow the village.” I’ll take his wisdom even further, none of us will ever outgrow the village. We will always need people. The hardest person to forgive is yourself, and why? Because you can’t forgive yourself. The Lord Jesus Christ forgives, and from that comes our freedom to move ahead with life just like Adrianna has done. Judas Iscariot, after betraying Jesus, sought his own understanding and that’s what led to him hanging himself.

Proverbs 3:5 – “Trust in the Lord with all your heart, do not depend on your own understanding.” People, the Lord put that in His Holy word for a reason. Doing it anyway will only led to your destruction. Freewill can be a blessing or a curse, depending upon what you do with it, and I’m inspired by what Adrianna has done with hers. She doesn’t have a perfect life, and none of us do. She doesn’t always make perfect decisions, and none of us ever will. But she perfectly understands that life without the Lord is a life that will ultimately cause her to be destroyed by her own list. Her heart and desire to live and not just exist in life is worth writing about!

Unlike Judas Iscariot, Adrianna Kelaher knows to turn to the Lord in prayer and recieve the miracle of forgiveness. That’s the list killer! Asking the Lord for help on a daily basis is where the real road to recovery begins. That’s what our wonderful Savior died for. He died so that we could live! My wife and I have been blessed to have a real solid friendship with Adrianna and the good Lord is drawing the three of us closer and closer as the days go by! Adrianna has come to grips with her place in the village, and the fact that there’s lots of people in the village that love her.

Outside of the of Lord, Adrianna’s biggest supporter and biggest supplier of love is her beautiful mother and best friend, Evandne Kelaher. Not only has she been Adrianna’s most supportive friend, she has been the God appointed gaurd over Adrianna’s heart. This woman’s work goes beyond being mom and best friend, it extends into the divine will of God. For it was God himself that created Adrianna in the womb of this angel that she calls Mom. Through the good and the bad, Evandne has honored the position she was assigned in the village. With her loyalty of love and dedication to her daughter, and grandson Joey, this awesome little family unit is thriving and living beyond the circumstances that they have faced. 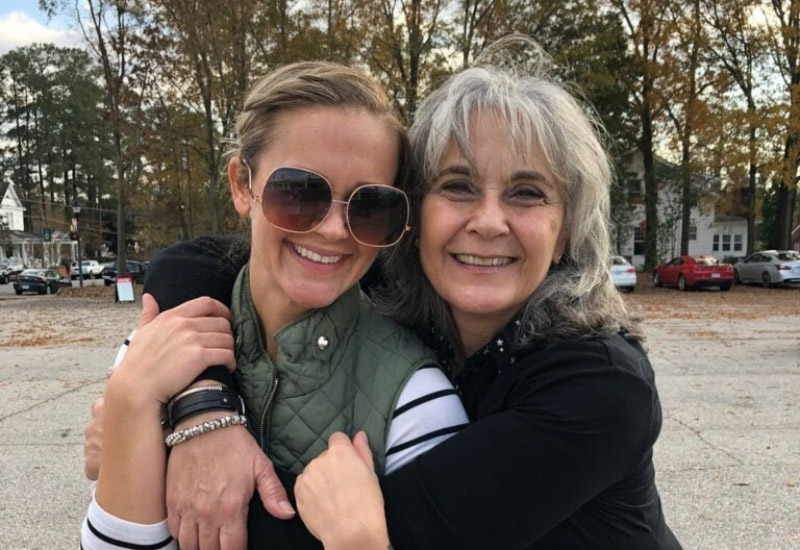 Their little three person army reminds me of Ecclesiastes 4:12 – “A person standing alone can be attacked and defeated, but two can stand back-to-back and conquer. Three are even better, for a triple-braided cord is not easily broken.” And now with Adrianna firmly planted by the Lord in her village position, her son Joey is growing up and being taught what it means to be a great village leader.

God himself said in Proverbs 22:6 – “Direct your children onto the right path, and when they are older, they will not leave it.” The Lord is going to see to it that this powerful triple-braided cord stays strong and unbroken, and it’s all because Adrianna knew “When It Was Her Turn.”

Adrianna, you and that “POWERFUL” three person army of your will always be in our prayers. Stay strong and never uproot your life from the foot of the cross from which the blood of Jesus was shed to always protect you.

Amy and I are so proud of you!