Cary, NC – While classical music has stood the test of time and can be enjoyed by anyone, fewer audience members recognize the nuances and composition of the music. In a new performance by the Concert Singers of Cary, the music will be explained while giving audiences live musical examples.

The Concert Singers of Cary will be performing their first Discovery Concert on Saturday, February 2, 2019 at Saint Francis United Methodist Church. This concert will include a live performance of one of Johann Sebastian Bach’s most famous cantatas with discussion and explanation included.

“Listeners can hear the live musical examples it is being explained, so they can have a better chance to understand,” said Nathan Leaf, Concert Singers of Cary’s conductor. “This is our first show and we want it to be annual.”

Leaf said the show and discussion can be enjoyed by people of any level of musical education, with a goal of letting people understand the musical as much as possible.

“There are things people may not pick up on in the music,” Leaf said. “We will have some images, charts and graphs but it will not be too academic.”

To kick off this Discovery Concert concept, Bach is a good composer to start with because his pieces are so carefully constructed.

“Bach is a master of the notes. No note is there by accident,” Leaf said. “The average listener hasn’t had the chance to study the music so it is not always easy to hear and know the meaning of his structures.” 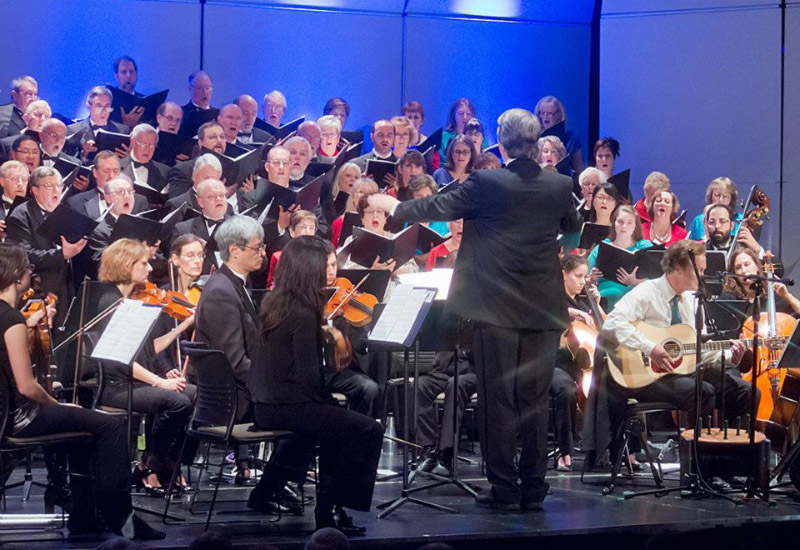 Meaning in the Music

For this first concert, the Concert Singers of Cary will be performing Bach’s “Awake, calls the voice to us” or “Cantata 140.” Leaf said many audience members will recognize this piece because it is a very well known melody, often used as a church hymn.

“If you have been to a traditional church with an organ, there is a good chance you’ll recognize the music,” he said. “It’s a very famous hymn tune.”

The cantata has seven movements, which each tell a different piece of a story in the Christian tradition, starting with a call to “awake” and ending with high pitched melody to symbolize a heavenly position.

Breaking up the piece into these seven parts is one example of what audience members can hear and understand better through the discussion, Leaf said.

“Bach’s music is based around numerical relationships and measurements,” he said. “The meaning can be found in the construction. Any audience member can understand. You don’t need a historical background.”

Story by Michael Papich. Photos courtesy of the Concert Singers of Cary.

Cary Braces for Coldest Temperatures of the Winter