Cary, NC – We are now in flu season as more and more cases are being tracked not just in North Carolina but across the country. Learn about the influenza in the region currently, as well as ways to stay healthy and safe.

The Center for Disease Control (CDC) is reporting influenza activity is on the rise across the country, with 45 states reporting widespread flu activity and 23 reporting high activity, including North Carolina.

While there are several Southern states with more severe flu activity than North Carolina, it is still very serious here, with four flu-associated deaths from January 20 to January 26, 2019 and 26 flu-associated deaths since September 30, 2018. The state Department of Health and Human Services (HHS) does not release information on what counties people who died from influenza lived in. 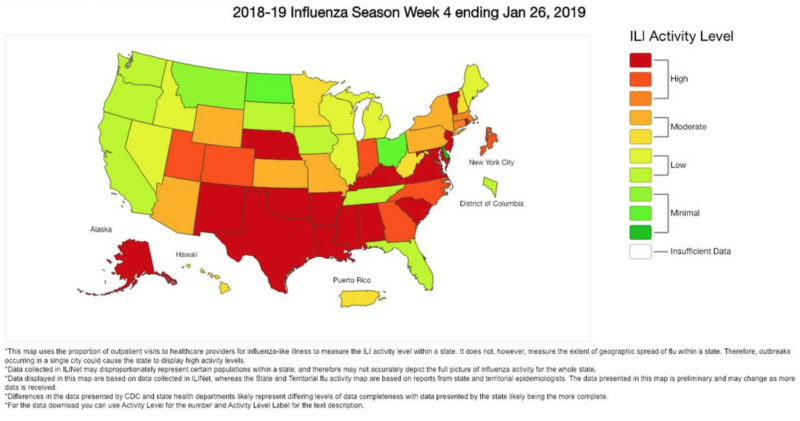 Map of Flu Activity with most recent data

Cases are currently on the rise, though there is currently no data from February 2019. The most recent data said between 3 and 4 percent of patients in the North Carolina Outpatient Influenza-like Illness Surveillance Network have influenza-like symptoms.

By comparison, last flu season, this data spiked around this same time last year with more than 10 percent of outpatients reporting influenza-like symptoms. 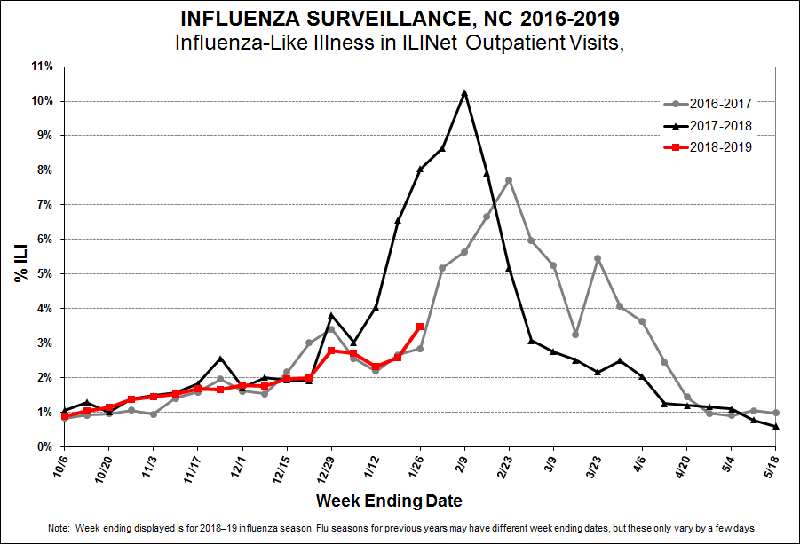 Symptoms of the flu include:

The best way to prevent getting the flu is to get a vaccination. Not only can this help you, but through herd immunity, if enough people in the area are immunized, it makes it less likely that anyone will get infected, which stops the disease from being spread.

Also make sure you are washing your hands regularly to kill viruses. If you have a cough or a sneeze, avoid getting the spittle on your hands or near other people.

If you feel sick, try to stay home and limit your contact and exposure to others. Also, you can get antiviral medication, both from a physician or over-the-counter, to treat the disease.

Story by Michael Papich. Photos courtesy of the CDC and Daniel Paquet.