Cary, NC – The Concert Singers of Cary will be performing well-known songs from the early 20th Century’s Golden Age in a new concert with familiar melodies and harmonies.

“Songs You Love To Sing: Music from the Great American Songbook” is a new performance by the Concert Singers of Cary and instead of music from hundreds of years ago by classic composers, this show is made up of music by 20th Century composers such as George Gershwin, Rodgers and Hammerstein, Cole Porter, Irving Berlin and more.

“It’s a period many people call the ‘Golden Age of Song,'” said Nathan Leaf, conductor for the Concert Singers of Cary. “They have great melodies, sophisticated but subtle harmonies, combined with witty lyrics and clever rhymes.”

The concert takes place Saturday, March 9, 2019 starting at 7:30 PM at St. Francis United Methodist Church on Kildaire Farm Road in Cary. The songs span from the 1920s to the 1950s.

Both the symphonic and chamber choirs will be performing, with an accompanying jazz trio that includes saxophone, trumpet and trombone.

Connecting with the Music

Leaf said audience members will be able to connect with the music because so much of it has become iconic, to the point where even the lyricists are well known along with the composers. But Leaf said the way music was written in this time period will also endear audiences who are not familiar.

“In music, there’s nothing as nice as a great melody and these songs have great melodies,” Leaf said.

Younger audience members will also get a connection to the music, Leaf said, because they may recognize the songs even if they don’t know them in their original iteration.

“Many of these songs have been redone by popular musicians, from the 1960s even to modern artists now,” Leaf said. “That’s how you know a song is great.”

Before the March performance, people can also come and sing the songs as part of the “Cary Big Sing” at the Cary Arts Center on Monday, February 25, 2019, during the Concert Singers of Cary’s normal rehearsal.

“This is a way to get a flare for what it’s like to be in one of our rehearsals,” Leaf said.

Songs You Love To Sing: Music from the Great American Songbook 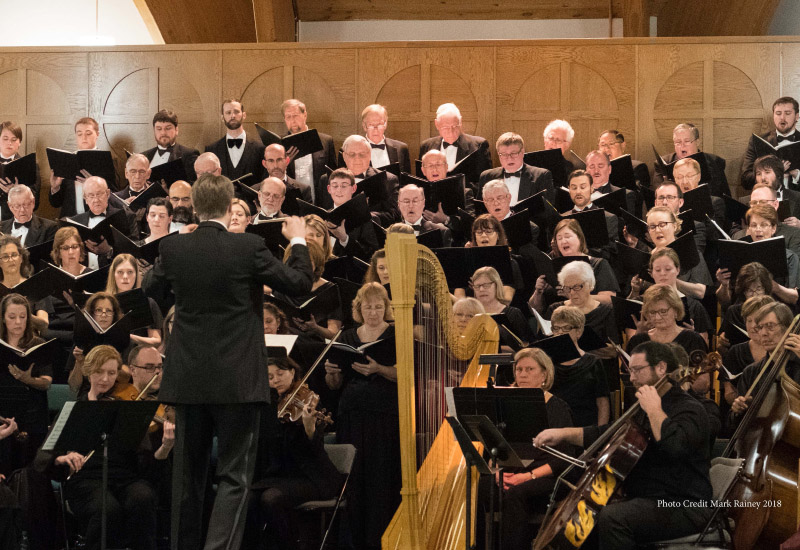 Story by Michael Papich. Photos courtesy of the Concert Singers of Cary.