Cary, NC – For the first time in two years, a soccer team from Liga MX will compete against North Carolina FC in a double-header with the North Carolina Courage playing a pre-season game as new league champions.

On Saturday, March 23, 2019, Sahlen’s Stadium at WakeMed Soccer Park will host the first Friendship Cup, presented by Hilton Garden Inn Durham Southpoint, in an effort to strengthen international bonds between men’s and women’s professional teams. The event starts at 1 PM with a pre-season game as the Orlando Pride take on the North Carolina Courage, the 2018 NWSL champions.

Afterwards, there will be an exhibition game between NCFC and Club Necaxa, part of Liga MX, Mexico’s top professional soccer league.

“We’ve hosted Liga MX teams over the years but this will be the first time in two years and our first time as a double header,” said Curt Johnson, NCFC and North Carolina Courage president.

Matches against international opponents have led to big attendance figures in the past, with the exhibition against West Ham United from the Premier League setting a stadium record. Johnson said games such as these have shown the marketplace supports big soccer events.

“With our international exhibitions, the playoffs, the U.S. men’s and women’s teams playing here, we see that our marketplace loves soccer, both regular season and these marquee games,” Johnson said.

Johnson said playing a team with as much history as Necaxa (founded in 1923) is a benefit to the team but the larger goal of the Friendship Cup is the opportunity to come together with soccer teams and staff from other countries.

“It’s the opportunity to collaborate and talk about the business of American and Mexican soccer,” Johnson said.

Preparing for the Future

NCFC starts their season on Saturday, March 9, 2019 so this international exhibition match comes early in the season. Johnson said this timing is beneficial for the home team.

“It gives us a great barometer, by playing against one of the best teams in CONCACAF (Confederation of North, Central American and Caribbean Association Football),” Johnson said.

The North Carolina Courage’s season starts Saturday, April 13, 2019 and Johnson said the original plan was for the Courage to take on a professional Mexican women’s team but they were unable to secure that. However, Johnson said the Orlando Pride still pose a similar pre-season test for the Courage, saying they are not only one of the league’s top teams but they have top players in forwards Alex Morgan and Marta.

“We plan to have some of the ICC games here in the community,” Johnson said.

NCFC takes on Louisville City FC at home to start the season on Saturday, March 9, 2019. The Courage’s season opener opponent has not yet been announced. 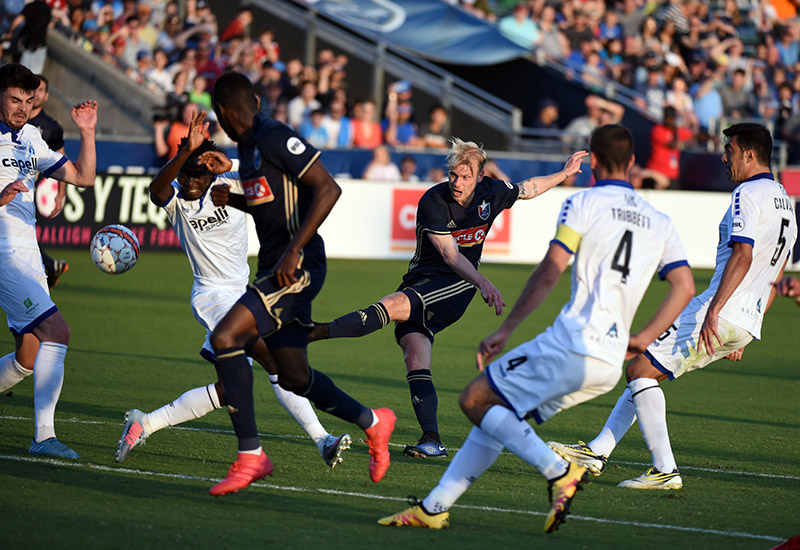