Cary, NC – The Triangle’s annual fundraiser for the National Inclusion Project returns this April, and Cary’s Fred Astaire Dance Studio is training the local celebrity participants to give audiences an entertaining night. 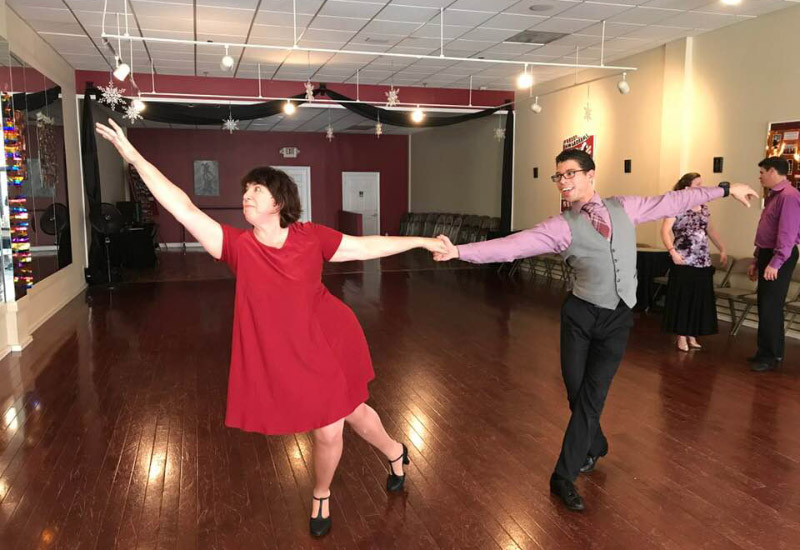 Dance training from the 2018 Dancing Like the Stars event

Dancing For a Cause

Dancing Like The Stars is an event where local celebrities are paired with trained dancers to put on a performance at the State Fairgrounds during the Southern Women’s Show on Saturday, April 13, 2019. Audiences vote for their favorite performance through donations, with those donations going to the National Inclusion Project, a non-profit that works with children’s organizations to be accessible to children with disabilities.

To get those local celebrities – ranging from television stars such as Jenna Cooper from The Bachelor, local journalists such as Jonah Kaplan from WTVD and local cardiologist Dr. Kevin Campbell – ready for the dance, they are training at the Fred Astaire Dance Studio in Cary, located in Saltbox Village on Kildaire Farm Road.

“We’re creating a particular routine for a song they pick. We ask them each questions to learn about the participants, including their hobbies and what sports they may have done but also find routines they may like from musicals or movies,” said Paul Millington, owner of Cary’s Fred Astaire Dance Studio. “We’re trying to create a character.”

The dance studio has private, group and practice party classes, and for the participating celebrities, Millington said they are focusing on those private classes to learn not only dancing basics but also learn non-verbal communication with their trained partner in the dance.

“The goal is to help them gain confidence and comfort,” Millington said. “We’re also looking for this dance to be entertaining. The audiences want to have fun and get excited.”

While all the participants are working to raise money for the National Inclusion Project, Millington said there is still competitiveness among the dancers, as a winner is determined through who gets the most donations.

“They’re working hard to get as many donations as possible,” Millington said. “And it’s good for the National Inclusion Project.” 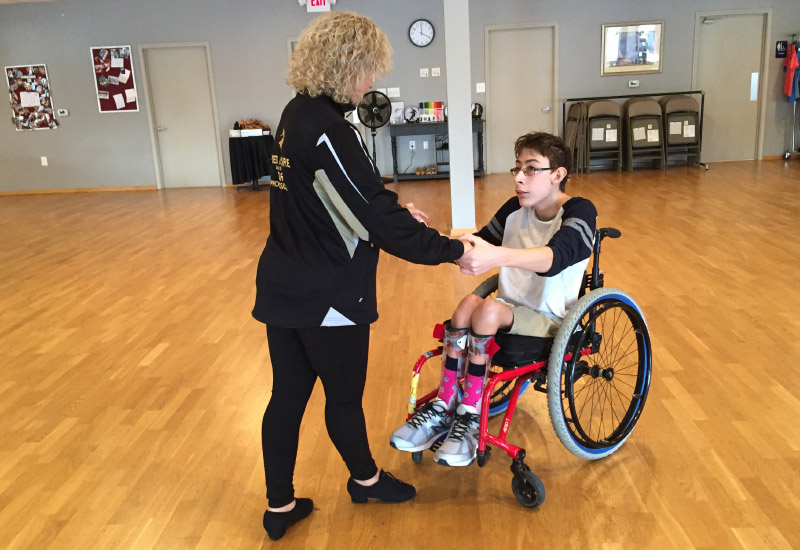 One of this year’s participants, Apex teen Tyler Jacoby

Cary’s Fred Astaire Dance Studio has worked with many non-profits, including the American Cancer Society, the American Heart Association, Operation Smile and the Wounded Warrior Project. With the National Inclusion Project, Millington said the organization reached out to them and he said they thought it was a great idea and they’ve been partnering with the project for the past several years.

“It’s trying to show that dancing and physical activities are for everyone,” he said. “We also have dance mobility programs here so it ties into what we do.” Additionally, one of the local celebrities in this year’s Dancing Like The Stars is Apex teen Tyler Jacoby, who will be competing while dancing in a wheelchair.

Through their training, Millington said the participating celebrities have also been learning about the benefits of dance, for both physical and mental health.

“What dancing does is, it helps with your self-expression and being yourself. It’s a freedom from your cares,” he said. “You can’t put a price on confidence.”

Fred Astaire Dance Studio is located at 1263 Kildare Farm Rd. in Cary. Dancing Like the Stars is Saturday, April 13, 2019 at the Southern Women’s Show at the State Fairgrounds in Raleigh. 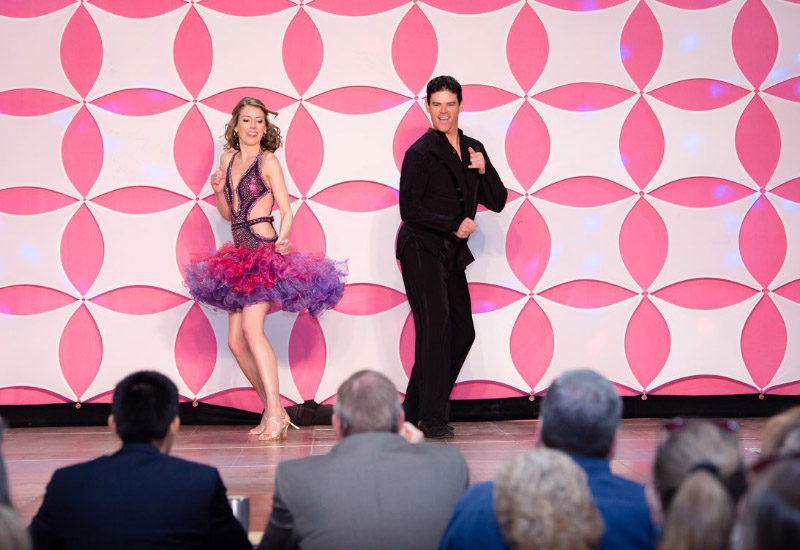 Mayton Inn Now Up for Sale
Scroll to top