The North Carolina Courage took on the Orlando Pride at Sahlen’s Stadium at WakeMed Soccer Park on Wednesday, April 17, 2019. After their home season opener ended with a low-scoring draw, the Courage looked ready to turn things around at this game.

The Orlando Pride seemed to anticipate this and played a particularly strong defense for the first half of the game, not letting anything through. But no defense is impenetrable and as the first half wound down, Crystal Dunn took advantage of a bad kick from an Orlando player away from the net and got the ball and passed it to Lynn Williams. Williams was left wide open and had the freedom to set up a shot on Orlando goalkeeper Ashlyn Harris, scoring for the Courage a minute before halftime.

In the second half of the game, the home team just kept racking up points. Another sloppy kick from Orlando got the ball loose and Williams wrestled it away and passed to Jessica McDonald, who scored in the 55th minute to bring the Courage up 2-0.

Later on, a scramble in front of Orlando’s net led Dunn to try a big kick that paid off, hitting the back of Orlando’s net. She followed it up shortly after in the 76th minute as a deflected ball landed right in front of her, and from the far post, took a shot and raised the score up 4-0.

The Courage were not done there and in the 88th minute, as gameplay was near completion, Julia Spetsmark hit her first goal as a North Carolina player. She got the pass from Kristen Hamilton and kicked a ball that looked like it might miss as it hit the crossbar but it then deflected and bounced into the Pride’s net, ending the game 5-0. 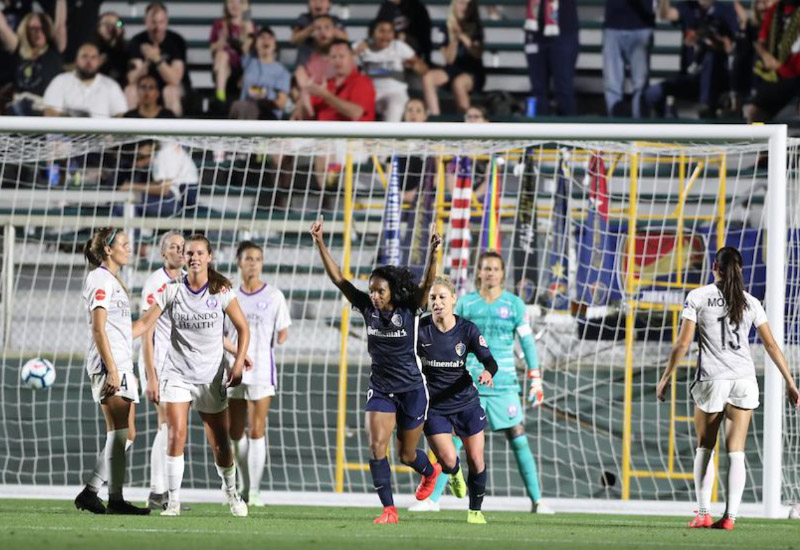 With Wednesday’s victory, this is the NC Courage’s first win of the 2019 regular season.

“We got in some good second balls and created five or six great chances in the second half,” said NC Courage Head Coach Paul Riley. “It was great to get our first win and get the ball rolling.”

The last time the Courage had a margin of victory this big, it was against Houston Dash in Saturday, September 8, 2018.

Fest in the West: Even Better for 2019
Scroll to top