Cary, NC – The Cary Players‘ final performance of the season starts this weekend with “Four Weddings and an Elvis,” exploring four unusual couples looking for a speedy wedding at an Elvis-themed Las Vegas chapel. 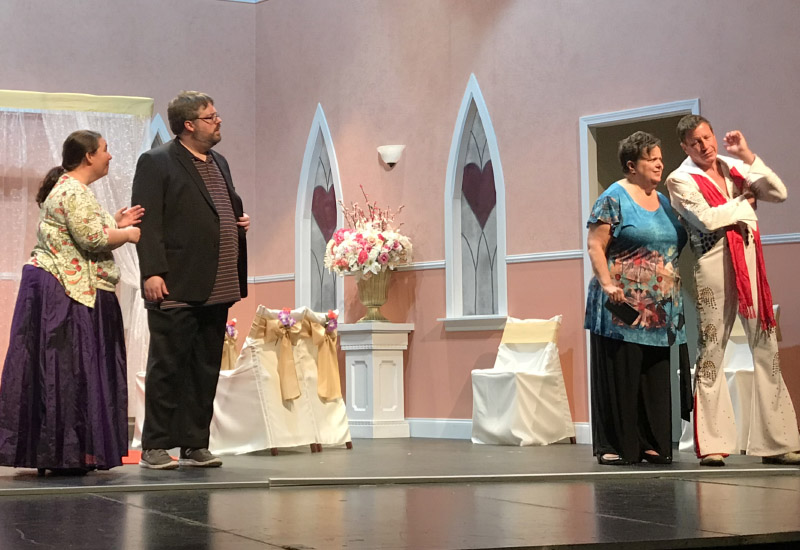 “Four Weddings and an Elvis,” running from Friday, April 26 to Sunday, April 28 and Friday, May 3 to Sunday, May 5, 2019, tells the story of four couples trying to get married quickly at a wedding chapel, either out of revenge or for personal fame or even to get out of prison.

Weaved through these four couples’ stories is the chapel owner, Sandy, and lead producer Jeri Summer said she stabilizes the entire show.

“Sandy’s a woman who’s been married four times and divorced three times, all to the same man. Where she could be jaded, she is positive, while still staying sarcastic and witty,” Summer said. “It’s her durability, her ability to stay focused and positive, that holds the story together.”

Through Sandy’s character and the four couples’ interactions, Summer said director Nicola Lefler leaves the audience with a positive message about where love can find you.

“Love can be created where it wasn’t before. It’s a story about finding someone who is the antithesis of who you thought you would fall in love with,” Summer said. “It confirms a positive attitude about life. You don’t know what’s around the corner.” 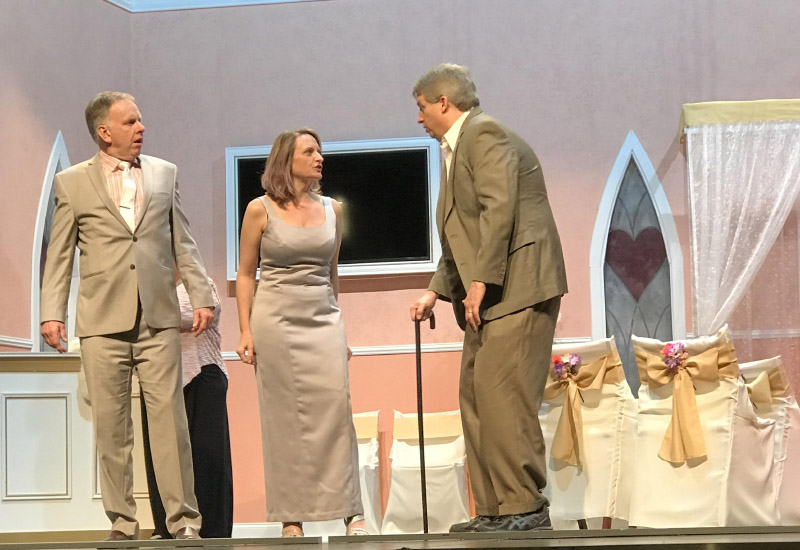 With a play that focuses so much on different relationships, Summer said pairing the right actors and personalities was very important to the success of the Cary Players’ “Elvis.”

“We were looking at chemistry as much as their talent,” Summer said.

“Elvis” also features many characters who have become cynical about marriage and romance so while many of them are jaded, Summer said they still balance out the overall play.

“The actors are careful not to play that as a single note,” she said. “There’s still lots of love and laughter.”

Audiences will also see a full set created by the Cary Players’ production and costume teams, with stained glass windows that bring in light and costume choices that add extra personality to the characters.

“The set leaves the audience feeling like they’re in a real Vegas wedding chapel,” she said.

The Cary Players present Four Weddings and an Elvis 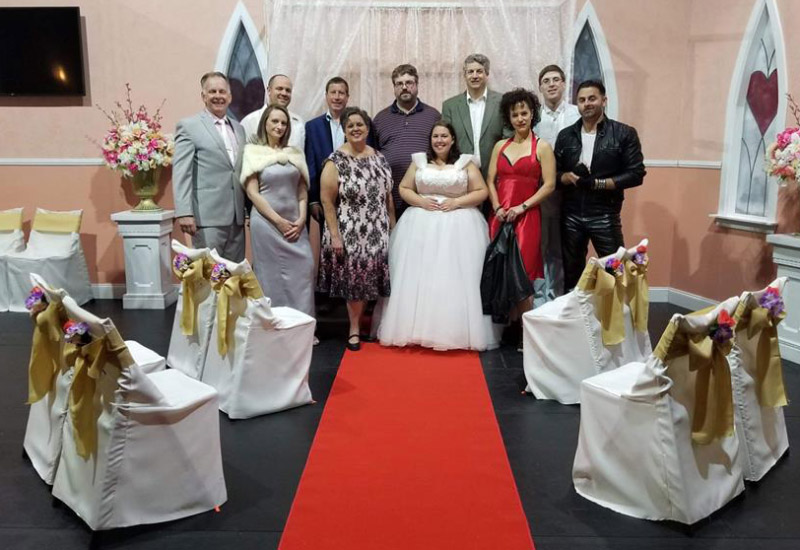 Story by Michael Papich. Photos courtesy of the Cary Players.