Cary, NC – After a week of vacationing things slowly ramped up a little this week.

Monday town management received a phone message from a representative regarding plans to purchase Lord Corporation.

The following are details of the $3.6B purchase:

Parker Hannifin Corporation PH 0.27% announced Monday that it has entered an agreement to buy privately held LORD Corp. for about $3.675 billion in cash.  https://www.benzinga.com/news/19/04/13615052/parker-hannifin-to-buy-lord-corp-for-3-6b-companies-are-very-much-aligned.

Tuesday I had the pleasure of visiting an 8th grade science class presentation on sustainability. There were five presentations with three students each. The presentations focused on ways Cary could improve its sustainability. Ideas included the use of wind turbines, solar power, LED lighting, and transit. Suggestions on solar power included solar shingles and trees with solar leaves. It was also suggested that new neighborhoods should be self-sustaining. Very interesting. 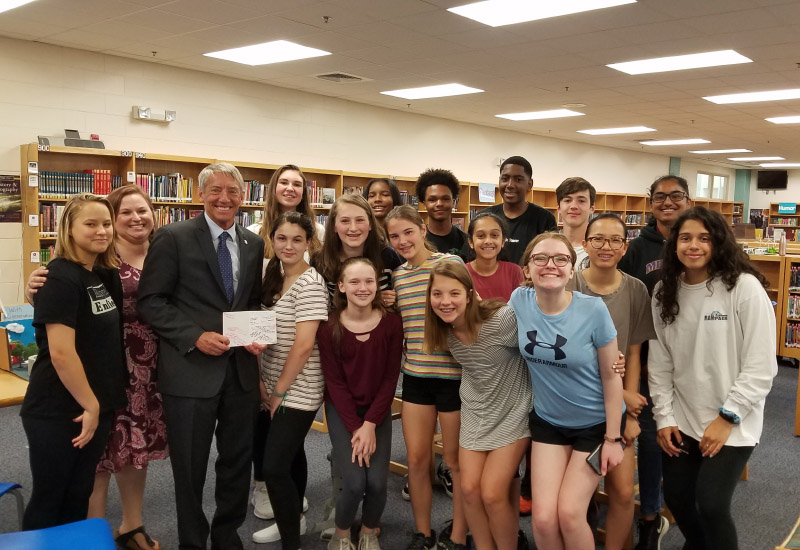 It was obvious the students had done a lot of preparation for this presentation and I encouraged them to continue to follow up on their ideas and to keep asking why not. I also suggested they reach out to our sustainability manager and our Environmental Advisory Board.

Thursday I had the honor of attending an event to honor NC House representative and former Cary Mayor Pro-Tem Gale Adcock. In attendance was NC Attorney General Josh Stein, two Wake school board members, two Morrisville council members, and Cary council members Bush and Frantz. Stein spoke about several issues he is dealing with including addressing the opioid crisis and expanding Medicare.

Mrs. Adcock spoke about several current issues but one comment had the biggest impact on me. Using a baseball analogy she said home plate is in the isle and you can only score runs there. That means you can only get things done if you work together in a bipartisan effort. I totally agree. I’ll add that you can only reach your potential as a governing body when all work together towards common goals. It is my sincere hope that will be the legislature’s direction one day.

Friday I participated in a meeting of the North Carolina Metro Mayors. Here is a summary of that meeting from the Executive Director:

A very active week in the General Assembly as the House is wrapping up work on its budget. Adding the pace is the “crossover” deadline of May 9th which requires many bills to pass one chamber to remain eligible for consideration in the other of our two legislative chambers.  This deadline speeds up the process of bills being pushed through, often resulting in less scrutiny or public debate.  City leaders should remain vigilant and monitor activity in order respond to timely legislative issues over the next week.

Nothing specific to report

Saturday – Fest in the West

Saturday I attended the Fest in the West event at USA Baseball National Training Center along with Council members Frantz, George, and Robinson. The event drew hundreds of people and lasted for several hours. This was a one of a kind event with contests like pie eating and Hillbilly Horse Shoes (throwing toilet seats). It also had three stages for entertainment. Of course, there was great food, crafts, and even beer vendors. 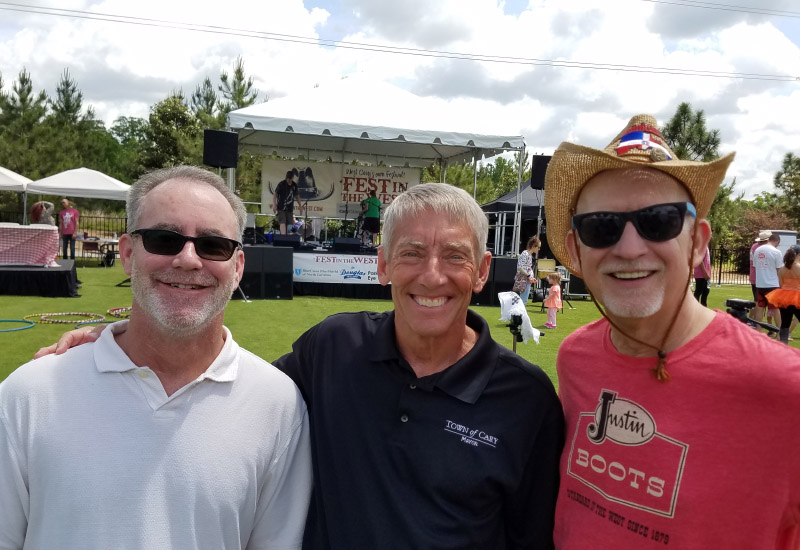 Although it was a little warm everyone seemed to be having a great time. Cary was proud to be a partner of this event. It is important that our newest residents in West Cary connect with the town through events like this. Thanks to all for making this event happen.

The North Carolina Policy Collaboratory’s Jordan Lake Nutrient Management Study, funded by the NC General Assembly, includes extensive sampling and hydraulic profiling to identify primary nutrient sources and evaluate the reservoir’s vulnerability to eutrophication (the process by which a body of water becomes rich in dissolved nutrients that stimulate the growth of aquatic plant life, thereby depleting dissolved oxygen). The study also includes both in-lake and watershed-level modeling to evaluate the likelihood that BMPs, regulation and restoration will mitigate the nutrient issues. Cary staff from Utilities and Stormwater attended the Jordan Lake Nutrient Management Research Symposium in April, where faculty researchers from UNC and NC State presented preliminary project findings. The Collaboratory will submit its final report in late 2019. 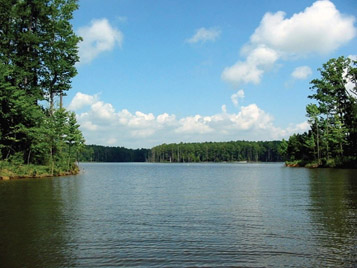 As the Policy Collaboratory completes its work, another avenue of engagement will be Jordan Lake One Water (JLOW), a collaborative association of local governments, conservation groups, universities, water utilities, agriculture, and private industry stakeholders organized in 2017 to facilitate watershed-wide cooperation and resource management. Town Council and Utilities staff have participated in the bimonthly stakeholder and elected-official groups since JLOW’s inception. JLOW is currently organizing an advisory committee of stakeholders to identify next steps to engage the state on revisions to the Jordan Lake Rules.

The construction improvements at the Cary Parkway / Kildaire Farm Road intersection are currently on schedule. The contractor has been clearing and grading for the retaining wall on the southwest corner and the turn lane extension in the median of Cary Parkway. The contract includes new landscaping for the vegetation that was removed in these areas. This work has created a blank canvas to improve the visual impact in this area, and staff is working on a new, more engaging landscape design. Given the construction schedule and optimum planting times, we anticipate planting trees and shrubs in the fall and perennials next spring.

The New Hill Community Center (NHCC) held its Grand Opening on April 27. Funded by the Western Wake Partners, Cary, Apex and Morrisville, this community center is a symbol of the outreach to the residents of New Hill, near the Western Wake Regional Water Reclamation Facility. Steve Brown, Jeff Adkins and Inga Kennedy, Cary’s outreach consultant for the Western Wake project, attended the festive event. Our conversations with current and past New Hill residents enjoying the “homecoming” were celebratory and friendly, and taking part helped to deepen our relationships with the plant’s neighbors. Pictured above are staff members Steve Brown and Jeff Adkins with Paul Barth of the NHCC and Chris Brook and Danielle Carman of the Southern Coalition for Social Justice. Chris Brook, recently sworn in to a seat on the NC Court of Appeals, represented the NHCC in mediation and legal settlements while with the SCSJ. 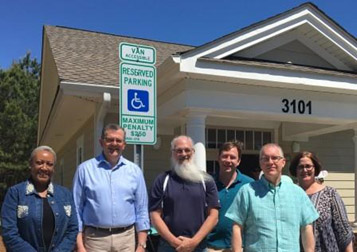 The community center is an attractive and well-built venue, outfitted with all the fixtures and furnishings needed to serve as a community event center, and appears to have a solid core of volunteers to keep it going. This milestone is an accomplishment for the Western Wake Partners as well as the New Hill community – a partnership has formed where previously there was conflict. We can certainly take pride in our shared outcome and the tangible contribution to their community. 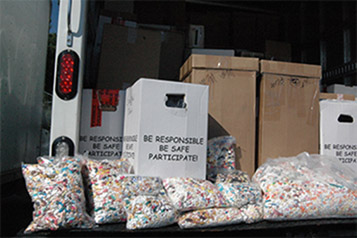 On May 2, the Police Department weighed and counted the medication collected on April 27 at the five Operation Medicine Drop locations in Cary. We collected 780.6 pounds medicine, an increase from the 719.2 pounds collected in 2018. The cumulative total is 1,124.2 pounds of unwanted or unused medications that could otherwise have ended up in our landfills or water systems or, worst of all, be used in ways that cause harm. The collected medications were boxed, weighed, logged and transported for safe destruction. 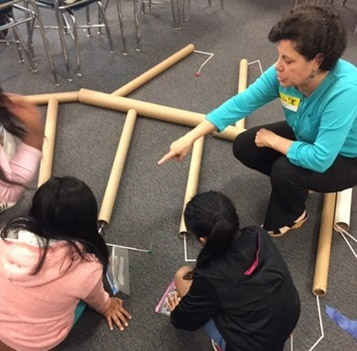 Area elementary schools have been teaching a module on water based on One Well by Rochelle Strauss and have reached out to Cary staff member Marie Cefalo to enhance student understanding. After teaching at Mills Park Elementary and Swift Creek Elementary last month, Marie spent this week teaching third graders at Cary Elementary. Marie developed the interactive, hands-on lesson to help students understand the difference between water, wastewater and stormwater; what responsibilities the Town and citizens have with each; and how they are all interconnected and part of the world’s water resources. 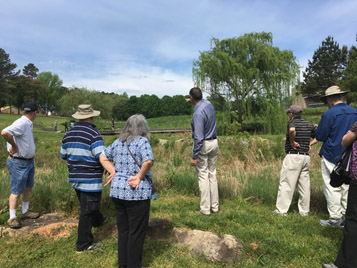 Citizen-Organized Field Trip
George McDowell and other active Cary citizens organized a visit to the North Carolina Museum of Art (NCMA) to tour the NCMA Park and Park Expansion and hear from Dan Gottlieb,  NCMA Director of Planning, Design, and Museum Park, as well as the architect, Walt Havener of Surface 678. The Chair of the Environmental Advisory Board, Rick Savage, and two Cary staffers, Emily Barrett, Sustainability Manager, and Jan Patterson, Stormwater Engineer, joined Liz Johnson, Morrisville Town Council Member, and a member of Morrisville’s Environment and Stormwater Committee for the tour. The tour highlighted sustainability features, including surface and subsurface retention of stormwater (100% of the rain that falls on the is site retained on the site) and tree canopy. Key themes were experimentation, innovation, aesthetics, and that the site was designed to be a living work of art. A key takeaway was the importance of an early vision in realizing a site that is not only beautiful and engaging to the visitor, but also has exceptional environmental performance.

Sgt Robin Edwards and PRCR’s Savanna Click organized a Community Outreach Fair on May 2 at the Herb Young Community Center. Seventeen organizations – churches, non-profits and government agencies – came together to create partnerships to provide resources for underserved areas of our community.

The recruitment period has officially begun for Cary’s Advisory Boards, Commissions, and Committees! Applications are accepted through June 30 and can be completed online. If you get questions about the advisory groups or how to apply,  direct citizens to  search “Boards, Committees and Commissions” at www.townofcary.org or call (919) 319-4508.

Officer Tom Vibert was recognized at the Exchange Clubs of Wake County’s 72nd Annual Law Enforcement Banquet on April 29. Officer Vibert was nominated for his actions last May when he responded to an apartment building fire. Officer Vibert entered an apartment from which no one had fled, found the resident unconscious and subsequently carried the resident to safety. This lifesaving action was followed by a full recovery.

The Morrisville Fire Department reached out to assist on a cardiac arrest call on Tuesday. Cary Engine 7 responded to a respiratory difficulty on Mercer Grant Drive. Morrisville Pumper 3 was in the area, heard the dispatch and brought their crew to assist. This type of call is very manpower intensive, so the extra hands were appreciated as they jumped right in to help make a difference in the life of a citizen. The team effort resulted in the patient getting a return of pulse and being transported to the hospital with a pulse. We are so thankful for our great working relationship with Morrisville Fire Department.

Kudos to the staff members who worked on the Holly Brook Water and Sewer Extension Project for a job so well done that a citizen expressed appreciation to the Mayor.​ 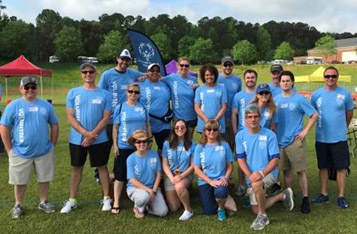 Thirty employees, retirees and family members assisted with the Special Olympics Wake County Spring Games held at Cary Academy on Thursday and Friday. The Special Olympic athletes train throughout the year at their schools and look forward to their moments to shine. Running these events require many extra hands and enthusiastic, smiling faces. Thanks to all who helped celebrate and share in the joy of the athletes and their family and friends.

Zoning Board of Adjustment

Well, that is all for this week. My next post will be on Sunday, May 12th.  Although I have Facebook and Twitter accounts those are not the best means of communications with me. Please send all Town of Cary questions or comments to Harold.Weinbrecht@townofcary.org and email personal comments to augustanat@mindspring.com.