Cary, NC – The Town of Cary reached an agreement to purchase the Nancy Jones House, the oldest standing house in town, with plans to relocate it by next year.

The Nancy Jones House, located at 9391 Chapel Hill Rd., was built in 1803 and is listed on the National Register of Historic Places. But the historic house is also located near the Sri Venkateswara Temple of North Carolina, built in the late 1990s, and temple officials said it was interfering with their activities and community programs.

So, the Town of Cary announced on Thursday, May 3, 2019 that it would pay the Sri Venkateswara Temple $100,000 to acquire the house and will relocate it.

“This agreement will allow an important part of history to be preserved while at the same time increasing the Temple’s capacity to serve the community well into the future,” said Ravi Kandukuri, Vice Chairman of the Sri Venkateswara Temple’s Planning Committee. “We are appreciative of our renewed partnership with the Town and look forward to finding more opportunities for working together.”

According to Senior Planner Anna Readling, the terms of the town’s agreement with the temple say the house must be relocated by October 2020.

“Both the interior and exterior surfaces of the house need scraping and/or painting, and I suspect that the electrical system may need updating, though this hasn’t been verified, but overall the house is remarkably solid considering it is over 215 years old,” Readling said. “As with all houses old or new, I’m sure other things will crop up, but this is what I know right now.”

The Nancy Jones House’s new location has not yet been decided. Over the next year, not only will the town and preservationists determine where the house will go, but also how to repair damage the house has accrued over the past two centuries.

“There are the usual old-house issues: past roof leaks have caused some water damage on interior walls, some of the floors joists in a later rear addition may need some reinforcement, there is some termite damage and some windows will need repair. The two, original exterior chimneys have both separated from the house because the chimney footings have subsided,” Readling said. “When the house is moved, the chimneys will be placed on new, level footings which should correct the separation problem. The mortar joints in the chimneys will need re-pointing after the move.”

A Place to Rest

The Nancy Jones House was built nearly 70 years before the Town of Cary was even incorporated. Bob Myers with the Friends of the Page-Walker said there was very little in Cary at this time but the house’s position between Chapel Hill and Raleigh made it an ideal stopping point.

“The University of North Carolina opened in Chapel Hill in the late 1700s and so that route became more heavily traveled,” Myers said. “Its position lent it to become a stopping point from Raleigh to Chapel Hill or Raleigh to Hillsborough.”

The house’s design itself also helped with that, from its size, its bright white color and its floor plan.

“It has two large front rooms, either of which could be used as a parlor,” Myers said. “Nancy Jones herself would provide meals or drinks.”

The Nancy Jones House is the oldest standing building in Cary, managing to stay up even when other houses – such as High House, also built by the Jones family – have since gone away.

“A big reason for that is, for most of its existence, the Nancy Jones House has been used as a residence,” Myers said. “It’s been continuously occupied, and sitting empty is never good for a house.”

Myers said he and the rest of the Friends of the Page-Walker are happy the house can be preserved and he said it was the culmination of 15 years of work.

“We consider the Nancy Jones House to be one of the most important buildings in Cary,” Myers said. 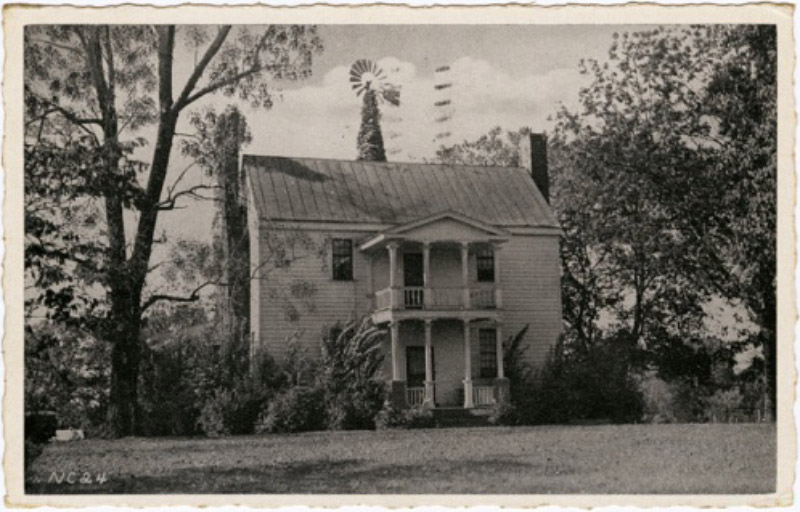