Cary, NC – Local soccer fans had a treat this weekend as both North Carolina FC and the North Carolina Courage played home games, drawing in both instances.

North Carolina FC took on Birmingham Legion FC at Sahlen’s Stadium at WakeMed Soccer Park on Saturday, May 18, 2019 and, despite a strong attack early on, were unable to score a single point.

In the 24th minute, Ben Speas got a low shot in and punctured Birmingham’s defenses, but when Marios Lomis got the ball, his shot hit the goal posts and bounced out of the way. A similar close call happened in the 31st minute as Steven Miller had what looked like an open net. But credit to Birmingham goalkeeper Trevor Spangenberg as he leapt like a cat and narrowly deflected the ball.

The closest opportunity came in the 81st minute as Dre Fortune got in close and hit a curving shot that ended up hitting the crossbar.

“It was a frustrating night,” said NCFC Head Coach Dave Sarachan. “I thought we should’ve walked away with three points tonight. I didn’t think in the first half our soccer was as good as we could be. I thought we played a little slowly. I think we could’ve upped the tempo. Having said that, I thought we created a few chances that we didn’t convert. We didn’t really concede a whole lot. In the second half, it was similar. I thought our tempo was better. Our passing was a little better. It was one of those nights. We hit a couple posts, there were skirmishes where I think we should get on the end of it and we walk away with one point instead of three.”

With this 0-0 draw, NCFC is now ranked eighth in the Eastern Conference, with four wins, four draws and two losses. NCFC continues to advance in the Lamar Hunt U.S. Open Cup, with a game Wednesday, May 29, 2019 against Florida Soccer Soldiers at 7 PM. 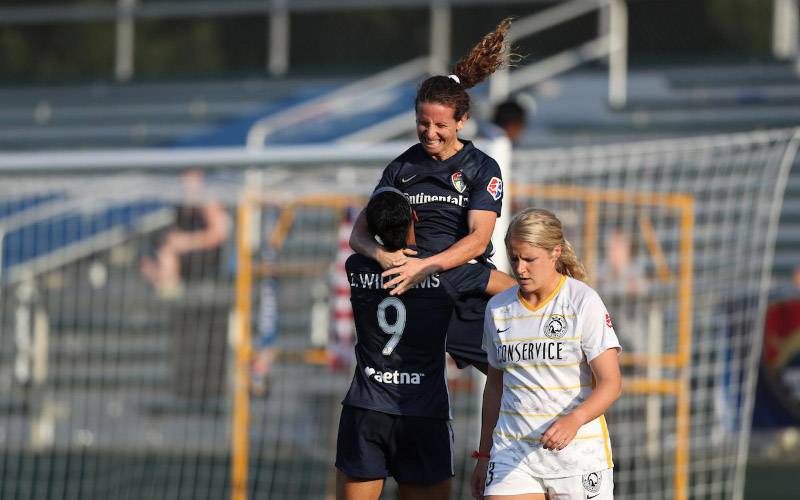 After NCFC played on their home turf, the North Carolina Courage took the field on Sunday, May 19, 2019 to play against Utah Royals FC, now the second-ranked team in the NWSL.

While the Courage, like NCFC, are known for their fast playing, Utah beat them to the punch and scored first early on, with four one-touch passes slicing through the home team’s defense and letting Amy Rodriguez get the goal.

Lynn Williams retaliated with a strong charge to Utah’s net but her shot went wide and left the away team in the lead, with neither team scoring again until halftime.

But as Head Coach Paul Riley said, the second half turned things around.

“We’ve got to start the first half like that and play the whole game like that. The first 25 minutes, we didn’t get out of the gates at all. We let them dictate the tempo of the game and they want to slow down and knock the ball around. They controlled the first 25, and after that, we got a grip on the game. We upped the tempo and we were the much better team – 18 shots to 2 in the game,” Riley said.

In the 68th minute, Elizabeth Eddy came in, playing her first game of the season, and the midfielder proved her usefulness ten minutes later as Debinha got her an assist and Eddy kicked a volley, scoring on Utah goalkeeper Nicole Barnhart.

It was an exciting goal but the Courage couldn’t get another one, so the game ended with a 1-1 draw. Last year’s champions are now the fifth-ranked team in the league.

“I think it’s three home games out of four where we said we didn’t finish our chances. I think we’ve had more chances in this game than the Orlando game which we won pretty comfortably,” Riley said. “We’ve got to put our chances away, but second half the effort was brilliant. I told the players if we start 1-nil down every game, we’d be really good, cause the second-half effort was brilliant.”

Their next home game is on Saturday, June 15, 2019 against rivals the Portland Thorns. 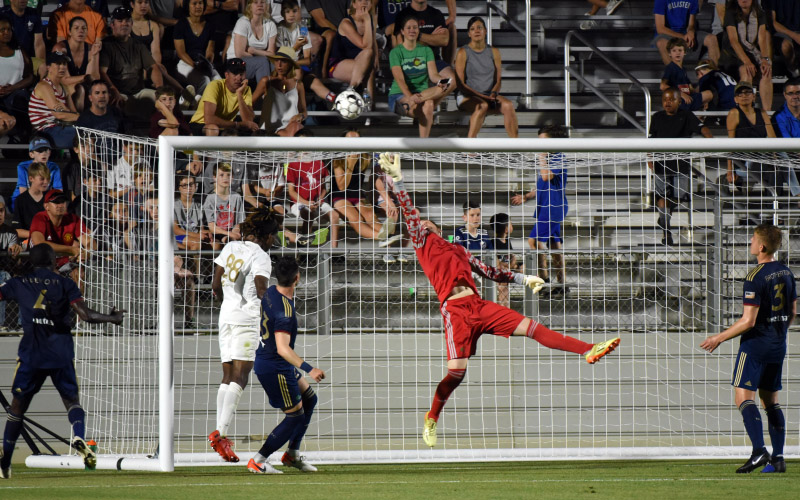