Cary, NC – With so many restaurants coming and going in Cary, it’s important to check in and see what is now in town. And with Father’s Day coming soon, we can see what there is available right now with burger and barbecue.

Crosstown Pub and Grill opened in Downtown Cary in 2015 and has remained a popular spot since then, located at the intersection of downtown’s two biggest roads.

Not only does Crosstown offer a number of burgers, but the restaurant has a rotating list of beers and become a steady destination for sports fans to watch big games.

Abbey Road Tavern and Grill has three locations in the Triangle, with one in Apex and Fuquay-Varina in addition to Cary.

Abbey Road has become a destination for its burgers but it also attracts crowds regularly for its live music sets, as well as open mic shows on Wednesdays.

Academy Street Bistro takes an upscale approach to its hamburgers, with two different options for lunch and dinner. Both pair their burgers with bacon jam to give a consistent smokey bacon taste, but the lunchtime Bistro Burger gives customers a more traditional burger while the dinnertime Academy Burger adds new flavors with white cheddar and a fried egg.

The burgers come with a menu of rotating dishes based on seasons as well as a full cocktail bar, as well as wine and North Carolina draft beer.

Located in the shopping center anchored by Big Lots, Corbett’s Burger and Soda Bar is a 1950s throwback restaurant, with a vintage layout and pairing burgers and hot dogs with a variety of sodas from small batch brewers.

But one thing Corbett has over burger restaurants from the 20th Century is a large variety of options, pairing burgers with Southern, Southwestern, Hawaiian and many other flavors, plus special soda-infused sauces.

Opened in 2009, RallyPoint has made a name for itself as a classic sports bar. Not only does RallyPoint have a welcoming environment for watching sports, they have a variety of burgers with different sauces, cheeses and toppings.

In addition to their burgers, RallyPoint also has wings with many different sauces and dry rubs. 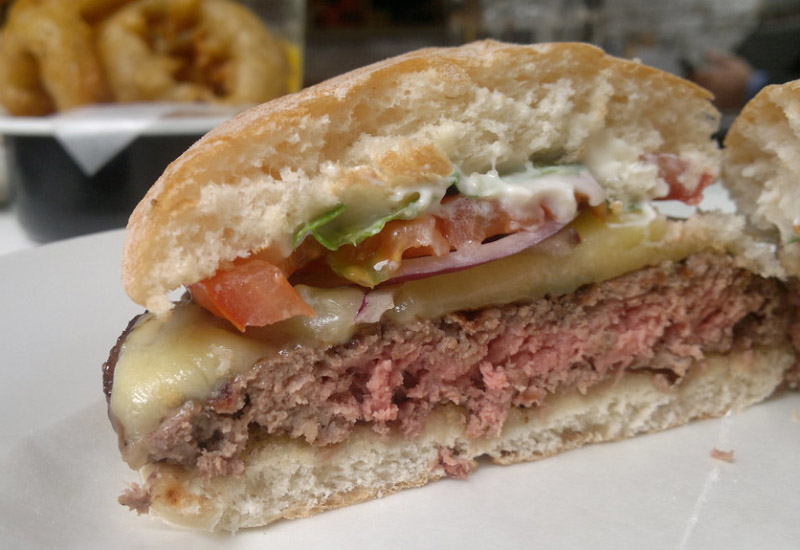 Spirits Pub and Grub right at the entrance to Downtown Cary offers a number of different burgers, as well as meatless burgers. The restaurant also has a constantly changing menu of specials, pairing burgers with new and nontraditional toppings.

Spirits also offers something different to their experience with a variety of mac and cheeses, with Southwest and Southern and other flavor influences.

Craft Public House sells made-from-scratch burgers, promising farm-to-table ingredients with their food. Craft has a variety of burgers and barbecue, adding in everything from salsa to mac and cheese to house-made sauces.

Craft also has a large number of TVs and projectors big and small, all so sports fans can be guaranteed to see whatever game or match they are looking for.

Tribeca Tavern is a locally-focused local burger restaurant, not only promising local ingredients, but also handmade from scratch burgers. Those burgers are also paired with a wide array of North Carolina beers.

Woody’s Sports Tavern and Grill regularly attracted big crowds in Downtown Cary. In part, this is due to the tavern’s large menu of burgers, wing sauces and beers both local and international.

Woody’s also brings in lots of live music and is one of the best places in the Triangle to go and watch high profile UFC matches.

Burger21 is a unique take on burgers, with a variety of never-before-seen burger ideas, as well as limited time experimental burgers all throughout the year.

Burger21 pairs this with not only many terrific milkshakes but there is also a sauce bar to mix and match different flavors for your food.

BurgerFi is a growing burger chain around the country, promising a much higher quality hamburger than other chains. Cary has one current location in the Arboretum off of Harrison Avenue but a new location is opening soon in the Crossroads in Cary.

Not only does BurgerFi have many styles of burgers as well as a rotating menu of burgers, they also offer meatless options, including the new “Beyond Burger.”

Serving both barbecue and burgers, Remington Grill draws on the aesthetic and tastes of the Wild West, serving smokey burgers with sauces and fixings left to the customer.

Remington Grill also has its own original sauces, including a very popular spiced sauce for french fries. 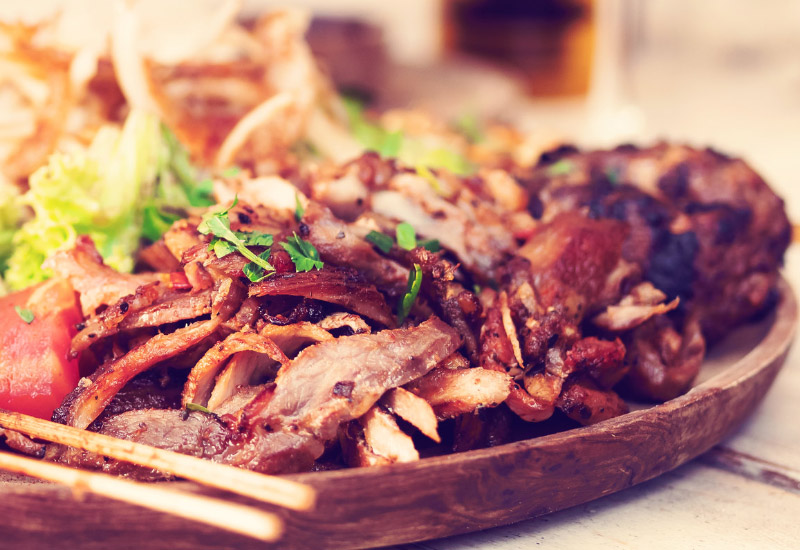 City Barbeque is one of Cary’s most popular spots for barbecue, often getting lines out the door for their slow cooked meat.

They offer every cut of barbecue one could imagine, including pulled pork, brisket, ribs, pulled chicken, turkey breast and Texas smoked sausage. Diners can get a dish just for themselves or a sampler platter to share with friends and family.

With a traditional local barbecue atmosphere, Danny’s Bar-B-Que is a local favorite. Danny’s serves wood cooked barbecue with home-made sauces, all set out on platters that give it a home cooked, Southern dinner feel.

Brew N Que has an extensive and rotating list of North Carolina beers, often in small batches that customers may not have tried before.

Smokey’s BBQ Shack mixes different styles of barbecue, with dry rubbed, slow cooked meat paired with vinegar-based sauces. Everything at Smokey’s is made to retain a local, home town feel, even getting their wood from Roxboro.

Smokey’s has both barbecue platters with a mix of pork, chicken and beef, as well as barbecue sandwiches.

Korea has a long history of barbecue, with new and strong spices that American customers may not have tried before. Buldaegi BBQ House is a good introduction, with Bulgogi platters mixing spicy barbecued meat with vegetables and rice.

Buldaegi has an extensive menu for barbecued pork, with spicy tenderloins, pork steaks and more.

Located just outside of Downtown Cary, the Golden Pig has been open and thriving in a location where many restaurants have not been able to stay. Golden Pig has a variety of Korean dishes, including many kinds of Korean barbecue. This means both beef short ribs and fatty pork, as well as bulgogi and other spicy dishes.

Story by staff reports. Photos by Whatley and Artem Beliaikin.

Make This Summer Unforgettable With These Warm Weather Safety Tips