Cary, NC – The long awaited decision of Justin Williams came over the Labor Day weekend when he announced he would “take a break” from hockey. It was not a retirement announcement, but the precision of any professional sport is such that any time away is that much harder to get in the groove if he decides the break is over.

Williams is an amazing athlete and if anyone can, and certainly if his good friend and coach Rod Brind’Amour helps him get into game shape, then Williams could make a return. Once mid-August passed and he didn’t make an announcement about returning, I thought his decision would be to retire. I also thought last week while playing golf with Roddy and recently retired Cam Ward, both would be putting the pressure on Willie to play another year. Willie’s leadership will be missed the most as he was both a vocal leader and a show-by-example player.

There may not be an argument; he might have been the slowest on the team but the man never gave up on a play or followed through on a check. He gave it his all on the ice and most players would say they respect him as a person and viable opponent. What I’ll miss is how the first game against Boston would be, especially against Brad Marchand, who is also a very talented player, but unlike Willie, is pure bush league on the ice with many of his juvenile antics and how the two went at it during the playoffs.

The Canes had another very good off-season, picking up some impressive forwards and signing one very good young defenseman. Ryan Dzingel came from the Columbus Blue Jackets and is a solid goal scorer. He has speed and quick hands and should be a great addition. Erik Haula was picked up from the Vegas Golden Knights and only played 15 games last season due to a leg injury.

President/GM Don Waddell signed Calvin deHaan last summer after he didn’t play most of the previous season and had a very good year with the Canes. Waddell hopes to hit the lottery again with Haula having a bounce back year. Like Dzingel, Haula is fast and has a good scoring touch with quick hands and typical ice-smart moves most Finns seem to possess. Waddell and Brind’Amour were able to sign Chase Priskie who was drafted by the Capitals but never signed a contract. He’s a right handed shot and lead the NCAA defense needs in goals his last year at Quinnipiac with an impressive 17 goals.

One again, for readers of CaryCitizen.com, there’s another special for tickets. Below are details for three games for the price of one. The prices are for all three games, not for each game.

September 29 at 1:30 PM is the free pre season game against Washington, in which I’ll send out details how to obtain those tickets at a later time. Play your cards right and this is really four games for the price of one.

Please send me an email if you’re interested. As soon as you indicate the number of tickets and which section, I’ll get the tickets (meaning with your email you’re committed) and confirm in an email you have the tickets reserved and where to mail payment. Email me, bfennel11@yahoo.com, with any questions or ticket orders. 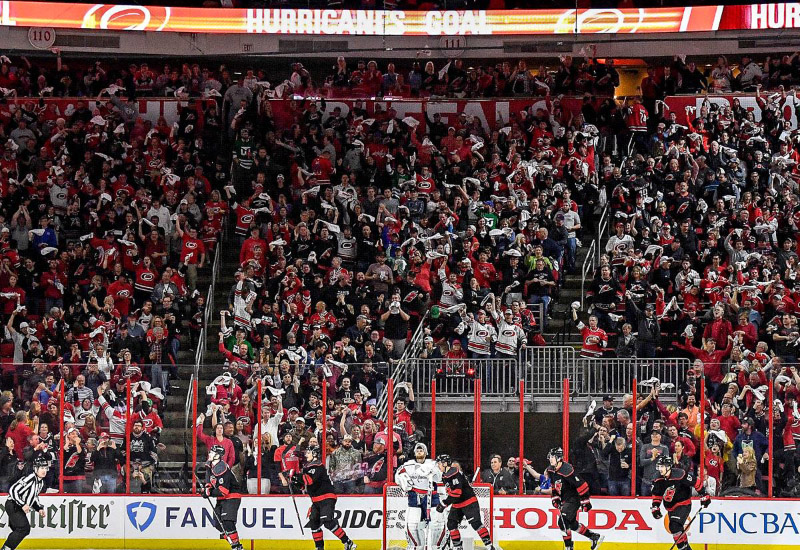 Hurricane Dorian and Cary: What to Expect