Cary, NC – This week was busy like previous weeks.

Monday I provided welcoming remarks for the SAS Championships media day. In my remarks I talked about the tournament’s economic impact on the community and the opportunities it provided to our citizens to see the legends of golf.

Later Monday I joined the manager, chamber president, and a council member in the SAS Championships media day golf outing.

Tuesday was a personal day as I set aside time to do a stress test which was part of my physical exam from this past summer. In case you are wondering everything is fine. The doctors were puzzled how my heart rate has been getting slower over the years. My one to two hours of cardio a day for the last several years definitely brings the heart rate down.

Wednesday I had the joy and pleasure of meeting about 100 to 200 parents and teachers from Green Hope Elementary in the Walk to School Day event. In my remarks I talked about the importance of physical fitness in our every day lives. Senator Nickle was also present and talked about safety. 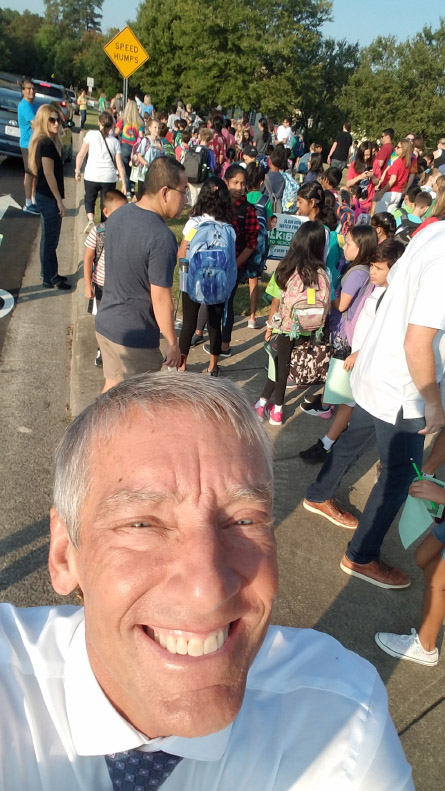 Wednesday evening I interviewed with a student from NC State about my job as a mayor. We talked for about thirty minutes. I had sent brief answers to her questions prior to our meeting.

My last event was the campaign kickoff for NC Court of Appeals Judge Reuben Young. What a very intellectual man. I am glad he is representing us in the court systems. Judge races are extremely important since they interpret the laws made by the legislature. And those laws have a direct impact on what we can and cannot do at a local level.

Thursday started with a meeting at the Homebuilders headquarters in Raleigh. It was a brief meeting.

Thursday evening I attended the Cary Chamber member appreciation event. I spoke briefly about the bond referendum and how it was extremely important for the citizens and businesses if we are to continue to be an exceptional community.

Friday was another personal day as I visited an orthopedic surgeon about my knee. I guess being a fitness fanatic has its costs. I will be having surgery soon to repair a torn meniscus.

Friday the North Carolina Metro mayors met for a legislative update. Here is the Executive Director’s summary of that meeting:

Brief OPENING remarks – After taking a break last week, the General Assembly returned to work this week to a light schedule.  The Senate plans to conclude their votes by October 31 but may come back for a special session in January. The legislature truly seems to be in “clean-up” mode now, trying to clear up broad, bi-partisan popular budget items while the Senate continues to look for a path to override and/or resolve the budget stalemate.

Our in-person education efforts end tomorrow with our 14th special event booth-sitting. Staff also gave 22 Speakers Bureau presentations in addition to my talks at the two community meetings and the Eye Opener kickoff. Cable and social media advertising will continue through Monday. Our outreach has so far led to over 12,690 unique visitors to carybonds.org and over 1,800 unique views of the bonds page at townofcary.org.

We’ve certainly left nothing to chance when it comes to our citizens understanding the choices before them. Staff members from throughout the organization have been focused, engaged, and intentional every step of the way. – even incorporating referendum information into a presentation for the Cary Newcomers Club. I couldn’t be more proud of them.

Elections results will be carried live on Cary TV 11. 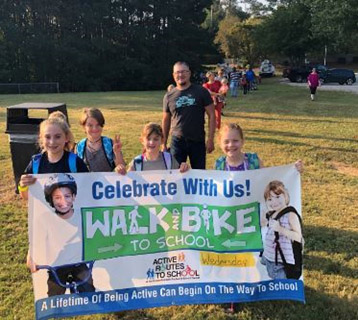 Cary partnered with Safe Routes to School and the 12 elementary schools that registered. The event serves as a great opportunity to recognize and bring awareness to the Town’s greenways and sidewalks and to ensure Cary remains a healthy, connected, walkable community.

Following up on our discussion at the August Quarterly, we’ve scheduled a work session on Tuesday, October 22 to review the proposed Academy Park and Baptist Church projects. Developer representatives will be present. We will provide more information closer to the meeting. 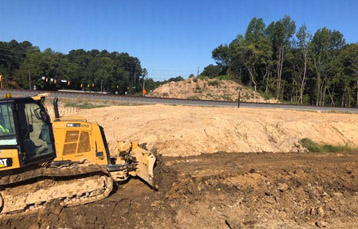 Fred Smith Company completed earthwork operations to “rough grade stage” for the Carpenter Fire Station Road Bridge and Intersection Improvements (east of NC55) and has begun surveying to lay out the new railroad bridge east of NC 55 Highway. The new bridge will support the existing CSX railroad tracks that run parallel to NC 55 and will cross the new roadway underpass that connects Carpenter Fire Station Road at NC 55 with Morrisville-Carpenter Road. Foundation work for the new bridge is set to begin this fall. Fred Smith and Cary staff will be collaborating to begin the aesthetic bridge submittals and mock-ups which will set the final aesthetic appearance for the new bridge which will be located just east of NC 55 at Carpenter Fire Station Road. The project is 30% complete and is expected to be finished in summer 2022. 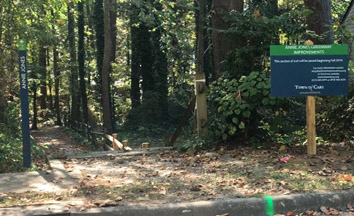 In preparation for celebrating 40 Years of Greenways on November 2, projects are underway at Annie Jones Greenway that will require closing portions of the greenway. Beginning the week of October 7, a contractor will repave the asphalt trail at Tarbert Drive where the first greenway was originally constructed. Construction has also started on paving the currently unpaved trail from Annie Jones Park to McCloud Court. Stairs will be eliminated to provide more inclusive access. This work, part of the FY2020 budget for greenway resurfacing, will be completed this winter. 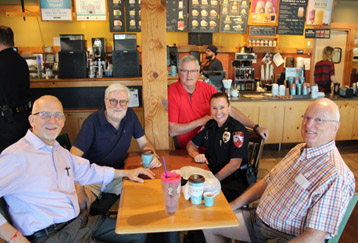 Coffee With a Cop

National Coffee with a Cop Day was a great success.  Thanks to Caribou Coffee for hosting and thanks to Council and staff who came out and supported the event.

It’s time to tune-up the Wake Transit Plan! The plan was first developed in advance of the 2016 sales tax referendum. A lot has changed since then, so it’s time to look at the major projects to make sure we are on track, both financially and conceptually. This is not a reconsideration of the recommended transit network, but rather an update to improve and build upon the goals set forth in the original plan. If you were part of the initial countywide planning effort, you are invited to participate in this update and can expect to receive an email soon with more details. If you were not part of the initial stakeholder group, but would like to participate in the update, please contact Kelly Blazey, Transit Administrator.

Highland Village residents thanked Town staff for their work on upcoming GoCary service changes. They wanted to make sure the Town knows how much they appreciate the time staff has taken to meet with them, listen to their concerns, and help them to remain independent with the use of GoCary. 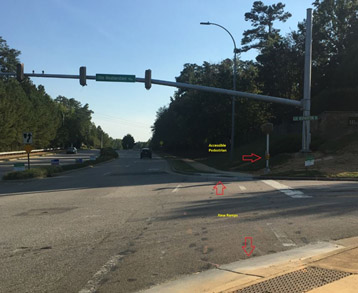 The new traffic signal at Maynard Road and Olde Weatherstone Way is scheduled to be on flash next week and in full operation when pavement marking is completed. This intersection has also been made accessible with new ramps and a pedestrian crossing.

With recent news coverage of Middle Creek HS student athletes sickened after drinking water from a tank at a ball field, I thought it was a good opportunity to review Cary’s water quality monitoring and testing that occurs on a daily and weekly basis throughout our entire water service area — more than 1,000 miles of water pipes. Water sampling and testing is administered by staff who utilize a network of 126 sampling stations and our certified water testing laboratory at the Cary/Apex Water Treatment Facility. Staff constantly monitor conditions throughout our water system to optimize water quality. More than 50,000 water samples are tested annually. We have reviewed all testing data for this week and confirmed that our water met our consistent high quality throughout the entire service area. 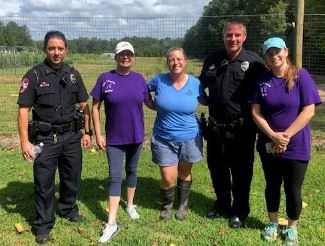 A recent community event at Good Hope Farm combined environmental service with opioid education. After a local family lost their child to an overdose, they reached out with a desire to create an event in honor of their daughter who loved the outdoors. The result was truly an example of how caring and supportive our Cary community is. With the help of Outreach Coordinator Sarah Justice and Corporal John Maia, Senior Officer Scott Schulz and Officer Andre Lopez from PD, over 50 community members spent several hours volunteering in a wildlife habitat. After the work party, the group gathered for a heartfelt presentation from the family that requested the event. Police officers followed up with informative outreach about this dangerous epidemic that is claiming lives in our community. A highlight of the event included a thoughtful Q&A session between about 25 local teens and police officers about navigating crucial conversations with their peers about addiction. 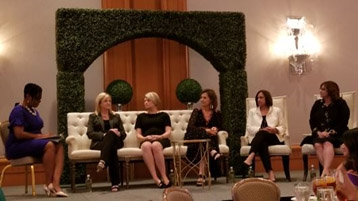 I was pleased to have the opportunity to attend a luncheon honoring Women of Western Wake honorees including one of our own, Council Member Lori Bush. Lori served on an impressive honoree panel that included Ravila Gupta, Vicky Serany, Catherine Truitt and Shelley Westman. The panel was moderated by Deborah Holt Noel of UNC-TV. Congratulations to Lori for being honored as one Cary Magazine’s Women of Western Wake! 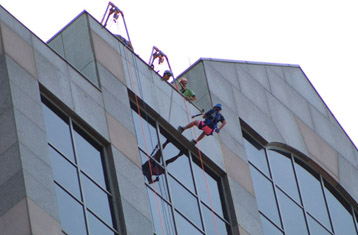 Sgt. Seth Everett and Chief Toni Dezomits went Over the Edge last Saturday, rappelling 30 stories off the Wells Fargo Capitol Center in downtown Raleigh to raise awareness for nearly 40,000 North Carolina Special Olympic athletes across the state. This effort, which raised over $2,000 for NC Special Olympics, was made possible through a partnership with Crosstown Pub and Grill.

Zoning Board of Adjustment

Well, that is all for this week. My next post will be on Sunday, October 13th.  Although I have Facebook and Twitter accounts those are not the best means of communications with me. Please send all Town of Cary questions or comments to Harold.Weinbrecht@townofcary.org and email personal comments to augustanat@mindspring.com.

New Study Critiques Cary as Community for Seniors to Live
Scroll to top
%d bloggers like this: