Cary, NC – In only five years, the North Carolina Chinese Lantern Festival has become a nationally and even internationally-known attraction in Cary. Each year brings totally new handcrafted lanterns and this year takes that even further, with a major change to the iconic dragon.

The North Carolina Chinese Lantern Festival runs from Friday, November 22, 2019 to Sunday, January 12, 2020 at Koka Booth Amphitheatre. At a preview of the festival, visitors and guests got to see the lanterns and performers, including the new water feature lantern.

Previous years have had a massive Chinese dragon on the water, made by hand in Zigong, China and brought in by Tianyu Arts and Culture, Inc. This year, the dragon is replaced by a large Feng Huang, a mythological bird in Chinese culture, similar to the phoenix. This lantern sculpture is 150 feet wide and 26 feet tall.

“Any time we have an event, we want to dedicate some part of it to surprise and discovery,” said William Lewis, Cary’s cultural arts manager. “We don’t want people to think ‘Oh, I saw it all last year.’ Every year, we will have something different and it won’t just be small changes.”

Other new features this year includes far more interactive lanterns than before, including swings that light up, a playable piano, an elephant powered by a stationary bicycle and more. Also, there are several non-lantern dinosaurs with saddles on them guests can ride. They have animatronics in them so they move around and make dinosaur sounds, or what we can approximate a dinosaur would sound like.

Like the Feng Huang, all lanterns in this year’s festival are new from last year and they are all made by hand from colored cloth and lit by thousands of LED lights. During the multiple months that the festival runs, the artisans and workers who hand-assemble the lanterns, as well as the various gymnasts and live performers at the festival, stay and live in Cary. 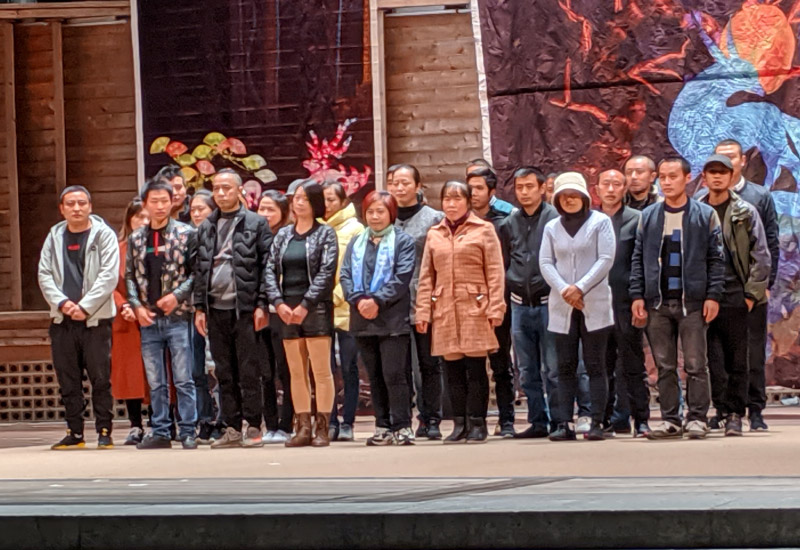 The people who assembled the lanterns in the festival

This festival is Lewis’ first as cultural arts manager and he said he’s always wanted to get a look at the assembly behind the scenes.

“It’s extraordinary to see these teams come together, take boxes out of trucks, put it all together and make masterpieces,” Lewis said. “This is not just something you can buy at Lowe’s and put a blower in it. I really have a greater appreciation for it all now.”

Each year of the festival, attendance has gone up and the festival is also a contributor to Koka Booth Amphitheatre’s recent string of budget surpluses, as this is often the venue’s quiet season. Right now, Lewis said Cary’s goal is to maintain the partnership with Tianyu and keep the festival here.

“With its popularity, other cities have come calling and asking when the festival can come to them,” Lewis said. “This has become a tradition for many people in Cary and we want to do whatever we can to keep it here.”

To do that, Lewis said the festival has to feel like a genuine partnership between the town and Tianyu.

“We have to maintain a mutual obligation to each other,” Lewis said. “That’s what making a true partnership is all about.”

Tianyu has also extended their contract with the Town of Cary through to 2024.

A Preview of the Lanterns 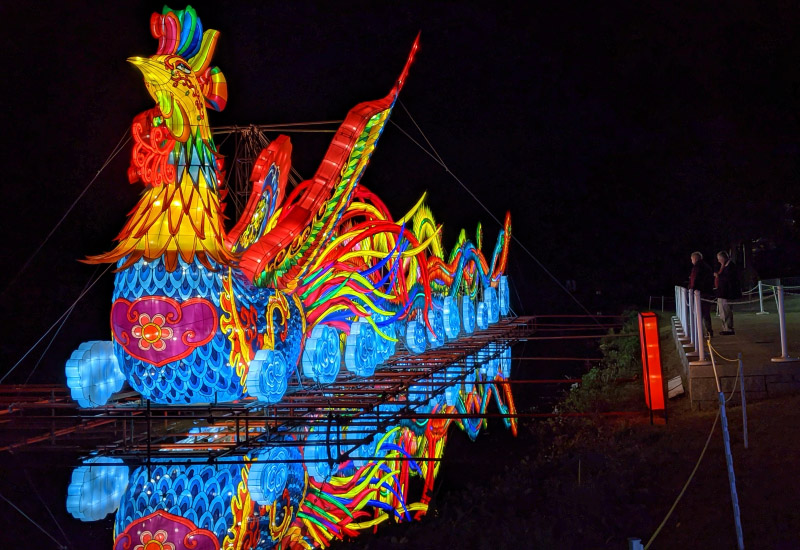 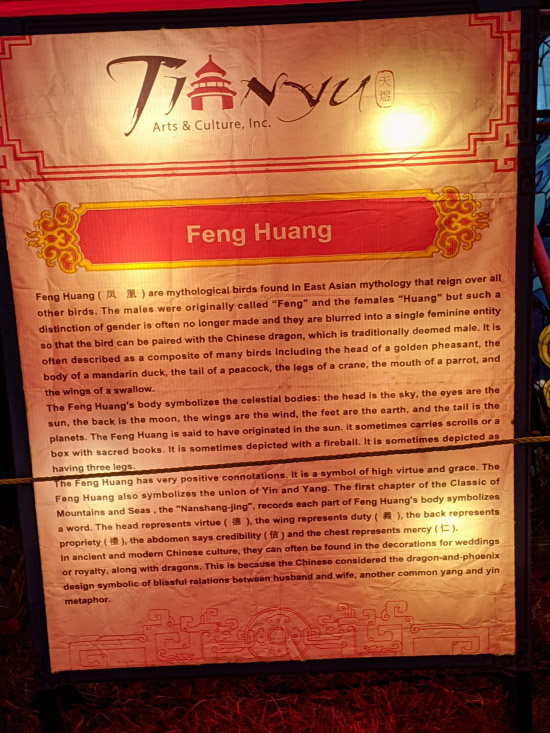 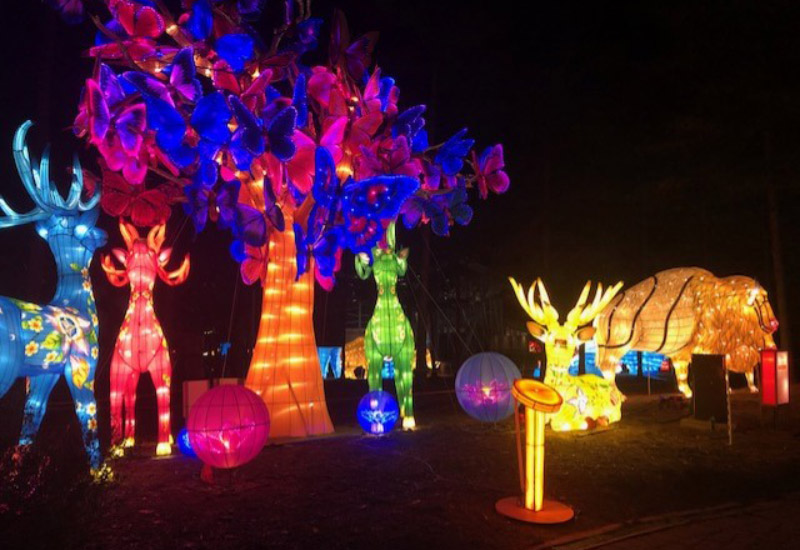 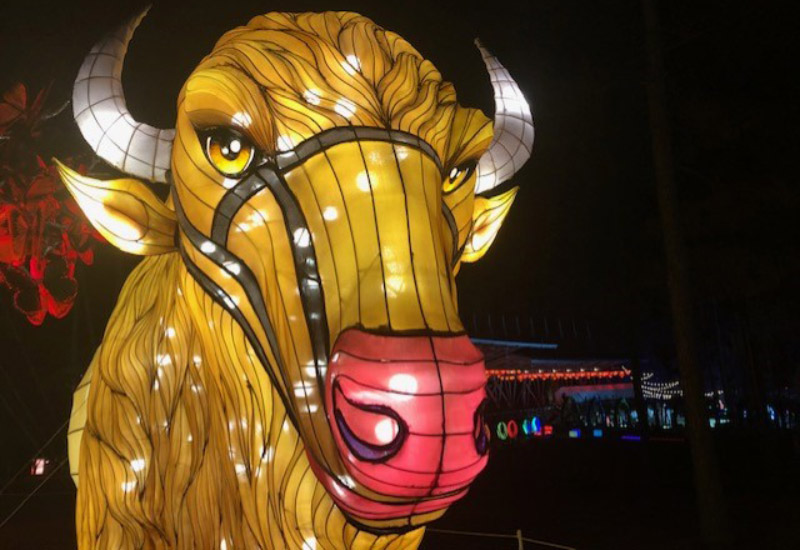 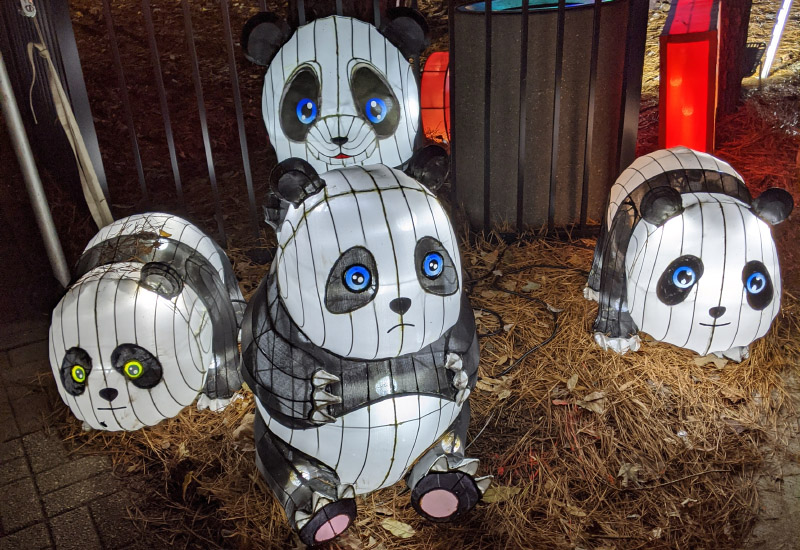 Pandas are a constant presence at the festival 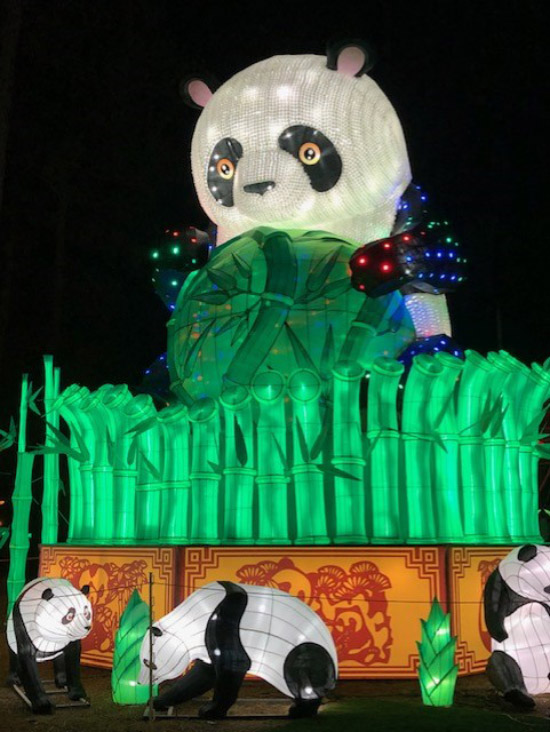 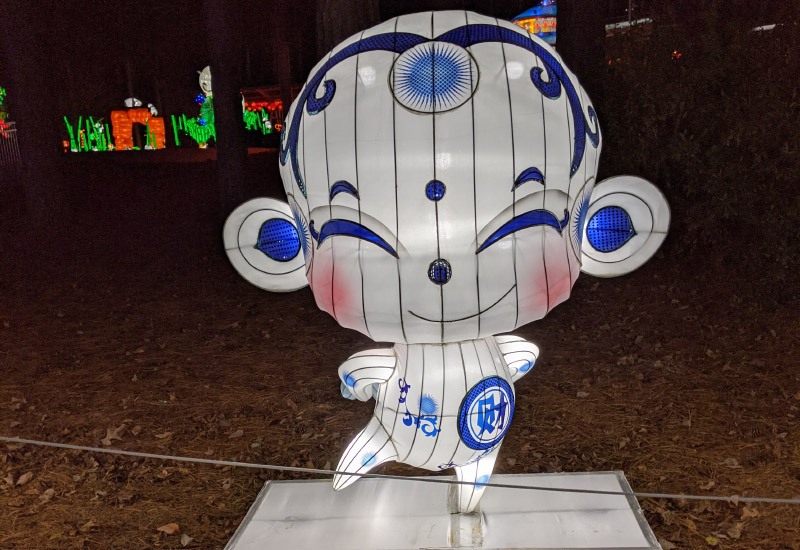 One of 12 Chinese Zodiac lanterns 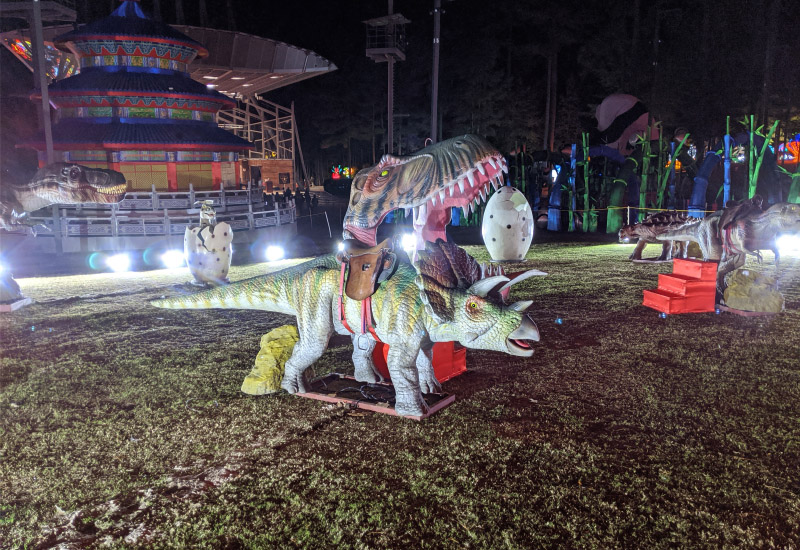 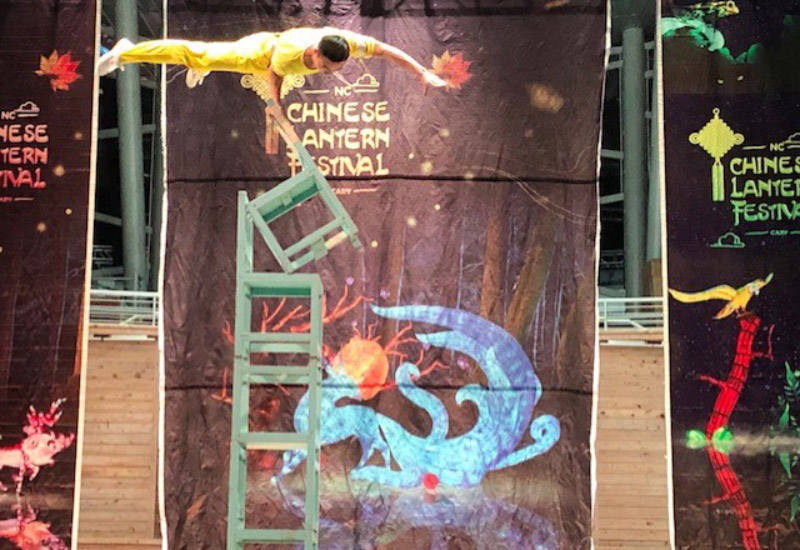 One of the acrobat performers at the festival 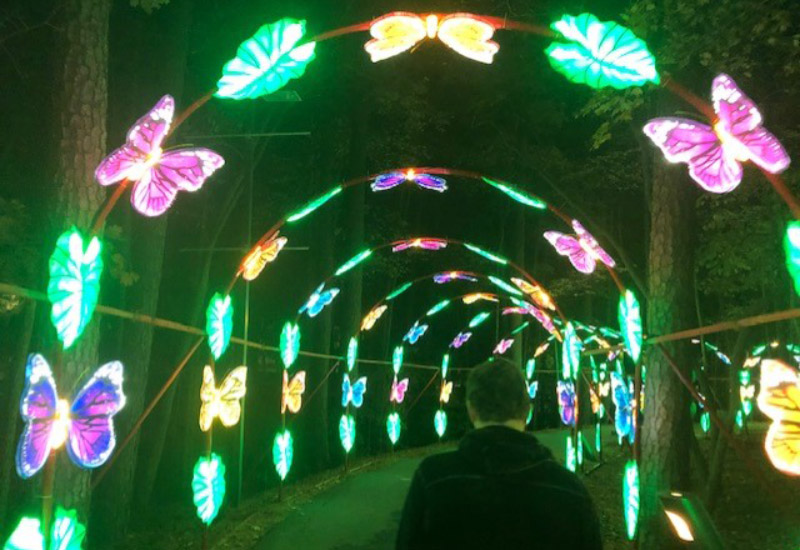 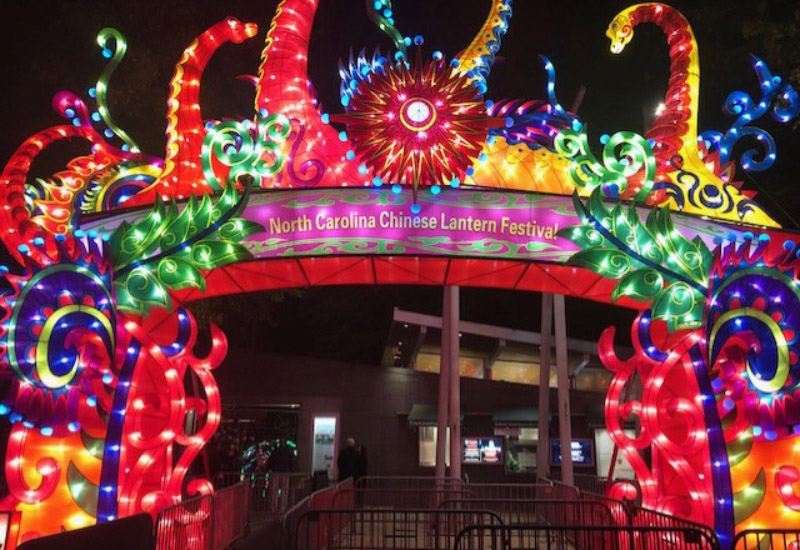