Morrisville, NC – Donna Fender is one of Morrisville’s newest Council Members, winning a special election in November 2019 to fill the vacant District 2 seat. We talked with Fender about why she wanted to run and what her top goals are as a member of Morrisville’s Town Council. 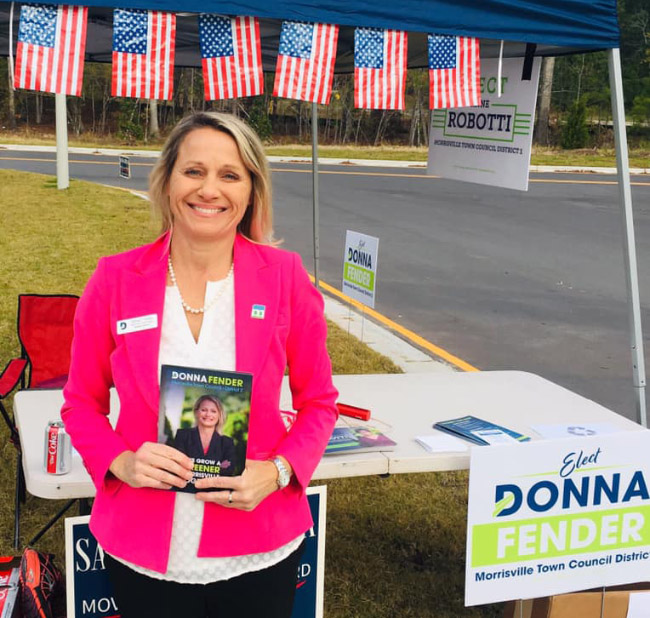 Fender, who beat Kristen Richardson and Matt Joseph with 52.5 percent of the vote to win her seat, said the environment is one of her top concerns and it’s what made her want to run for Town Council.

“Driving by McCrimmon Parkway and Church Street, I saw where all these trees had been clear cut,” Fender said. “That was the straw that broke the camel’s back, and it made me want to do something.”

Fender was the only candidate endorsed by the Sierra Club who won in the 2019 Morrisville election. To preserve more trees in town, she said she wants to change the town’s unified development ordinance (UDO).

“In the UDO, you can specify the percent of trees to maintain on the land. That percentage needs to increase. Our UDO is much less strict than Cary or Apex’s,” Fender said. “Also, that ordinance doesn’t apply to single family detached housing.”

Another environmental policy Fender said she wants to adopt is installing solar panels on municipal buildings.

“We don’t have one town building with solar panels on it now,” Fender said. “It’s simple and it doesn’t cost a lot.”

One issue Fender said is close to home for her is affordable housing. She said her mother was homeless while she was waitressing, working as a medical lab technician and going to school for an associate’s degree because her landlord raised the rent higher than she could pay.

“That shouldn’t happen in this country,” she said.

“Town employees should be able to afford housing where they work,” she said. “When people hear ‘affordable housing,’ they think Section 8. That’s not what what we’re talking about.”

Another topic during the election was transportation, and Fender said she thinks Morrisville is taking the right steps to invest in transportation projects so the North Carolina Department of Transportation (DOT) funds them as well.

“All of the municipalities are competing for DOT funds, so we have to invest some of our own money to stand out,” she said, while also adding that she thinks Morrisville has been too dependent on developers to add turn lanes in the past.

Fender also said she supports plans for Morrisville’s Town Center and wants to build on what already exists in town.

“We can build on what we already have, with the library. Also, we can have a community center and a green space, and I would also like to see a community theater,” she said. “This would all go a long way to create a cohesive community.”

Before her term on Town Council starts, Fender said she is planning to meet with the rest of the council over the next month. 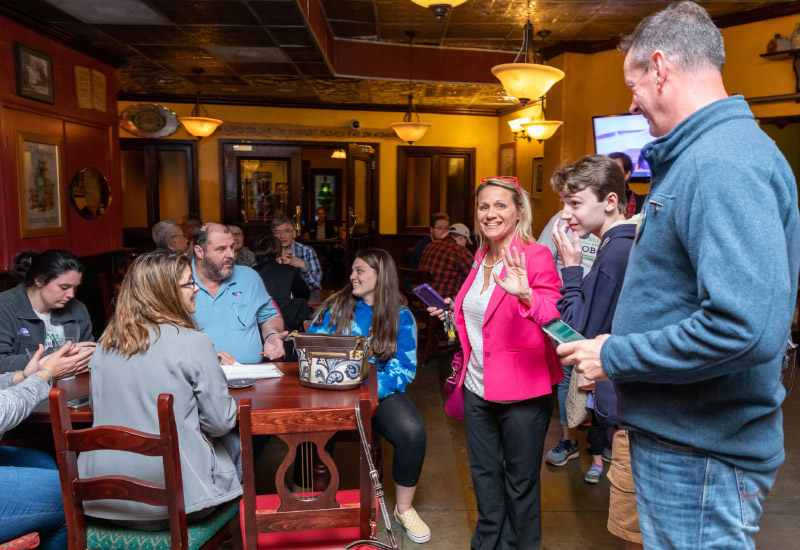 Unique Cocktails for the Whole Holiday Season
Scroll to top