Cary, NC – This weekend’s performance of Handel’s “Messiah” is the Cary Community Choir’s 49th, and this year, the choir will perform for the first time with Pepper Choplin as their director. 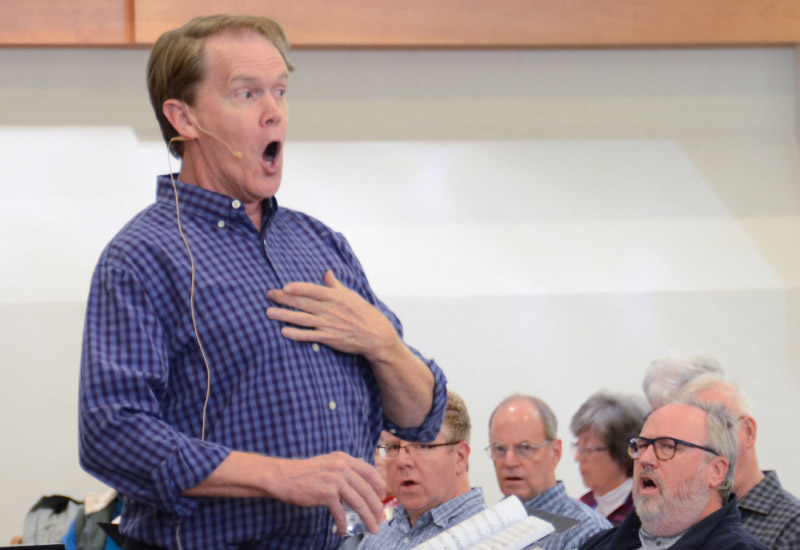 Pepper Choplin directing the Cary Community Choir during a rehearsal

In the nearly 50 years the Cary Community Choir has been performing “Messiah,” composed back in 1741, they have only had three directors. Choplin, that third director, said to prepare for the Sunday, December 8, 2019 performance, he has been learning about how other choirs have performed this famous piece of music.

“I’ve listened to a lot of recordings. Choirs have done it many different ways, with many different tempos,” Choplin said. “I’ve also been reading about the theological background to the music and the meanings behind the words.”

“Messiah” itself is a very long oratorio and the Cary Community Choir is only performing the Christmas portion of the piece, the Amen chorus, the Hallelujah portion and the “Worthy is the Lamb” portion, and Choplin said he and the choir are working to give the piece the appropriate weight.

“I hope audiences won’t come see us and go unchanged. I want to engage the audience,” Choplin said. “It’s an incredible achievement. Even at the time, major composers were blown away by ‘Messiah.'”

This year, the number of volunteer musicians in the Cary Community Choir is the highest yet. Typically, between 80 and 100 people come to take part in the “Messiah” performance, and this year, more than 150 people have already signed up and come to rehearsals.

“Handel originally put on ‘Messiah’ with around 30 people. So it’s a big difference to have more than 150,” Choplin said. “I’m encouraging everyone to move as an ensemble, not as a giant choir that lumbers over articulate phrases. They have to be light and nimble.”

Throughout his first role directing, Choplin said the rehearsals and working with the volunteer musicians has been his favorite part.

“It’s wonderful to see people experience the music, not as something in a museum but as a living, breathing work,” Choplin said. “It’s called the Cary Community Choir. Community is a big part of it. That’s the greatest force in this. The people who come together are not professional musicians, but they love to come and enjoy this masterwork.” 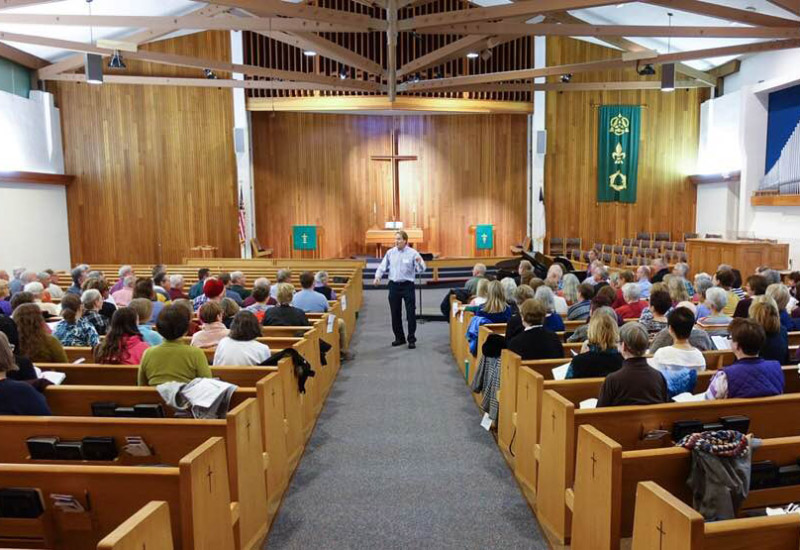