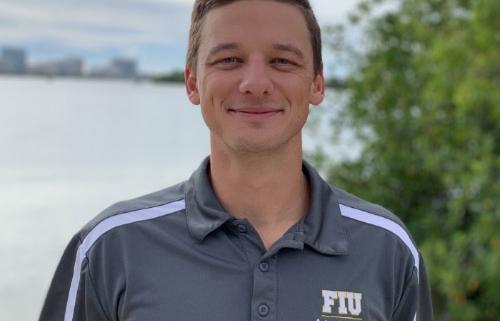 Cary, NC – The ocean is home to a vast number of ecosystems, many of which we still don’t understand. One graduate student from Cary earned a grant to study tropical fish behaviors, which is increasingly important work as ocean habitats undergo change. 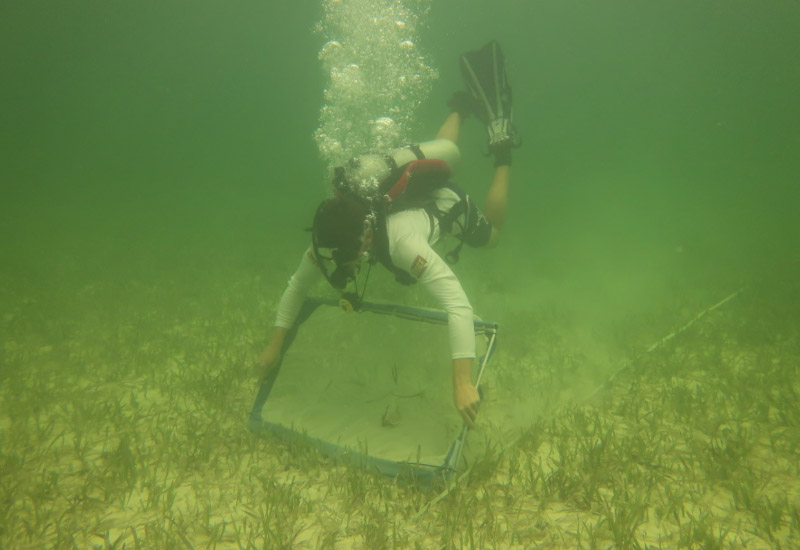 Research in the Field

Drew Butkowski, a graduate student at Florida International University from Cary, was one of eight students in all of Florida to receive the Guy Harvey Scholarship Award from the Guy Harvey Ocean Foundation.

With the grant’s $5,000, Butkowski said he can now model a study on why tropical fish move to different habitats in their reef.

“Most of our work in the tropical fish ecology lab is on coral reef fish management. We’ve seen that among the different habitats in the reef, fish move and forage between patches,” Butkowski said. “We want to see what trade-offs they’re making in the decisions to pick one location over another.”

Butkowski, who is supported by the Graduate School Presidential Fellowship, said they have already seen some clues, as many fish tend to stay in their schools during the day, but then break out and forage in neighboring patches at night.

“There’s a lot of work on land as well and we’re seeing how these sites impact each other,” Butkowski said.

With this funding, Butkowski said this will allow him to go out and work directly in the field.

“It’ll be a mix of diving and doing experiments in the lab,” Butkowski said. “Also, there are supplies, equipment and boat rentals. It adds up.” 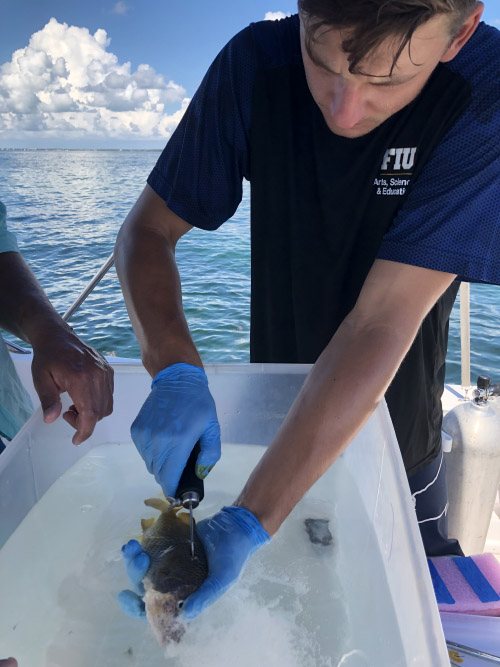 Learning to Love the Sea

To properly manage tropical fish, Butkowski said knowing more about how they move and forage is important, especially in the face of environmental changes associated with climate change.

“In South Florida, there are concerns about the seagrass decline and it’s unknown how it will affect the fish population,” he said. “The hope is, we’ll address those changes and know how they’ll affect the future. We’re giving the resource managers the best information possible.”

Butkowski said other researchers in marine life are seeing the same sorts of changes.

“It’s something everybody in the field has to deal with,” he said. “We try not to get disheartened.”

Cary is not exactly a coastal town but it’s close enough to the beach and other science centers that Butkowski could get a taste of ocean life growing up.

“I’ve always been interested in the ocean. It was sparked at a young age by trips to the beach, trips to the aquarium,” he said. “I learned to scuba at Fantasy Lake Scuba Park and that’s where it all started.” 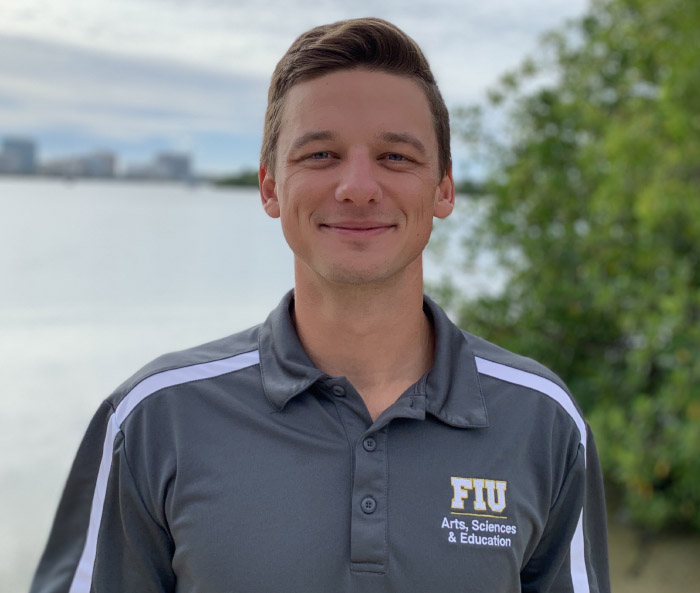 Bill Fletcher: Strategic Plan for the Future, Bus Driver Pay Raise and More
Scroll to top
%d bloggers like this: