Cary, NC — Hundreds of members of the Regional Transportation Alliance attended the 18th annual State of the Mobility meeting in Cary on Friday to hear the future visions and currents needs of the organization.

In 2016, the Alliance had set its highest priority on expediting the project of 540 to I-40 which is now under construction. While representatives of the NC Department of Transportation and Research Triangle Foundation took a moment to celebrate the achievements in that area, the Executive Director of RTA, Joe Milazzo II, brought the crowd’s attention to their newest priority — RDU Airport.

The growth in RDU Airport’s numbers of flights, destinations and passengers has created what Milazzo says to be an urgent need to expand infrastructure. This growth is quite unprecedented when you look at RDU’s master plan for development called, “Vision 2040.” Within the plan are estimates and projections to prepare for growth over the years and decades.

See the video below for a look at what’s in the works for RDU under their Vision 2040 plan.

In 2019, the airport saw the highest number of passengers in its history. These numbers were equivalent to what was previously expected for the year 2031. Effectively, passenger traffic is 12 years ahead of the plan that was approved in 2017, and it is continuing to increase.

What will it take to fix it? A total investment ranging from $3 to $4 billion over the next two decades.

Of this grand total it will take for the expansions, RDU’s owners contribute $50,000 per year. The owners include Wake and Durham Counties, and the cities of Raleigh and Durham. The NC General Assembly also contributes recurring funds. The airport itself is also seeing increasing revenues from the increases in flight and passenger numbers.

When all is accounted for, there is still a significant funding gap of $1- $2 billion. President of RDU, Michael Landguth, reported that the airport has enough funds to cover plans of expansion over the next 10 years. Past that timeline is where the concern lies and where there is the potential of the $1- $2 billion shortfall. 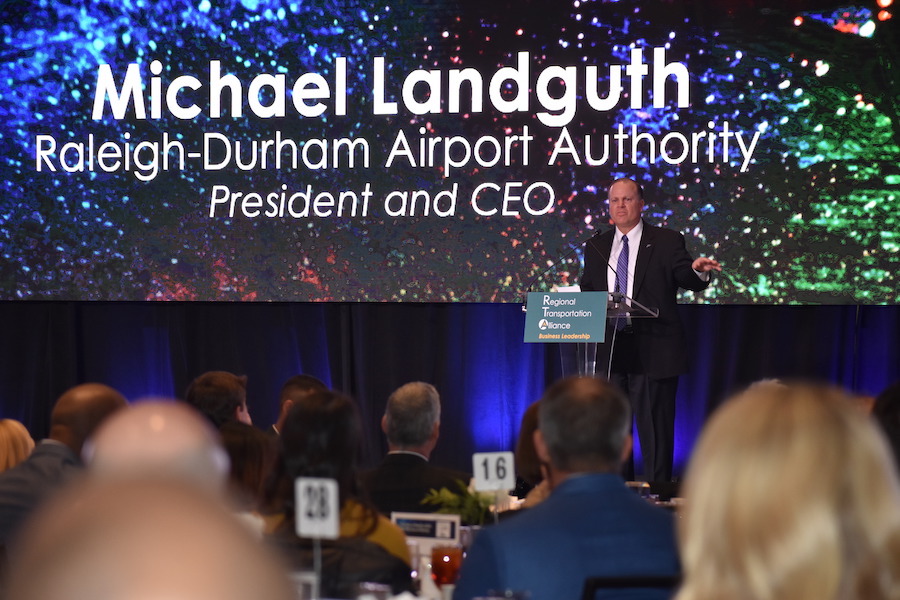 Realizing the gravity of the problem, the RTA formed a task force to come up with potential solutions. The RTA RDU Airport Infrastructure Development Taskforce is made up of 12 business and community leaders who have met monthly since September 2019.

The overall recommendation of the task force is to, “Expeditiously identify, approve, and activate a sustainable funding structure to address the $1-$2 billion funding gap at RDU over the next two decades to ensure the long-term success of RDU and the region.”

To see a full list of the task force’s recommendations including fees and other potential increases, click here. 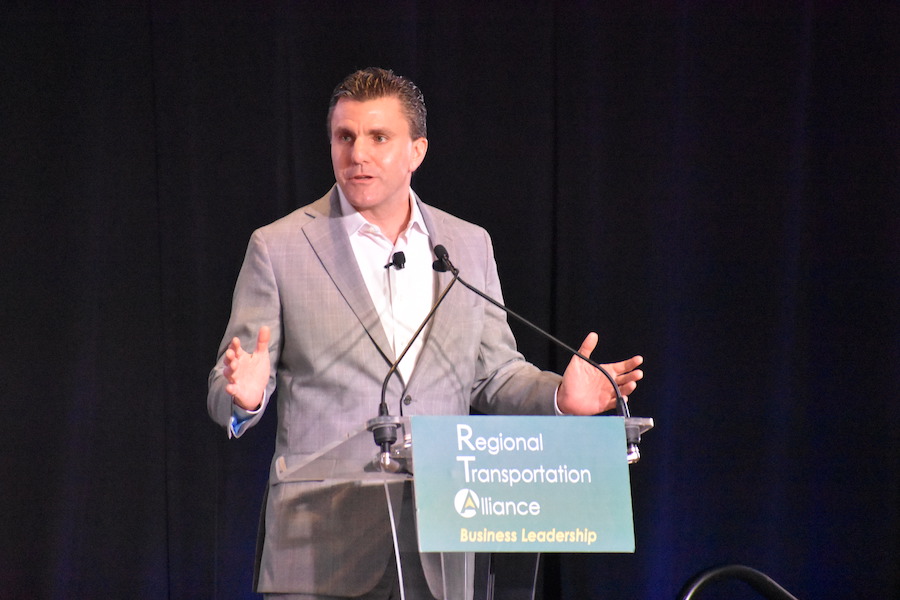 This may seem like a Raleigh or a triangle-based issue, but the representatives of RTA stress that mobility is an issue that affects all cities, towns and municipalities in the region. When posed the questions of what’s most important for Cary residents to know and how can they get involved with the efforts of RTA, Milazzo said, “In addition to engaging in the discussion around RDU’s funding challenges, we encourage the Cary community to participate in the development of the bus rapid transit corridor connecting downtown Cary and downtown Raleigh.

Milazzo continued “The Town of Cary will also be a key partner in the RTA study of the potential for zero-fare transit for everyone. In the next few weeks, a new innovative intersection solution will be piloted by NCDOT and the Town of Cary – called a “Dynamic Left Turn intersection” (DLTi) – to help reduce traffic delay throughout the day.”

Story and photos by Ashley Kairis. Video provided by Natalie Ridout of RTA.