Cary, NC – This week was a busy week with most activities occurring on the weekend.

Monday’s meeting with the town manager was cancelled due to his vacation.

Tuesday I met with two representatives from the Taylor Family YMCA.  The YMCA is working on their Long-Range Plan for the next 10 years. As they prepare for that Long-Range Plan the Corporate Development Office is interviewing local officials and leaders to help them shape their vision. I answered dozens of questions and told multiple stories in addition to providing information about how I thought Cary will grow in the future. We talked for about an hour.

END_OF_DOCUMENT_TOKEN_TO_BE_REPLACED

Cary, NC – This week was busy with several events and meetings.

Monday I attempted to contact council members to hear of questions or concerns about the agenda for Thursday’s regularly scheduled meeting. There was very little comment with one concern about the rezoning proposal at I540.

Later Monday I met with management and directors to go over the agenda. We did not have any major issues with the agenda, and I predicted the meeting would last about an hour and a half to two hours.

My last meeting on Monday was with the town manager and Mayor Pro-Tem. We discussed several issues including the permit process, the mall proposal, campaign violations, social media, the bond referendum, and the potential for buying land. Our meeting lasted about 45 minutes.

END_OF_DOCUMENT_TOKEN_TO_BE_REPLACED

Cary, NC – This week was a holiday week.

Monday I joined the Directory of Parks, Recreation, and Cultural Resources in New York at the USTA (United States Tennis Association) annual awards breakfast to accept the 2019 Featured Facility Award for the Cary Tennis Park. Our parks system continues to be the best of the best and our venues continue to be nationally recognized. Thanks to Doug McRainey and his staff for creating such an excellent park system.

END_OF_DOCUMENT_TOKEN_TO_BE_REPLACED

Cary, NC – This was a busy week that included a quarterly meeting and a trip to New York.

Monday I met with the town manager for our one-on-one meeting. We spent our time going over quarterly retreat topics. Specifically, how to address concerns with the mall redevelopment proposal.

END_OF_DOCUMENT_TOKEN_TO_BE_REPLACED

Cary, NC – This week’s activities were fewer than expected but I was still busy.

Monday I attended a meeting of the Wake County Mayors Association. Attending were mayors from Apex, Cary, Holly Springs, Morrisville, Rolesville, Wake Forest, and Zebulon. After a brief presentation on police training, we talked about local issues. The focus of our conversation was on the CAMPO LAPP projects (more on that later). We also decided that we should send a letter to the school board asking that municipalities have a say in the naming of schools within their jurisdiction. Our meeting concluded after about two hours.

END_OF_DOCUMENT_TOKEN_TO_BE_REPLACED

Cary, NC – This was a busy week for me highlighted by a big job announcement.

Monday I attempted to contact council members to hear of any concerns or questions they had about Thursday’s regularly scheduled council meeting. Comments from council members included the mall redevelopment proposal and the Environmental Advisory Board tree recommendations. Later in the day I met with staff and talked about the agenda items. We decided at that time to schedule a work session for the mall redevelopment to make sure all questions and concerns were addressed. I believed that Thursday’s meeting length would be about three hours.

END_OF_DOCUMENT_TOKEN_TO_BE_REPLACED 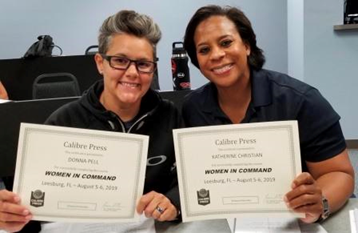 Cary, NC – This week was a little busier than last week.

Monday I joined the town manager, the chief financial officer, the deputy town clerk, the bond attorney, and a representative of the bank to sign legal documents for the sale of the last portion of the 2012 General Obligation bonds. The amount was $16,050,000 and will be used to implement promises made in 2012. Since we have the highest bond rating possible our bonds are at the lowest interest rate possible. The interest rates will be almost nothing since it is just barely above inflation.

Cary, NC – This week’s focus was mostly on a trip to New York.

Monday, I met briefly with the town manager for our weekly one-on-one. We talked about a range of topics that included the mall redevelopment, the hotel occupancy and meal tax, and my trip to New York.

Later Monday I held my first official campaign re-election committee meeting. We decided on treasurer issues and how we planned to proceeding.

Cary, NC – This week was a typical council meeting week.

Monday, I attempted to contact council members to hear of any questions or concerns about the agenda for Thursday’s meeting. The agenda was mostly public hearings so there were very few questions. Later in the day I met with key staff members and the Mayor Pro-Tem to go over the agenda. At that time, we believed the only public speakers would be with the Twyla Road public hearing.