Cary, NC – This week was eventful and busy.

Monday’s meetings were moved to Tuesday so that I could attend a big event for my wife.

Tuesday I contacted council members to hear of concerns or questions about Thursday’s agenda. There were some concerns about the Ivey-Ellington house in the Developer agreement for the Harrison Avenue and Chatham proposal. Later in the day I met with managers and directors to go over the agenda. We talked about the sequence of events for the oaths and the business meeting. I believed at the time the meeting would last until 9:30.

END_OF_DOCUMENT_TOKEN_TO_BE_REPLACED

Cary, NC – Activities picked up this week as we began the Christmas break countdown.

Meetings scheduled for Monday and Tuesday were cancelled.

Wednesday at noon was the Town of Cary annual employee luncheon which was held in the Herb Young center. Employees were treated to great food in an informal atmosphere that included couches. I started the remarks by introducing council members and thanking employees for all they have done this past year and all they will do in the coming year. Cary is blessed to have an incredible staff. They are truly the best of the best.

END_OF_DOCUMENT_TOKEN_TO_BE_REPLACED

Cary, NC – This week was much busier than last week with intergovernmental meetings and events.

Monday I contacted council members about any questions or concerns they may have had about Thursday’s upcoming agenda. The agenda was fairly straight forward so there were no questions. However, more than one council member expressed concerns about the number of apartment proposals we are getting. Later in the day I met with staff to go over the agenda. After the agenda meeting, I met with the town manager for my weekly one-on-one. We discussed several topics including the mall proposal and the potential community center that could go on the site.

END_OF_DOCUMENT_TOKEN_TO_BE_REPLACED

Cary, NC – This week was a slow week due to the holiday.

Monday was Veteran’s Day which included a program at the Veteran’s Memorial in Cary. Veterans and their families have given so much to protect our freedom and keep us safe. If you see a veteran, please thank them for their service.

END_OF_DOCUMENT_TOKEN_TO_BE_REPLACED

Cary, NC – This week was busy and included an event to start the holiday season.

Monday evening I recorded a podcast with the “Guys who do stuff” group. We had a great interview about how I became involved in government and the challenges we faced and are expecting to face. You can hear the entire interview at https://www.youtube.com/watch?v=EQv1cTbovZo.

END_OF_DOCUMENT_TOKEN_TO_BE_REPLACED

Cary, NC – This week was mostly ceremonial since several meetings were cancelled.

Monday I met with the First Lego League Robotics team about issues related to the environment. They created a plan and a model for Carpenter Park to include items like solar power, rain barrels for water, and trees to shade for play structures. It is so very encouraging to have youth at this age focusing on ideas that will make their community better. This type of engagement is what makes our community great. Thanks to the youth for visiting and sharing their ideas. They plan to meet with our Parks Director next.

END_OF_DOCUMENT_TOKEN_TO_BE_REPLACED

Cary, NC – This was the first week back after arthroscopic surgery and it was a busy one. Regarding the surgery, it went well and I am now in rehab mode.

Monday I attempted to contact council members about questions or concerns they may have had on the agenda for Thursday’s regularly scheduled agenda. Most of the comments were on the Davis Drive public hearing where council members expressed concern over lack of specificity. Later in the day I met with key staff members and the Mayor Pro-Tem to go over the agenda. At that time, we believed the meeting would be straight forward without many public comments. END_OF_DOCUMENT_TOKEN_TO_BE_REPLACED 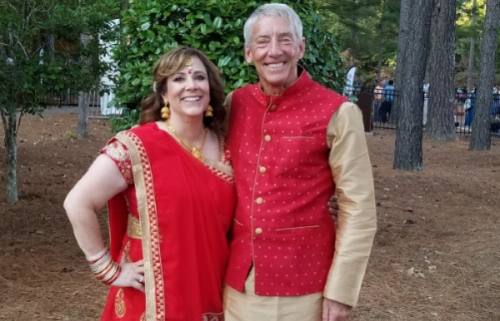 Cary, NC –This was a big week that included my reelection as mayor of Cary.

Monday I attempted to contact council members to hear of questions and concerns about Thursday’s upcoming agenda. Council members commented on the Weston hotel proposal and the public hearing on apartments off Petty Farm Road. Later in the day I went over the agenda items with staff and Mayor Pro-Tem Bush.

My last meeting on Monday was my one-on-one meeting with the town manager. We were joined by Mayor Pro-Tem Bush. We talked about the Weston hotel proposal, the Cary Town Center redevelopment proposal, an overall development report, and other items. Our meeting lasted about 45 minutes.

END_OF_DOCUMENT_TOKEN_TO_BE_REPLACED

Cary, NC – This week was busy like previous weeks.

Monday I provided welcoming remarks for the SAS Championships media day. In my remarks I talked about the tournament’s economic impact on the community and the opportunities it provided to our citizens to see the legends of golf.

Later Monday I joined the manager, chamber president, and a council member in the SAS Championships media day golf outing.

END_OF_DOCUMENT_TOKEN_TO_BE_REPLACED

Cary, NC – This was another busy week for me as is typical for this time of year.

Monday I attempted to contact all council members to hear of questions or concerns about Thursday’s agenda. Questions and concerns were centered around the hotel proposed in the Weston Office park.

Later in the day I met with staff to go over the agenda items. Most of the discussion was about what to put in the staff reports. That meeting lasted about fifteen minutes.

Next I joined Mayor Pro-Tem Bush in a one-on-one meeting with the Deputy Town Manager for a few updates.

Monday night I participated in a candidate’s forum held at Glenaire. It was put on by the League of Women Voters and moderated by Katherine Brown of WRAL. My opponent was a no show and Mr. Frantz and Mrs. Bush were unopposed, so we were seated together. The three District D candidates were on the other side. Questions alternated to each set of candidates. To watch this forum go to https://www.wral.com/cary-council-candidates-discuss-issues/18653655/. It lasted around two hours.