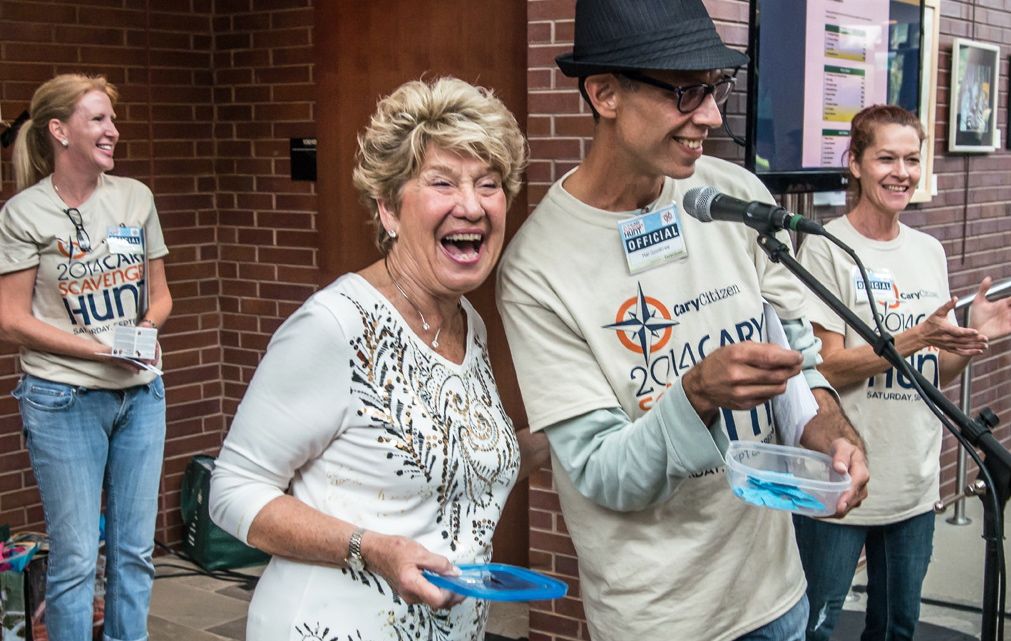 Cary, NC — CaryCitizen held the 5th annual Cary Scavenger Hunt Saturday September 13, 2014 and the rainy forecast did not dampen our spirits. An early call for a move to Town Hall made sure our booths and teams were dry for the afternoon festivities and awards. END_OF_DOCUMENT_TOKEN_TO_BE_REPLACED 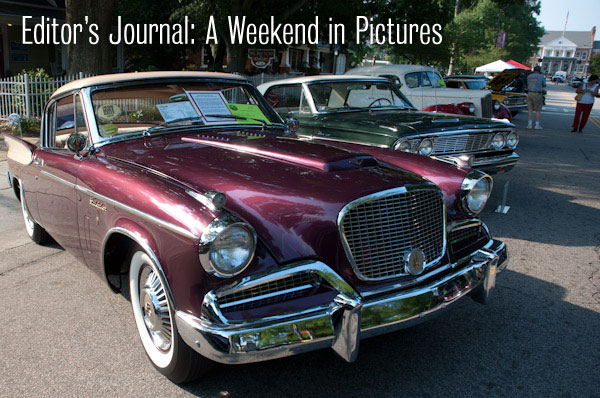 Cary, NC – This past weekend, I managed to get around to three interesting events in the greater Cary region: CenterStage on the front lawn of DPAC in Durham, Wheel on Academy in downtown Cary and Morrisville’s East Meets West festival.

Friday evening was perfect for CenterStage, a collaboration between WUNC’s Back Porch Music and the American Tobacco Historic District in Downtown Durham.

A large and enthusiastic crowd turned out for the first show of the summer. I ran into several friends from Cary and got to take a few shots from the rooftop of  Diamond View II, one large office buildings between DPAC and Durham Bulls Athletic Park.

Find out about more free CenterStage concerts this summer. 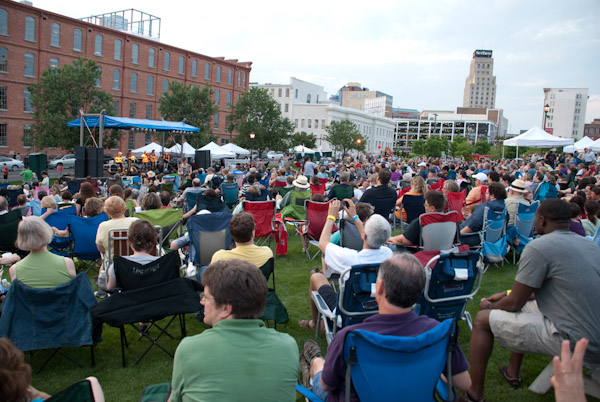 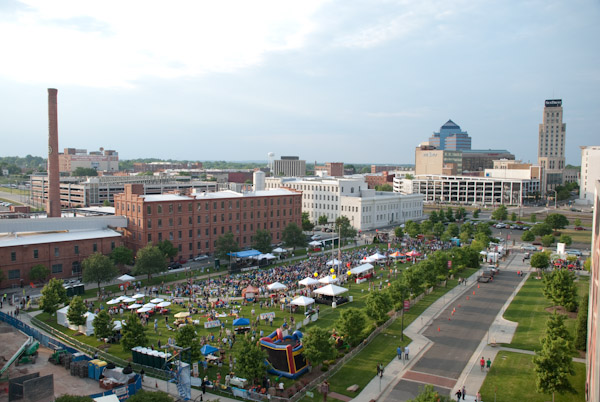 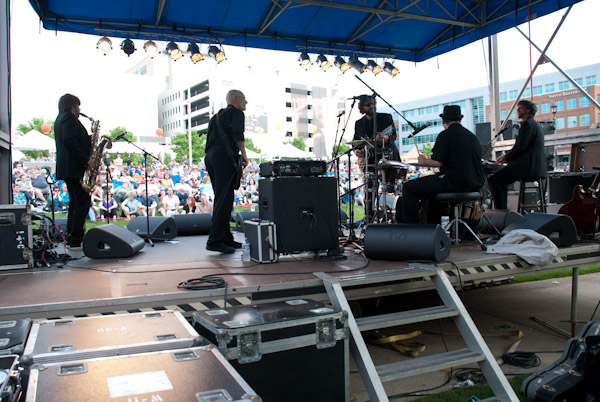 Saturday morning, I swung by Wheels on Academy in Downtown Cary.

Last year’s inaugural event was a little soggy, but Saturday morning was crisp and clear in downtown Cary. More than 100 cars participated.

My favorites were Barney Fife’s vintage Ford police cruiser, a beautiful plum-colored Studebaker, an immaculate California woody and a low slung hot rod Don Frantz identified for me as a class of cars called a “Rat Ride.” All the cars were gorgeous. 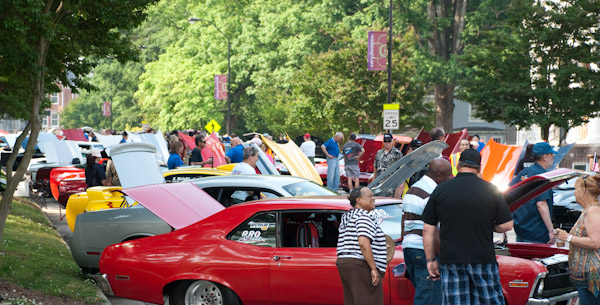 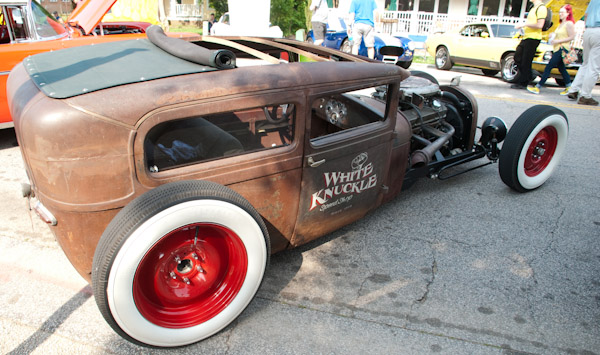 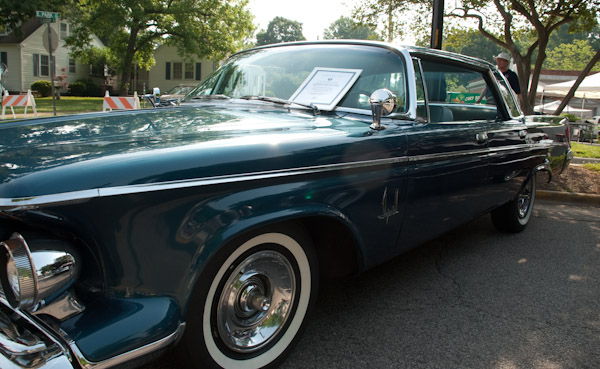 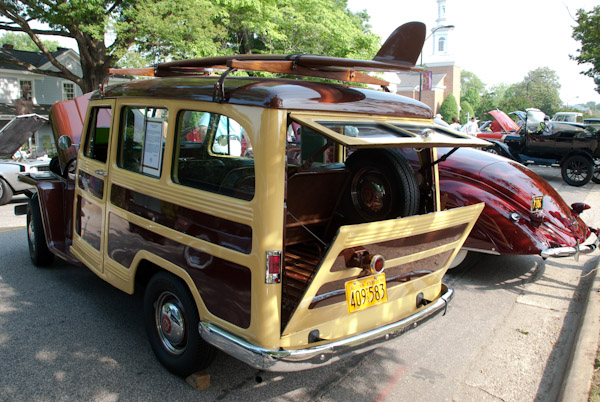 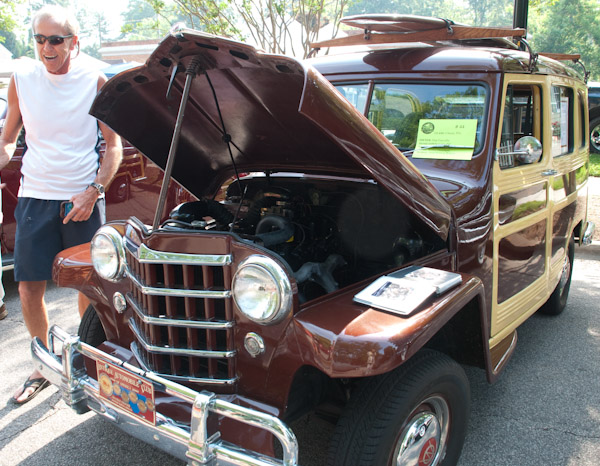 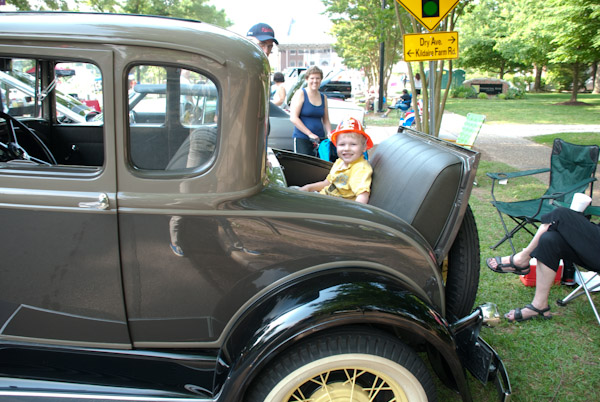 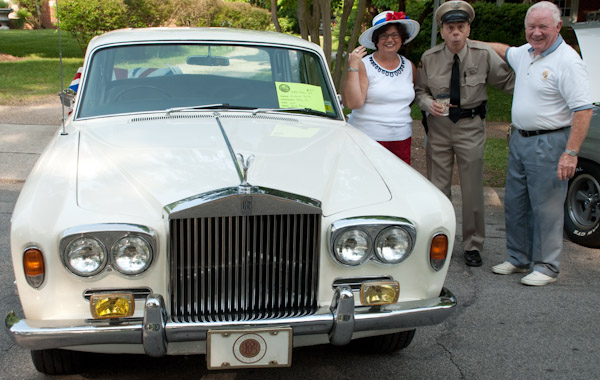 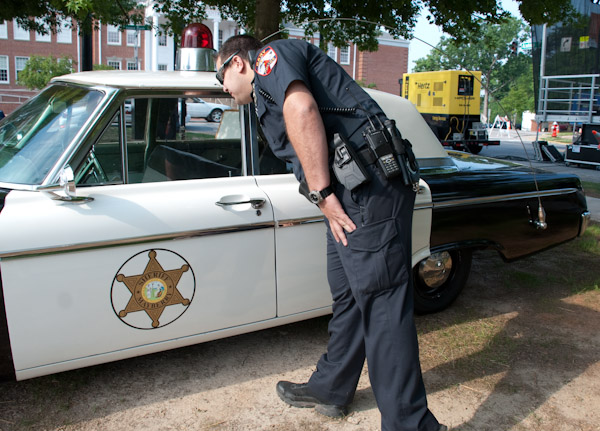 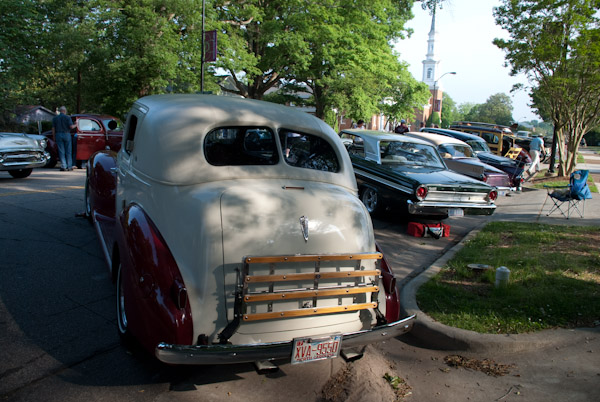 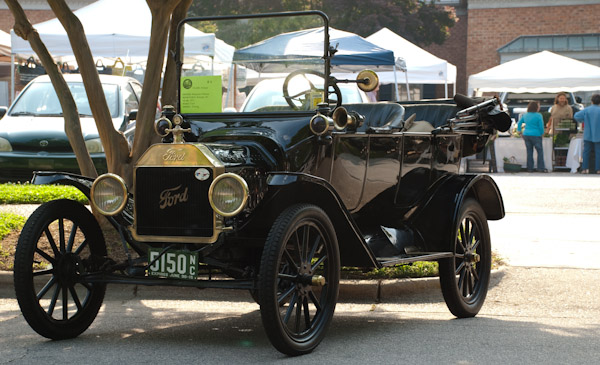 I was there to perform on the West stage with A Fifth of Blues, but I also had a chance to wander around a little. 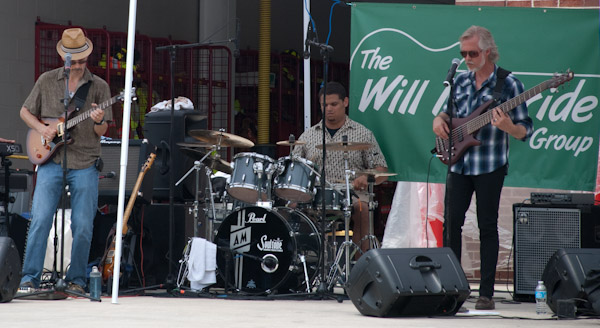 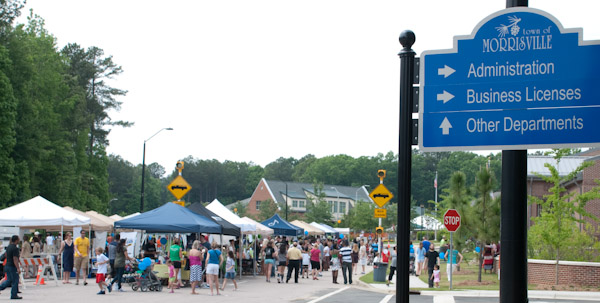 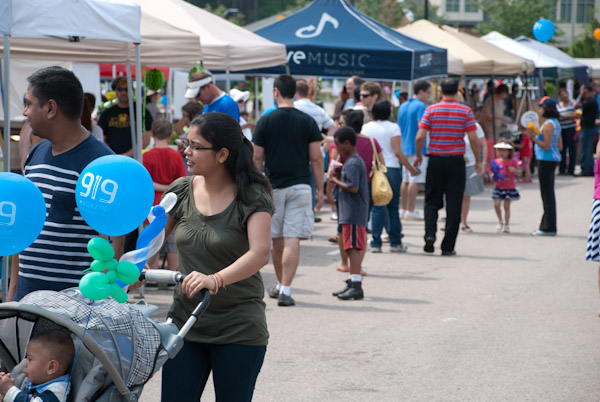 Thanks to Brooke Meyer for getting a shot of me in action with my bass guitar. 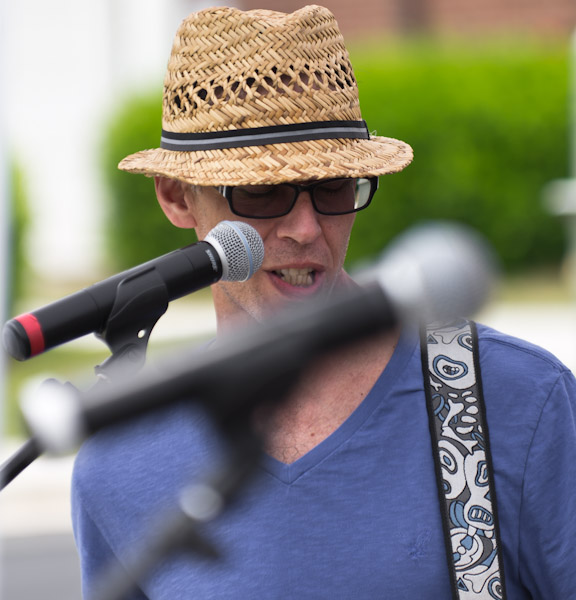 It was an exciting weekend all around. 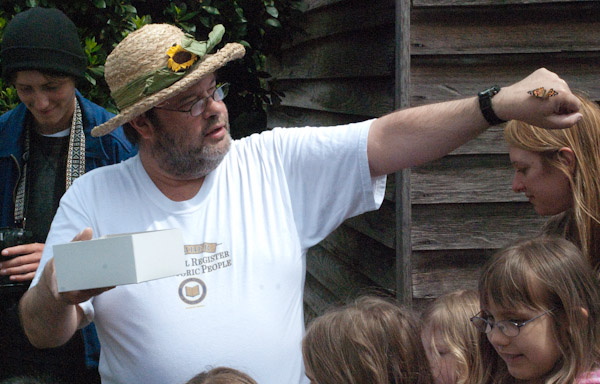 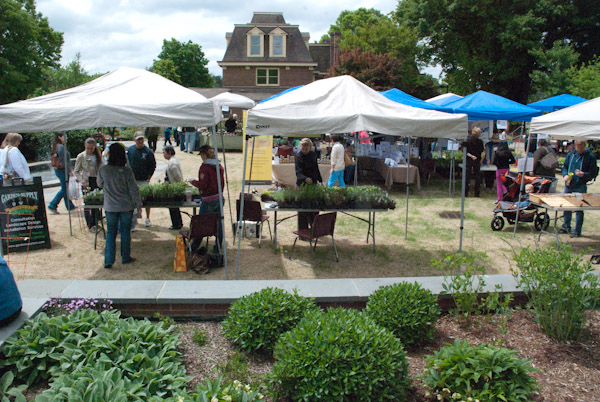 Cary, NC – The cool, damp weather that has settled on Cary this Spring continued for Herbfest 2013. But the chilly wind did not dampen spirits at Page-Walker for the most successful and interesting celebration of culinary gardening yet. END_OF_DOCUMENT_TOKEN_TO_BE_REPLACED 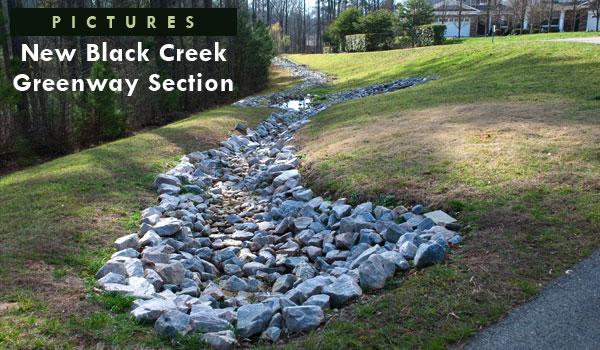 Cary, NC – A new segment of the Black Creek Greenway opened recently. It runs from the corner of Maynard and High House downhill to Castilia and on to Bond Park. END_OF_DOCUMENT_TOKEN_TO_BE_REPLACED 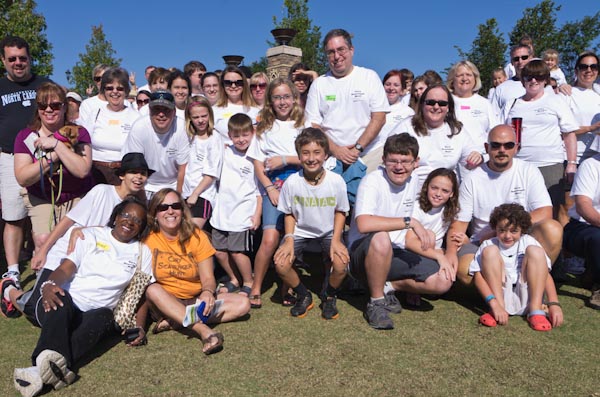 Cary, NC – It was an epic day for the third annual Cary Scavenger Hunt. Photographer Brooke Meyer was at Waverly Place for the start and the finish of the adventure on a sunny, perfect fall day in Cary. END_OF_DOCUMENT_TOKEN_TO_BE_REPLACED 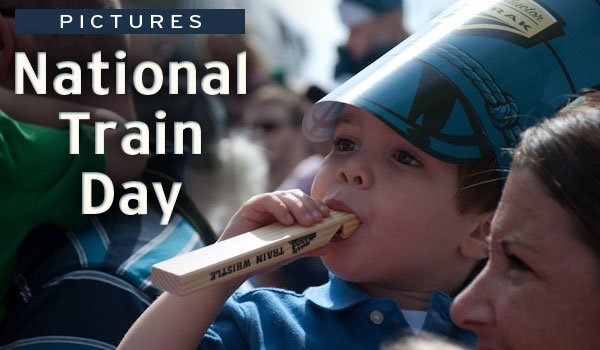 Cary, NC – National Train Day rolled into Cary on Saturday. The weather was perfect, the band played, flags snapped to attention and the enthusiastic crowd cheered as the big train pulled into Cary. END_OF_DOCUMENT_TOKEN_TO_BE_REPLACED