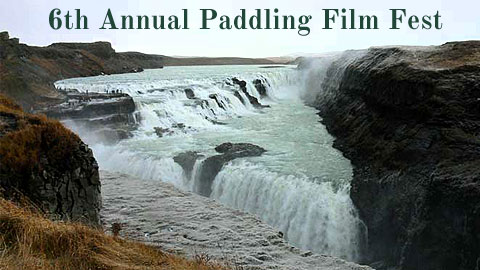 The Reel Paddling Film Festival is an international film tour presenting the world’s best whitewater, sea kayaking, canoeing, SUP and kayak fishing action and lifestyle films of the year on screens in 100 cities across the United States, Canada, United Kingdom and Europe.

Admission to the event in Cary is free.

Audiences can expect to see these great films: Awakening the Skeena, wherein Ali Howard swims the 610-kilometer Skeena taking a stand for her river and its future; In Halo Effect Steve Fisher seeks new whitewater runs in Iceland and Norway when in a blink of an eye something goes horribly wrong; Islands of Fire is a celebration of good food and good humor as Justine Curgenven’s sea kayaking film showcases the warm turquoise waters of Sicily’s volcanic Aeolian Islands; In Mammalian Frank Wolf is back, this time on a 2,000-kilometer Arctic canoe journey from Yellowknife to Rankin Inlet; Solo is the heartbreaking true story of Andrew McAuley who set out to be first person to kayak from Australia to New Zealand. His kayak was found 30 days later—one day away from completing his journey.

The Reel Paddling Film Festival World Tour is produced by Rapid Media and presented in Cary by RallyPoint Sport Grill on June 24th and 25th at 7:00 pm.