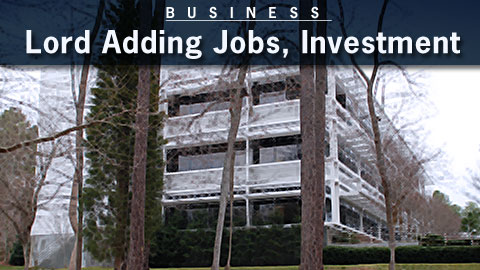 Cary, NC – Earlier this week, North Carolina Governor Bev Perdue announced that LORD Corporation, headquartered in Cary, would be expanding their footprint and adding jobs and investment in Wake County.

According to information from the Governor’s office, the company plans to create 117 jobs over five years beginning in 2012 and make a capital investment of $20 million in Wake County.  LORD plans to construct a new 51,000 square foot office facility to accommodate this expansion.

While individual wages for the 117 jobs will vary by job function, the overall average for the new jobs will be $81,487 a year, not including benefits. The Wake County average annual wage is $44,980.

The Governor’s press release also included the statement that “LORD commits to retaining the 329 jobs currently located in Wake County.” Earlier in the year, there had been speculation that Lord was considering a move or expansion outside the area.

Lord employs more than 300 people here and over 2,600 worldwide. They are a world leader in adhesives and coatings, vibration and motion control, and magnetically responsive technologies.

LORD products are in the cars we drive and in advanced aircraft like the tilt-rotor Osprey. This is great news for Cary, Wake County and the region.

Weekend Events: Music in the Air
Scroll to top