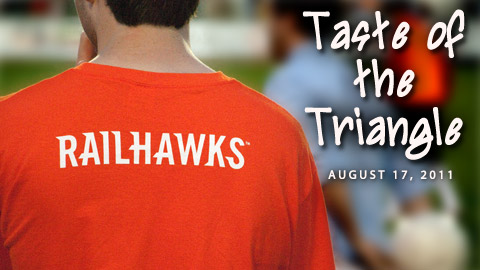 Cary, NC – Taste of the Triangle is set to return to Wake Med Soccer Park on Wednesday August 17, 2011.

Taste of the Triangle

Now in its third year, Taste of the Triangle brings together lots of local restaurants and breweries for a food extravaganza not to be equaled before a RailHawks game.

$10 gets you into the party. Select “Game & Party” under ticket options and pick your seating preference.

The food and partying starts at 5:30. The game (against Minnesota) begins at 7. Get tickets to Taste of the Triangle.

Business: A Southern Season is Sold
Scroll to top