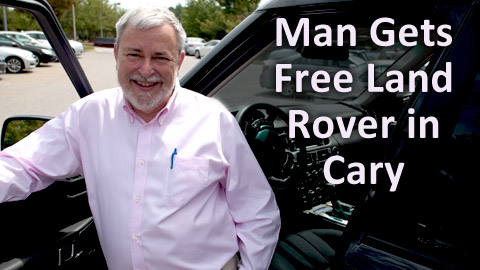 Cary, NC – The car was gleaming and black in Cary Autopark on Wednesday, crouched like a British bulldog, fairly rippling with power. The man next to the car, Bob Thomas, was smiling. And why not? He’d just won a Greg Norman edition Range Rover worth about $70,000.

The Miracle in Autopark

Mr. Thomas, of Wilson N.C., took delivery of his 2011 Land Rover in Cary Autopark. He had been randomly selected from 300,000 qualified applicants, according to Greg Norman Wines.

I asked Bob if he was going to keep the car. “Well, I was going to sell it,” he said, eyeing the luscious interior with a smile, “but maybe I’ll drive it for a while.” 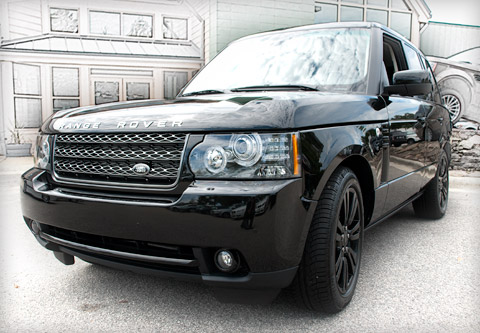 It turns out that Bob has won other stuff before. “I play contests,” he told me when we met, “about 15 minutes every day.”

“I won trip for 4 to Space Camp in Huntsville, AL last year. I took my 9 year old grandson and his parents. I let them have the Space Camp experience & I just hung around and enjoyed Huntsville.”

And now, the Range Rover.

“The Range Rover is indeed a dream ride. Comfortable & luxurious,” Bob wrote to me via email.

Who’s That in the Black Range Rover?

So if you see a bad-to-the-bone black Rover gliding down Route 64, tinted windows, big wheels and a guy who looks likes grandpa behind the wheel, it’s Bob. Wave hi.

Thanks to Marty Stapleton of Cary Land Rover and Joe Townsend of Treasury Wine Estates for letting us in on the story. 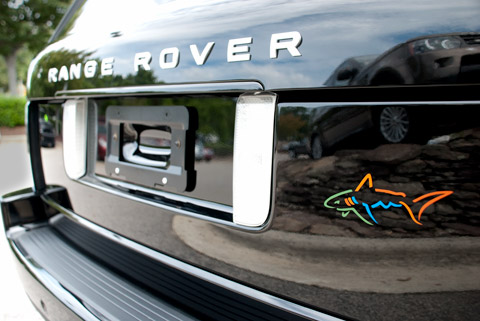