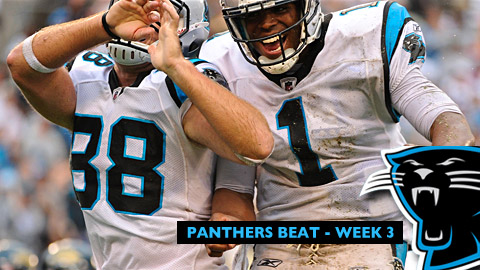 Cary, NC – It was just another week of surprises in the NFL. What do they say? “…on any given Sunday…”?

Most importantly, the Panthers posted a “W” with a sloppy 16-10 victory over the Jacksonville Jaguars.

One of my pals showed up a little earlier than usual prior to game time. I think he was startled when he snuck up on me in my “play room” only to see me vacuuming the carpet wearing an inside out and backwards NFL hat (a “rally cap”) loudly humming the NFL CBS theme song from the 70’s  at the top of my lungs. Awkward.

Yeah that’s one of my game day rituals. Truth be told, there are others I’m more ashamed of that will never see the light of day.

Slingin’ in The Rain?

Nope, not this week.

The field was… remember Slip’N Slides?

I haven’t seen turf this messy and wet since belly flopping on my S ‘N S in my backyard in grade school. Fans were literally bailing water out of the stands with beer cups. 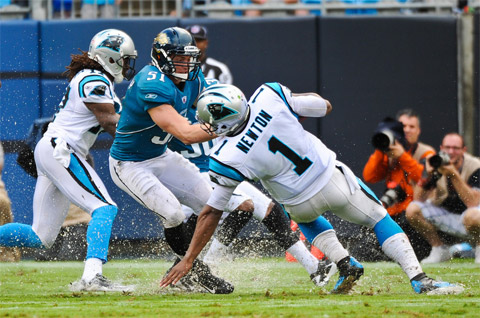 The Cats drew first blood with rookie Jags QB Blaine Gabbert getting sacked in the end zone by DE Greg Hardy. Hardy – you may remember – this past summer was nearly killed in Tennessee as he slid on his motorcycle into an 18-wheeler. 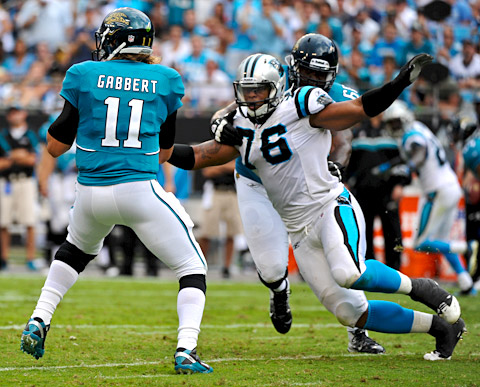 Newton’s numbers were not obscene like they’ve been in his first two games, with a modest 158 yards and a completion percentage of under 50%.

But indeed, Newton got it done by throwing the game-winning touchdown to put the Panthers ahead with little more than four minutes left in the 4th. The final score was a 16-yard TD pass to TE Greg Olsen. Olsen came to the Panthers from the Bears this off-season. 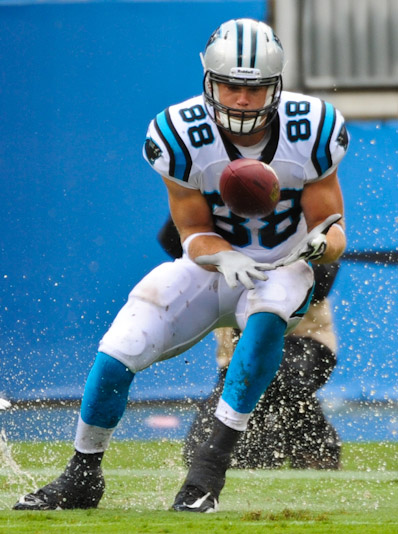 To be successful this year, they’ll need to keep up the defensive play, and step up the running game some more (107 yards).

But to be sure – a Sunday of firsts. 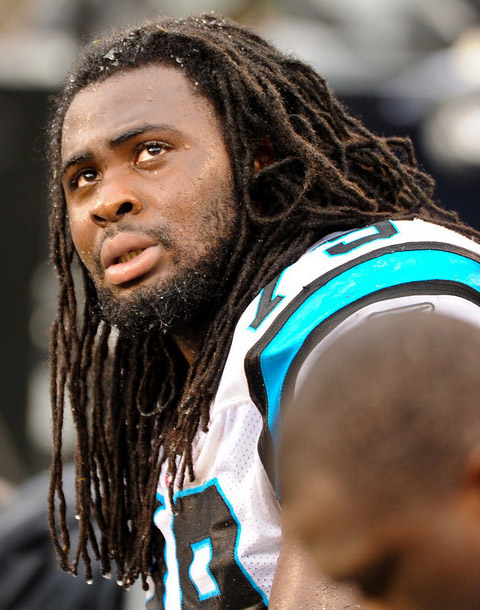