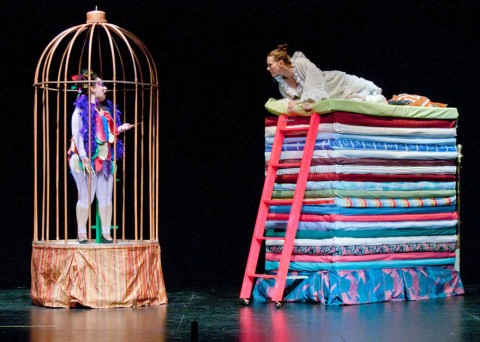 Review by Lindsey Chester. Photo above courtesy of the Cary Players. All other photos by  Casey Toth.

Cary, NC- The Cary Players have outdone themselves with “Once Upon A Mattress”, their first production as residents of the new Cary Arts Center.

The play takes the familiar fairy tale of “The Princess and the Pea”, sets it to music and adds in many side stories to keep the plot twisting along. Director Nancy Rich has done a superb job casting players whose voices soar in the new theater space. Kudos also to Musical Director Coty Cockrell.

The costumes, designed by David Serxner, really stand out. The large cast includes a chorus of courtiers in gowns and pantaloons, and right from the start wow with the song “We Have an Opening For a Princess”. The show is a delight for the eyes and ears. 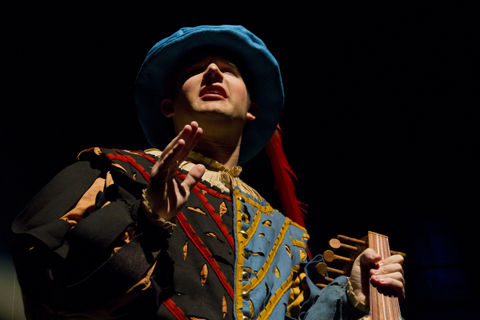 The story is narrated by The Minstrel, played by Jay Dolan. His costume is delightful but his voice is what sets him apart. With his help we learn that in order for any eligible lady to marry in the kingdom, Prince Dauntless must first find his bride. But for him to do that, all prospective princesses must pass impossible tests posed by his mother Queen Agravain. 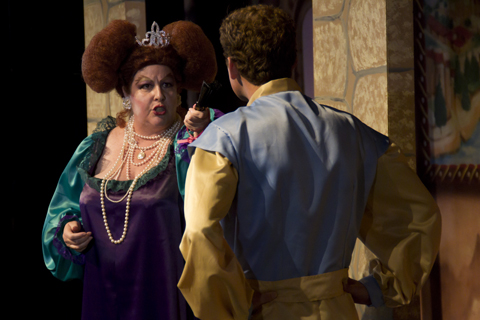 Agravain, is especially snarky as portrayed by Alison Lawrence. She has the whole palace doing her bidding and makes life truly miserable for her unwed son, Prince Dauntless.

A side story involves Lady Larkin and her beau Sir Harry. They “must marry” and are over eager for the Prince to find his true love. 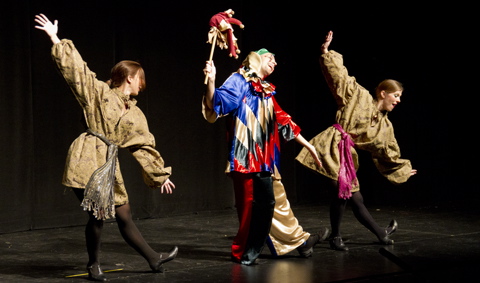 Comic relief is provided by Jaret Preston, as the Jester and Del Flack as the mute King Sextimus. One of my favorite songs is sung and pantomimed by the Minstrel the Jester, and the King. 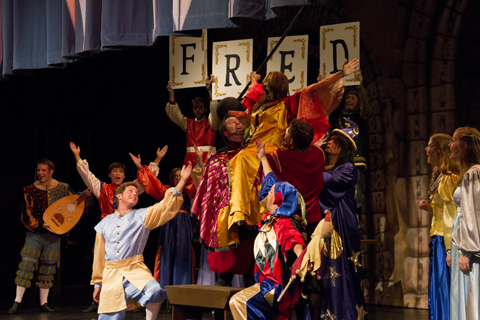 The real star of the show though, is Princess Winnifred, played to hilarious effect by Kelsey Tucker. There’s a bit of Ethel Merman in her ability to belt out a song while swimming in a moat, or atop the shoulders of her admirers.

The Cary Players have outdone themselves with this first full scale production of theirs as residents of the new Cary Arts Center facility. Seeing this production, will make believers out of anyone who thought Cary did not need a full scale theater.

Once Upon a Mattress makes full use of all that the new center has to offer. A four piece band sits up front, several scrims are flying up and down from the fly tower, a sound board set up in back, elaborate lighting, and a cast of over 20 with a range of talent Make this the most professional, non-professional show, I have ever seen in Cary.

I will look forward to more quality work from this troupe for years to come.

Note: The October 6th Performance is Audio Described by Arts Access
All shows at the Cary Arts Center.

Truly a Miracle! The Miracle League of the Triangle