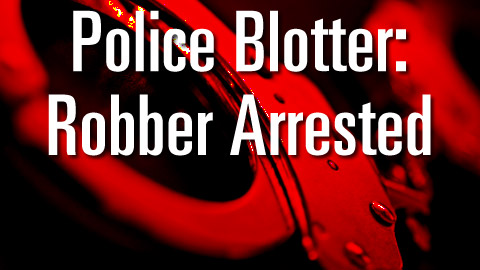 Cary, NC – This is our favorite kind of crime story. We get to bring out the picture of the handcuffs.

On Wednesday, a man attempted a brazen midday robbery from an occupied car at the BB&T Bank on Maynard. On Friday, the Cary Police had a suspect in custody.

From the Town of Cary:

Thanks to a citizen’s tip, the Town of Cary Police Department has charged a Cary citizen believed to have committed attempted robbery.

Jeremiah Calvin Osterhoudt, 35, of River Walk Circle, Cary, was arrested for Attempted Common Law Robbery. He is being held at the Wake county Public Safety Center and faces up to 36 months in prison if convicted.

Shortly after noon Wednesday, Town of Cary Police responded to BB&T Bank, 848 SE Maynard Road, where Osterhoudt entered an occupied vehicle and demanded money; unsuccessful, he fled the scene by foot. Due to its proximity to the crime and to allow investigators to properly search the area, Cary High School was put on temporary lockdown for about one hour.