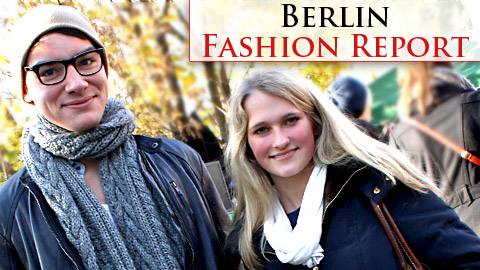 During the summer, Brennin Cummings from Ithaca College interned as a correspondent with CaryCitizen. Now, she’s on a study-abroad year in Berlin and has sent us this fashion report from the cosmopolitan capital of Germany. Story and photos by Brennin Cummings.

When I decided to study abroad, there was only one choice of where to go- Germany. I’ve been taking German since 9th grade and have been there twice- once for a month with a host family when I was 16. When it came time to choose which city to study in, well, there was less of an obvious choice. Germany has so many awesome cities- Munich, Cologne, Hamburg, but nothing compares to Berlin. Berlin is the biggest city in Germany and it’s absolutely beautiful, but not in the way that makes tourists flock to Paris and Rome. It’s a grittier beautiful, one with steel and mismatched buildings indicative of a city still recovering from being torn apart by the Berlin Wall. It’s a city full of history, much of it incredibly tragic, but full of positive people ready to learn from the past and move on, rebuilding their city and country for a bright and new future.

It’s this attitude that shapes the fashion of Berlin. Much like their city, it’s a little gritty and mismatched, but it’s this darker, offbeat appearance that makes them look authentically cool. 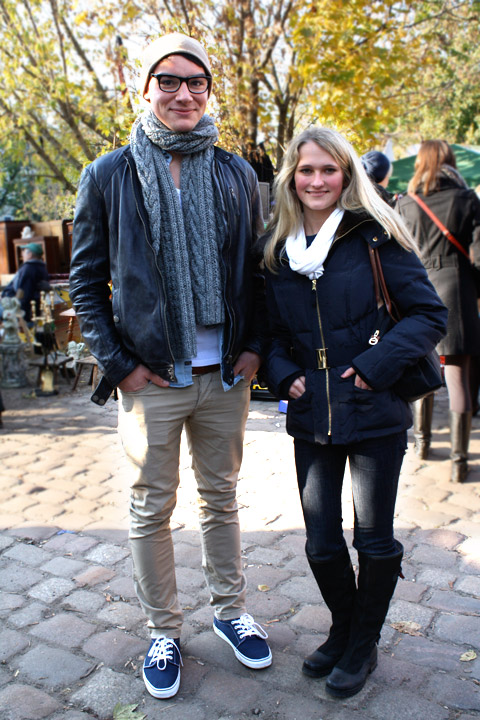 It was a bit of a shock going from the nightlife in Raleigh to the night (morning) life of Berlin. For one thing, you will NOT see girls in sky high pumps with preppy pastel Lilly Pulitzer dresses, their hair perfectly coiffed with a classic strand of pearls around their neck, ready to drink vodka tonics at a bar until 2am at the latest. No, these girls dress for SURVIVAL. 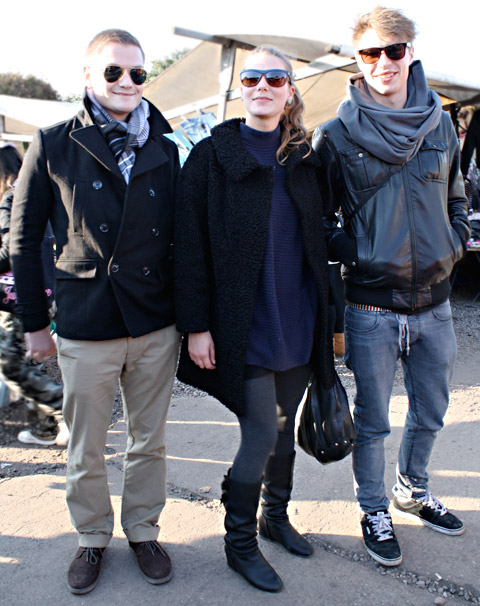 The Virtue of Boots

Boots are an absolute necessity. Durable boots. Something tough and lace up with a thick rubber soul that allows them to dance from 3am (at the earliest) to noon in some dark, exclusive, hipster techno club and to walk the unforgiving cobblestone sidewalks of Berlin. No heel. If there is a heel, it must be thick and sturdy. 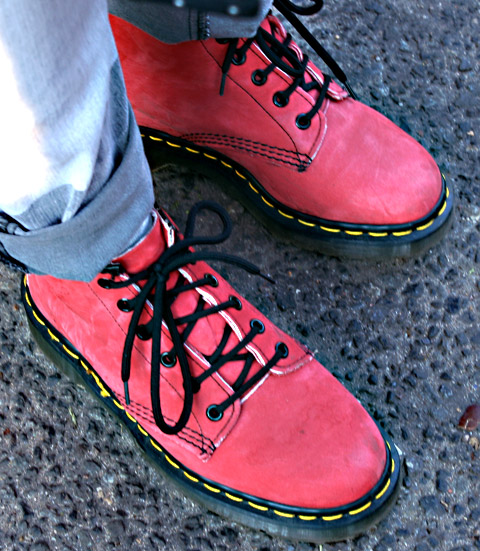 I saw this girl’s boots halfway across the flea market and ran after her. She didn’t understand my German at first (She was Swedish!), but ended up being totally nice and chatting with me for five minutes. Her Doc Martens weren’t black, like the typical Berliner’s, but I LOVE the contrast of an über girly color with a rugged work boot.

And when I think of a stereotypically cool person, I think of them wearing lots of black, which is all the people of Berlin wear. Black. Sometimes ENTIRELY black. If you’re lucky, you may get some muted colors or even some grey (WOAH, let’s not get too crazy). Maybe they’re attempting to blend in with the endless Berlin nights and the hodgepodged mixture of metal that make up the subway stations? I don’t know, I totally tried to think of a deep reason, but the point is that black is the uniform of cool Berliners, and don’t think that a uniform of all black makes for a boring outfit. The black allows them to mix textures- sheer shirts, leather leggings, wool capes (not joking, they’re fabulous and I want one) and ripped tights. THIS is where I can put my “hodgepodged mixture of metal” analogy. 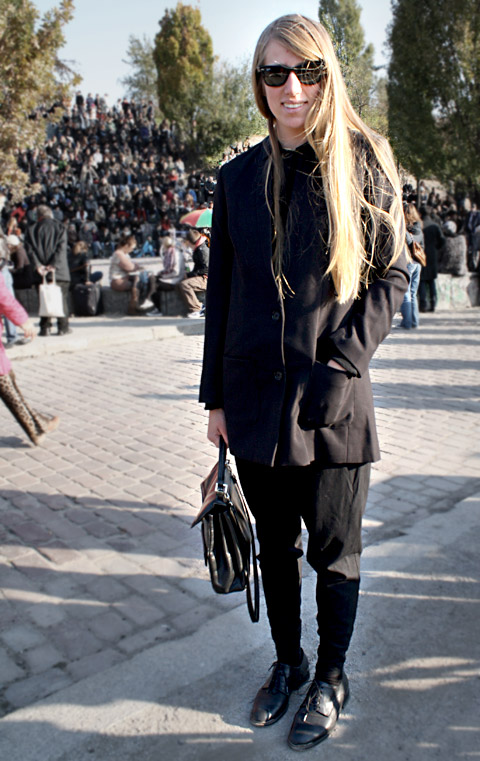 This girl was so flattered when I told her I loved her outfit. She’s got the sort of goth menswear look that I’ve been seeing around Berlin DOWN. Oxford shoes, oversized blazer with somewhat of  a preacher’s collar, briefcase, and Ray Bans, all in black of course.

The Importance of Scarves

Scarves are universally popular; it’d be kind of obvious and a given to be all like, “SCARVES ARE IN FOR FALL!” What’s interesting about the Berlin take on scarves is the sheer size. They’re huge, the bigger the better, really. One of these days I’m going to see a girl wearing a full size afghan blanket around her neck and I’m totally going to dig it. Once again, muted colors and patterns are popular- burnt orange or maroon or an Indian pattern sewn in gold thread . This girl is exemplifying it pretty perfectly. Scarf could be bigger though. (Kidding. Kind of.) 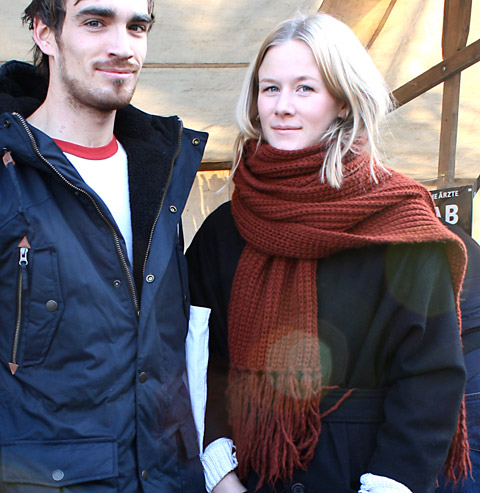 This girl was suspicious of my motives and only allowed her picture to be taken with her boyfriend. But look at that scarf! Textbook Berlin.

And that’s the uniform of the hip Berliner. I kind of focused on the ladies, but honestly? The guys abide by these rules too; the outfits are pretty androgynous in the best/coolest way possible. I know I need a pair of Doc Martens STAT. And a wool cape. (They’re awesome, I swear!) This time I played it safe to show the standard outfit of a typical Berliner, but I promise next time I’ll venture out and capture the even edgier dressed people of Berlin. Maybe even some more color? Maybe. Don’t hold your breath.