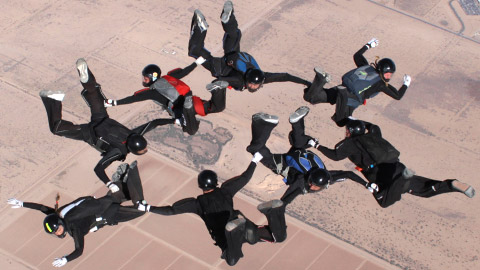 Wobker was one of more than 500 of the country’s finest, fastest, most fearless skydivers competing at the national championships, pushing their aerial skills to the limit and competing for the title of national champion in six spectacular skydiving disciplines: Formation Skydiving, Wobker’s high-flying specialty, Freeflying, Freestyle, Canopy Formation, Freefall Style & Accuracy Landing, and Vertical Formation Skydiving.

In 8-way formation skydiving, the team leaps from an aircraft more than two miles above the ground and then races against the clock to form prescribed geometric formations in freefall before opening their parachutes.

Wobker and his gold-medal team, SPX8, perfected their gravity-defying skills against 15 other teams from across the country. Wobker jumps locally at Triangle Skydiving Center in Louisburg. He has made an astounding 2,500 skydives. When he’s not jumping out of perfectly good airplanes, he works as an engineer for Cisco Systems. 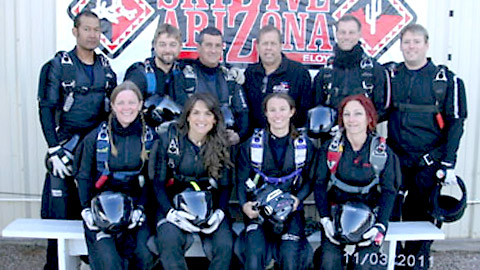 Inside the Eye: Canes Grounded Again
Scroll to top