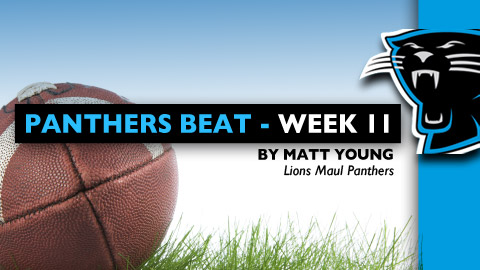 Cary-lina, NC – My son-in-law is a long-suffering Clemson fan (what fan isn’t “long-suffering”?). It’s birthday time for him and the Tigers were playing the Wolfpack. So we packed up a van with a grill, various pork products, salty snacks, cold beverages from Milwaukee and a handful of grown boys. We headed to the outskirts of Cary (is that really Raleigh?) at a ridiculously early hour for a game starting at 3:30 pm to “tailgate”.

The game was a joy for the NC State Wolfpack and a disaster for the 7th ranked Clemson team from South Carolina as NC State annihilated Clemson 37-13.

State needed this game for sure to have any chance of postseason play, and it didn’t mean much to Clemson, and it showed.

Until 5 minutes after the opening whistle it looked like a sparse crowd, but the stands eventually filled up. State put on a great performance and Clemson continued its sloppy play from the past few games. We were wearing orange and purple and were not harassed at all, until we headed to our car after the game – by three drunken spastic wanna-be-athletes-that-think-they-actually-are wolves as evidenced by their howling in our ears.

All in all a great Saturday. For those of you that have never lived anywhere else you can’t imagine what a great place this area is for family spectator sports, be they pro or college.

On to the pros…

The Panthers would need to stop the Lions passing attack and get their own aerial game back after getting a whoopin’ from the Titans last week. They did both of these things in the first 30 minutes nearly flawlessly.

The Panthers still lost 35-49. The game was a lot closer than the score would indicate with the Panthers crumbling in the second half.

The last time these two teams played 3 years ago, the Panthers (2-7) dominated the hapless Lions. This years’ Lions (6-3) team is for real, though. In fact, I’ll say something I never thought I’d say. This may be a preview of an NFC Championship one day. One day soon.

The Panthers defense was terrific in the first half.

Carolina had a nifty drive at the end of the first quarter punctuated by a pass to Steve Smith to get to the red zone. The drive ended with a Panthers field goal.

Later in the first, the Panthers took advantage of the third turnover by the Lions.  Newton made a nice fake to the left and then tossed the ball to the right in a screen to Jonathan Stewart bringing the Panthers to the 15. Newton then threw a rope to Smith for a TD and our Cats led 10-0.

Detroit fans were booing the Lions early in the first half shortly following 101 yard kickoff return to the house by Kealoha Pilares.

Deangelo Williams had a great run for Carolina to the 10 yard line at 9:42 of the second quarter. Newton called his own number on the next play for his 8th rushing touchdown of 2011. The Panthers led 24-7.

Toward the end of the first half, the Lions literally sent 11 men on a blitz leading to a big Panthers offensive pickup that led to 3 more as the time expired in the first half. The Panthers were up on the Lions 27-14.

The Panthers defense looked tired in the second half as Lions running back Kevin Smith pounded the Panthers. The score was 35-27 Lions before you knew it.

Cam Newton then threw a pass to Williams for a big gain and Newton topped it off for a 9th rushing TD on the year with 5 minutes left. The Panthers tied it by going for 2 successfully with a pass to Smith. 35-35.

The Lions quickly answered with a TD at 2:32 of the final quarter. The game ended on a Newton tipped pass that led to another quick Lions score.

Newton was 22 of 38 for 280 yards but threw 4 interceptions in the barn burner. Matthew Stafford threw for a gaudy five touchdowns.

Inside the Eye: Leafs Fall to Canes