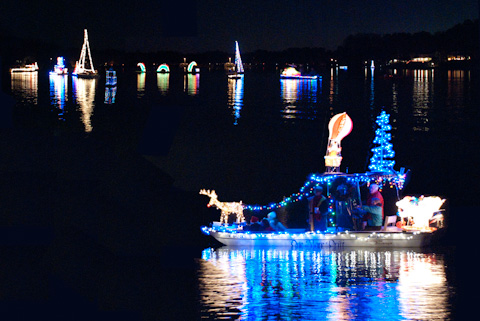 Cary, NC – Last month, I wrote about taking pictures during “Magic Hour” – the time just after sunset when everything looks golden and lovely.

The Lochmere Christmas Flotilla this past weekend presented the challenge of photographing at night, when it was truly dark.

Herewith, a few tips and tricks for photographing at night.

A kind invitation from Harold and Gerry Ritter gave me the opportunity to shoot the festivities from their dock on Lake Lochmere.

I’d classify this first shot as “magic hour” – it was dark enough to even see a small planet in the sky.

I used a tripod throughout the evening to steady the shot. 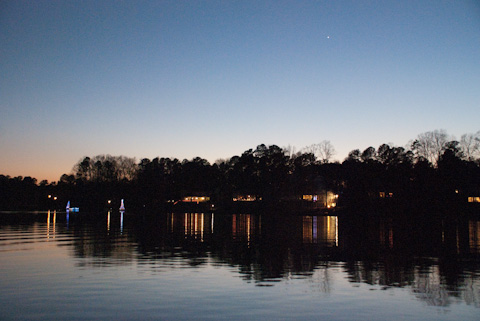 Around the lake, folks started to prepare for the flotilla. Seen below is a float dubbed “The Lochmere Monster.” 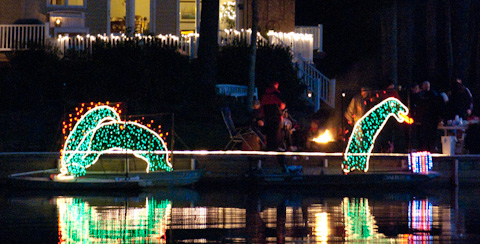 Many of the boats sailed up to the Ritter’s dock to say hello to the former Cary Mayor. 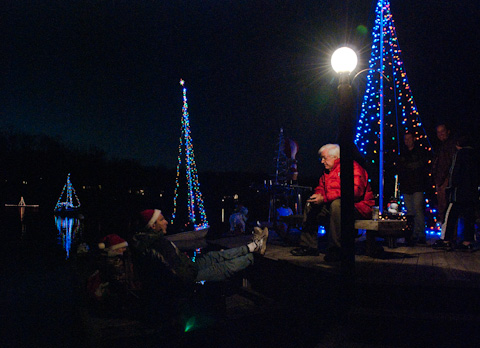 In the minutes before 6 o’clock, boats arranged themselves on the lake for the flotilla.

At 6:00 PM sharp, Harold set sail. You can see him in his red jacket in the boat on the right. 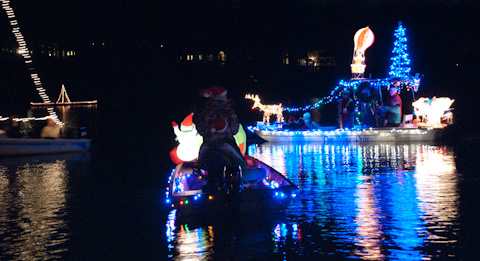 As the boats got into position, the Lochmere Monster cruised past, too fast for my slow nighttime shutter speed. But it made for a cool picture that accentuates the motion. 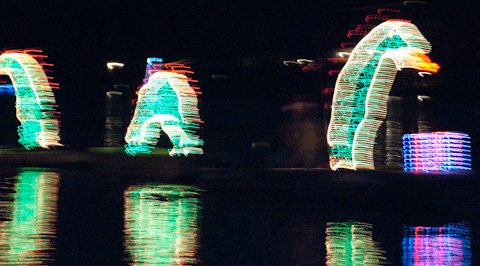 Going into this assignment, I sort of knew it would probably be impossible to get the “perfect shot.” What I visualized was one boat in the foreground and all the rest across the horizon in the background.

To achieve what I wanted, I used Photoshop to make a composite shot. That is, I combined six or seven different photographs into one image.

I started by making a background – black water and midnight blue sky. Then I created a line of boats and the shoreline in the background. Finally, I dropped Harold’s boat into the foreground. You can see most of the pieces and parts up above.

Some photographic purists might look askance at compositing. But it’s not about some imaginary purity of technique – it’s about making an image that tells a story. Anyway, that’s my philosophy.