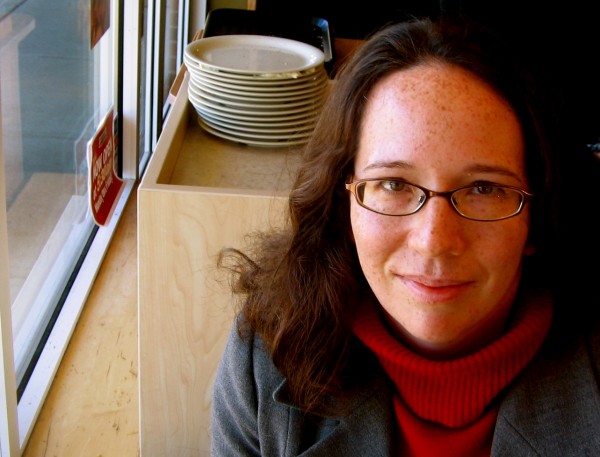 Story and photo by Lindsey Chester
Cary, NC – Cary is rich in the performing arts with many theater, dance and musical productions. But did you know we also have a group that writes original works? They are called Cary Playwrights’ Forum and I spoke with one of the group’s founders, Lydia Sbityakov.

The group started in 2007 after a Cary Players’ sponsored a play writing workshop. When an audition failed to land Lydia a role, she started asking around about interest in a play writing group, as there were none close by. She mentioned this to Laurel Wetsork, whose background included teaching screenwriting in California, and Linda Depo. Together the three formed the Cary Playwrights’ Forum. For the first few years the group was sponsored by the Cary Players, but in 2011 became its own independent group, seeking to file as a 501 (c)3 this year.

Each month they gather to read any new works that folks wish to share. Works are read aloud and members offer critiques. Meetings are held monthly on the 3rd Wednesday, in the Cary Arts Center’s conference room.

If you are writing a play, you are welcome to attend. Be prepared for some friendly criticism. There are no costs associated with becoming a member. The group is always on the lookout for actors and directors to help perform the public staged readings, held twice a year in January and June. Lydia explained that “seeing how a play transforms itself when its performed…and taking that sheet of paper onto the stage in front of an audience” are great benefits to the members. Many have never had works performed before, as they all have day jobs and write as a hobby or aspiration.

In fact, the staged reading coming up at the end of January gives several members their first turn at seeing their works performed for an audience. A staged reading is a little different from a full production. This show will take place in the Marcus Dry Room at the Arts Center, without sets. Seasoned actors have auditioned for the roles and have rehearsed to perform each of six short plays. Each one is a complete work, not an excerpt from a larger piece.

Lydia mentioned that for their June show, they will move the performance to the auditorium in the Cary Arts Center. The plan is to have this be a ticketed event. A firm date is not yet set, but the group is currently accepting submissions to be performed. Deadline for submissions is March 1. Submissions must be 5-20 minutes in length and written in standard play format. Here’s the link for more info about how to submit your work.

Not only are writers looking for a place to get help with their craft, but Lydia explains area theater groups are beginning to seek them out for their original works. Lydia stated the groups goal is not to become another area theater group. This organizations’ emphasis is on writing.

The Winter Festival of Short Plays by Cary Playwrights’ Forum will run later this month.  Each play is about 10 minutes long with no intermission. Writer Phil Lewis also directs a work, and director Thom Haynes performs a reading. In this group, members literally perform many roles.

This is not a ticketed event, a $10 donation is suggested.

Downtown Cary This Week: Shivar at HoCA on Thursday

Tony Menendez: Cary’s 2011 Employee of the Year
Scroll to top