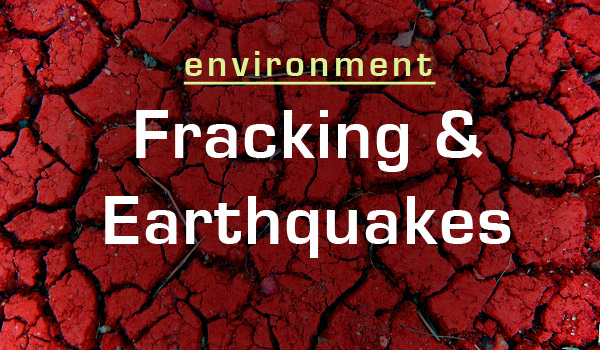 Cary, NC – Forget about water pollution. How about earthquakes? Business-friendly Ohio is moving to stop the use of fracking wastewater disposal wells, suspected of causing eleven earthquakes in the state, including a magnitude 4.0 quake last weekend.

Fracking produces a lot of very briny wastewater, sometimes laced with toxic chemicals or radioactivity from underground. What to do with the waste?

Pennsylvania, a hotbed of fracking, has had concerns about above-ground facilities to treat wastewater from fracking. So resource extractors have been shipping their waste to Ohio.

Special deep wells are drilled and the wastewater injected under high pressure.

The problem: wastewater injection wells may causes earthquakes –  11 of them in the recent past near Youngstown, Ohio, an area not known for tremblors.

On Saturday, Youngsville and the Mahoning Valley were hit with a magnitude 4.0 quake.

Governor John Kasich, a fiery proponent of the free market, shut down the waste disposal site and others nearby.

No to Disposal Wells

As the NC General Assembly, counties and municipalities look at the opportunities and costs of fracking, they should consider a ban on disposal wells.

Fracking is coming. It has the potential to unlock vast energy resources in the United States. North Dakota is set to produce more energy this year than Prudhoe Bay, Alaska. Ten of thousands could be employed and our foreign balance of payments headed back in the right direction.

The Deep River Basin running from Durham to Sanford, through western Cary and under Jordan Lake, is an area of intense interest. Cities, counties and the state need to come to uniform, progressive poilicies that promote business while protect the population.

Because, as alluring as a new cheap energy source may be, it may not be worth the price of earthquakes in the Triangle.

Editor’s Note: Creedmoor has recently adopted an ordinance against fracking within the city and ETJ.