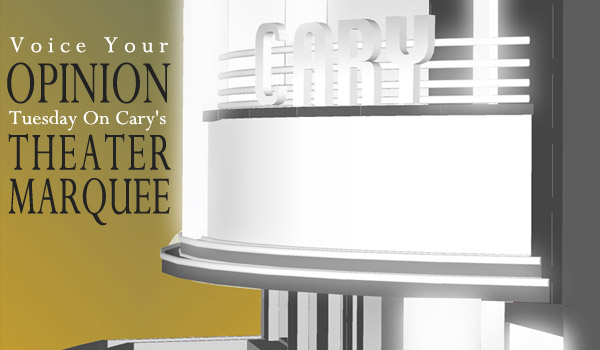 Cary, NC- If you are eager to share ideas about Cary’s Downtown Theater, mark your calendar for Tuesday, January 31st. The Town of Cary is hosting another Public Input meeting, this time in Council Chambers at Town Hall, 316 N. Academy Street, at 6pm.

The last meeting about Downtown plans (story) was so well attended, a second session was added to that evening. This time around, planners have decided a change to a larger venue will allow all who are interested to find a seat.

The focus at this meeting will center around future plans for the recently purchased theater, to be called “The Cary”. Lots of discussion is swirling around the planned marquee that may include LED or neon lighting. 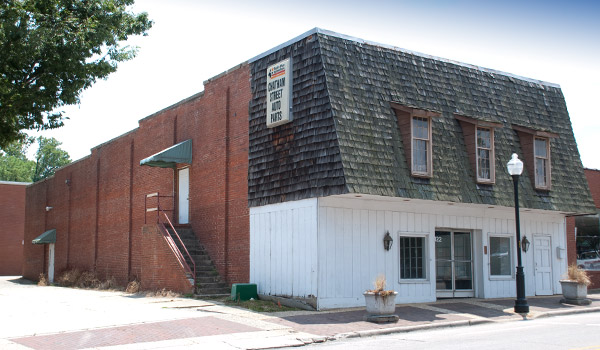 Building downtown being repurposed as "The Cary." File photo by Hal Goodtree.

3 Options on the Table

There were three plans reviewed at a January 19 work session by the Cary Town Council:

The Town Council decided to move forward with option #3. Following input from the public meeting, staff will work with consultants on the selected forms and then make final design recommendations for materials and color to Town Council, who will consider a measure to adopt the plan at a later meeting.

If you have an opinion, plan to attend Tuesday night. 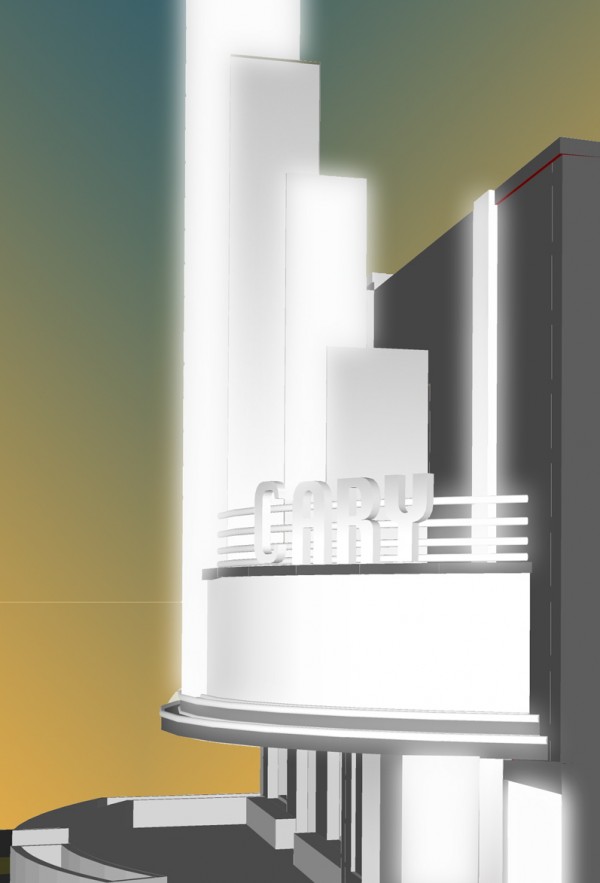 Artist's rendering of The Cary.

Lindsey Chester, Associate Publisher of CaryCitizen, is a member of the Town’s Parks, Recreation and Cultural Resources Advisory Board.