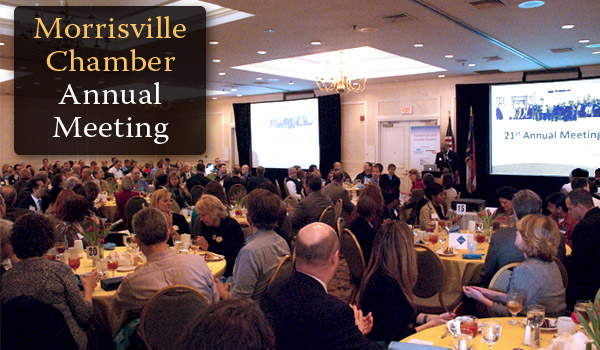 Morrisville, NC – Carlotta Ungaro, the President of the Morrisville Chamber of Commerce, asked me to take pictures of the group’s annual meeting. “Sure,” I said, expecting 40 or 50 people and rubber chicken. Boy, was I wrong.

The 2012 Annual Meeting of the Morrisville Chamber took place last Friday at the Hilton Hotel on Page Road.

Surprise Number 1 for me was the turnout. The ballroom was packed with about 250 well-heeled guests. It looked like every seat was taken.

A bagpipe group entertained the crowd and the Morrisville Fire Department presented the colors.

After a few opening remarks, we chowed down on a fine meal of tossed baby greens, baked salmon and layer cake.

After lunch, Roy Watson, Chairman of the Chamber, introduced the presentation of awards in three categories: 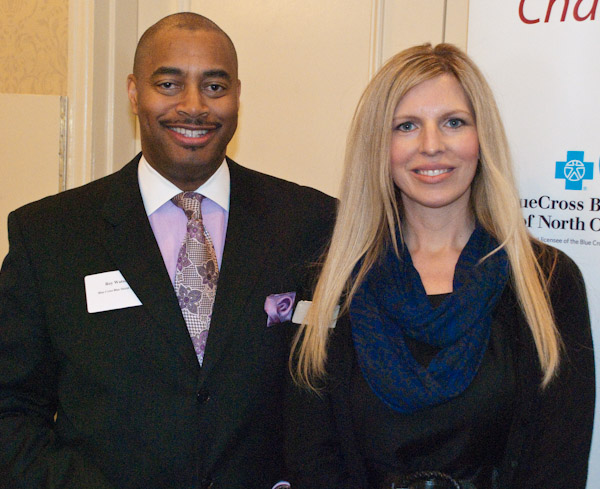 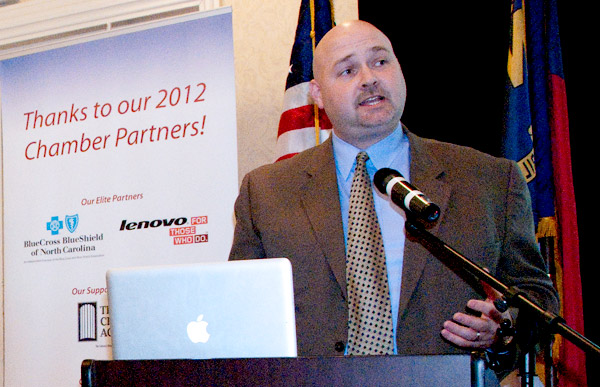 Karen Monna won the 2011 Ambassador of the Year Award. Monna is the Membership Engagement Director at the Cary Family YMCA, where she has worked for 14 years.  She has been a Morrisville Chamber Ambassador for the past three years. 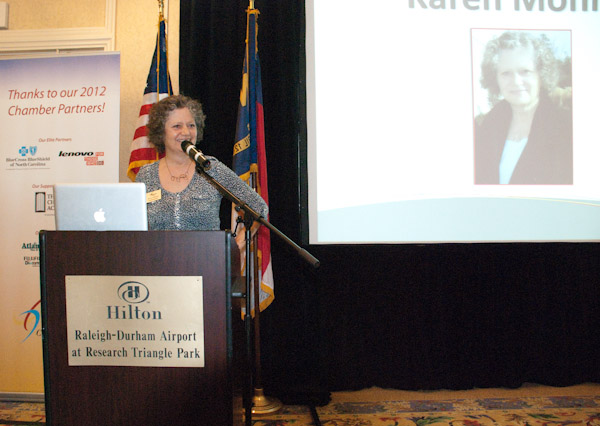 I’d heard of Ryan Allis and his company iContact. But I’d never actually heard him speak. I can say without hyperbole that this 27-year-old entrepreneur blew away the crowd.

First impression: Ryan Allis is the Triangle’s Mark Zuckerberg. Although he probably gets tired of the comparison (I get tired of being compared to Matt Damon, after all), the story lines are similar. 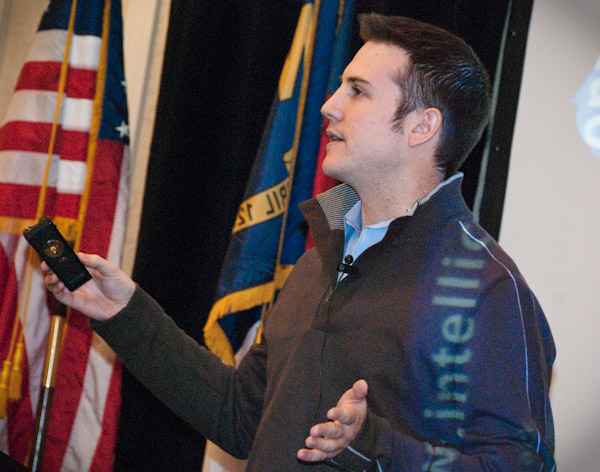 Allis dropped out of a great school (UNC Chapel Hill) to build his company. He threw a mattress on the floor and slept at the office. 10 years later, he 300 employees and $47 million in annual income.

After giving a brief recap of his history, Allis shared a few observations about why he choose Morrisville for his new company headquarters:

Allis neatly summarized all that’s good for business in the Triangle in general and Morrisville in particular. I leaned over and whispered two words to Carlotta Ungaro: “testimonial video.”  She nodded with a twinkle in her eye, either in agreement or in the hopes that I’d shut up.

Finally, Allis made a few observations about the direction of technology in 2012:

Allis mentioned that iContact is a B Corp, a voluntary form of corporate organization that considers social responsibility. The company donates 1% of its output in 4 areas to support charitable organizations:

Allis stuck around for about a half hour after the meeting adjourned to shake hands and chat with anyone who wanted to say hello.

The line was long.

CaryCitizen is a proud member of the Morrisville Chamber of Commerce.