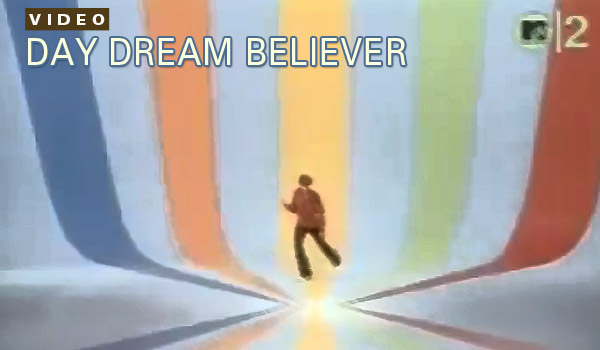 Cary, NC – Davy Jones, lead singer of the Monkees, passed away yesterday in Florida at the age of 66. Facebook and Twitter lit up with tributes, so I thought it might be a good time to post a song that’s been going through my head.

Ex-Monkee Micky Dolenz gave a lengthy interview on Piers Morgan last night. He said his friend David led a healthy life, was involved in horse racing and training (Jones had apprenticed to be a jockey before the Monkees) and that his death was a complete shock. “He would have been the last one I would have thought,” Dolenz said. “I would have thought it would have been me,” he said with a laugh and a flash of the humor that made him such a popular character on the show.

Dolenz said after more than 40 years, he and Jones were great friends. They toured together as the Monkees last summer. “We even got a great review from Rolling Stone!” Dolenz quipped.

Day Dream Believer is a song with a pedigree. It was composed by John Stewart shortly before he left The Kingston Trio.

It was recorded by the Monkees in 1967. According to Wikipedia:

All four Monkees appear on the track, with Michael Nesmith on lead guitar, Peter Tork on piano (he also came up with the arrangement), and Micky Dolenz on backing vocals.

Inside the Eye: Canes Snare Predators, 4-3