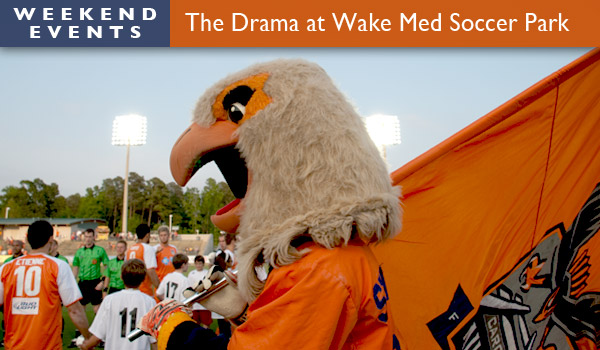 Cary, NC – The big drama this weekend in Cary won’t be on a stage. It will be on the field at WakeMed Soccer Park.

The dark winter is over when the Carolina RailHawks start playing again in Cary. Sunday is their first pre-season game, and it’s a doozie.

The pre-season home opener is against an MLS team. Major League Soccer is for big cities like Los Angeles, home to David Beckham. It’s like the Durham Bulls playing the Cubs.

But the drama goes even deeper: this “friendly” match is against the Vancouver Whitecaps. The man at the helm is Martin Rennie, longtime RailHawks head coach. It’s Rennie’s first trip back to Cary. It’s his homecoming, of sorts.

Will the fans be nice? (Probably) Will the team want to kick his shorts? (Definitely) Can they win? (Maybe)

You can also drive over to Soccer Park and purchase tickets at the box office.